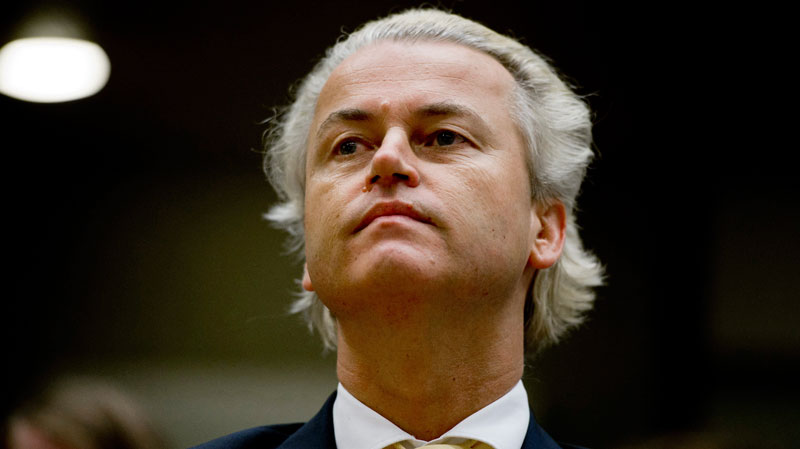 Wilders compared Islam to fascism, warning of what he said the spread of Islam in Australia

SYDNEY – Spreading his anti-Islam message in a new corner of the world, far-right Dutch lawmaker Geert Wilders is planning to visit Australia.

“I hope to be able within … this year, or maybe the beginning of next year, to visit Australia,” Wilders told ABC’s ‘Foreign Correspondent’ program in Amsterdam on Tuesday, September 6.

“I met one of your senators, Senator Cory Bernardi, not so long ago.

“He invited me to help him at least when I would visit Australia, and I will certainly do that as soon as I can.

Senator Bernardi confirmed that he has offered to help arrange meetings and a schedule during Wilders’ visit to Australia.

Expecting the visit to cause a storm of controversy, Bernardi said blocking Wilders from visiting Australia would undermine free speech.

“I think he’s got an important message to heed,” Bernardi told The Herald Sun on Tuesday.

“Any rejection . . . of Mr Wilders’ attempt to come to this country would be a tacit admission that extremism or fundamentalism are already dominating public discourse.”

Spreading his hateful message, Wilders, the leader of the far-right Freedom Party (PVV), compared Islam to fascism, warning  of what he said the spread of Islam in Australia.

“I see Islam as more ideology than a religion,” Wilder to ABC.

Wilders, who has recently concluded a similar visit to Canada and the US, is notorious for his rants against Islam and Muslims.

He has also called for banning the Noble Qur’an, describing the Muslim holy book as “fascist”.

In 2008, Wilders released a 15-minute documentary accusing the Qur’an of inciting violence.

Ahead of last year’s general elections, Wilders’ anti-immigrant party campaigned to “stop the Islamization of the Netherlands”, and the building of new mosques.

His party’s anti-Islam campaigns, however, have helped it make its biggest gains since Wilders has founded it in 2006.

“Geert can take his views back to the gutter he got them from.”

Parliamentary Secretary for Immigration Kate Lundy shared a similar opinion, calling for Opposition Leader Tony Abbott to “clarify if he supports his parliamentary secretary bringing out such a divisive figure and promoting his extreme views”.

Islam is the country’s second largest religion after Christianity.

In post 9/11 Australia, Muslims have been haunted with suspicion and have had their patriotism questioned.

A 2007 poll taken by the Issues Deliberation Australia (IDA) think-tank found that Australians basically see Islam as a threat to the Australian way of life.

A recent governmental report revealed that Muslims are facing deep-seated Islamophobia and race-based treatment like never before.

Senator under fire for ties to Wilders

THE ultra-conservative MP Cory Bernardi has provoked outrage in his party by offering to assist an Islamaphobic Dutch politician who is planning on visiting Australia.

Geert Wilders, who holds the balance of power in the Dutch parliament, likened the Koran to Mein Kampf and called the Prophet Muhammad a paedophile, told ABC radio yesterday of plans to come to Australia by early next year.

Senator Bernardi met Mr Wilders on a recent trip to the Netherlands. ”He did indicate that he was considering coming to Australia and I extended an invitation to assist him with his schedule or arranging appropriate meetings,” he said.

The revelation has angered moderate members of the Liberal Party and renewed calls for the senator, parliamentary secretary to the Opposition Leader, Tony Abbott, to be dumped from the frontbench.

One Liberal said sacking him would make him a martyr and it would be better if he were dumped at the end of the year when Mr Abbott is expected to undertake a minor frontbench reshuffle. ”Cory has crossed the line,” the MP said.

However, after Mr Abbott became aware of the issue, Senator Bernardi issued a further news release ”clarifying” his position.

”I wish to make it very clear that neither I nor the Coalition are organising a visit to Australia by Mr Wilders. Mr Wilders’s travel arrangements are a matter for Mr Wilders,” he said.

Mr Wilders, who was banned from entering Britain in 2009 after he was found to be an ”undesirable person”, may struggle to pass the character test to be allowed into Australia.