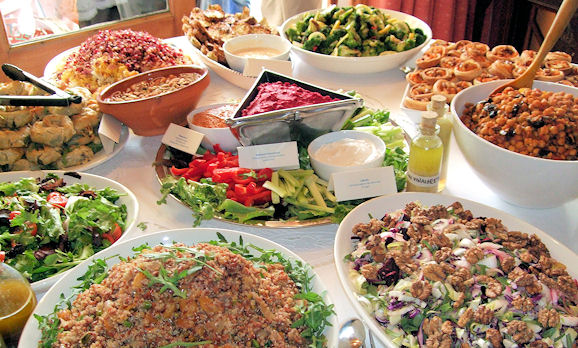 Dubai: From fasting to feasting, the switch between daylight and dusk is swift. Come the evening call to prayer and hotels across the city gear up for a lavish iftar, serving everything from the traditional to the exotic in exceedingly large amounts: so large, in fact, that the majority of diners waste more than they consume, with wastage often reaching a shocking three to four kilograms per person, say chefs and waiters.

The head chef of a three-star hotel in Deira says “the average person consumes up to 400gm of food in a single meal. Yet, hotel iftars prepare multiple dishes, with an approximate serving of 100 grams per person per dish.”

Speaking on condition of anonymity, the operations manager of a chain of five-star hotels agrees that sometimes the amount of food wasted during iftar is “stupendous”.

As most hotels put up large iftar buffets for their clients, it is but natural that a large portion of that food would be wasted, he says. “Most prestigious outlets like to boast of iftars that offer at least 40 to 50 dishes in their buffet. However, it’s beyond human ability to be able to even sample all 50 dishes, much less enjoy a decent serving of each.

“Many of the hotels I’ve been associated with in the past know in advance an average head count for that evening’s iftar, give or take 20. What that means is that the chef would prepare a buffet with serving sizes of approximately 150gm per person, per dish, for their slower moving items, and an average of 250gm per person per dish for their star dishes.”

Star dishes are the fastest moving items on a menu which at least 90 per cent of the diners will partake of. As a result, rice, pasta, potatoes, couscous… these are all made in copious amounts.

Assuming there are 40 dishes in an average iftar, that amounts to about 6kg of food per person, of which 4kg per person may go to waste! “It’s important to remember that a large part of the food waste comes from produce used for decoration more than consumption,” says the French operations manager.

“Restaurants that have a cheese station often decorate the place with grapes and other fruit which, realistically, no one would touch. But because the fruit has come into contact with the cheese and been on display for a certain number of hours there is no way that food can then be recycled.

You eat with your eyes

It’s a well-known fact: The eyes are bigger than the stomach. The head waiter at the iftar of a five-star hotel on Shaikh Zayed Road talks about his never-ending surprise at the amounts of food people pile onto their plates at a buffet. “A lot of our diners eat with their eyes. They feel the need to indulge in a little bit of everything the buffet offers. And the dishes they particularly like, they serve themselves fairly large portions. As a result, people walk around with little heaps of food on their plates and then go about eating less than 50 per cent of that amount. Naturally, all the food left over on a person’s plate makes its way straight to the trash bins. With over 100 diners each day wasting 50 per cent of what’s on their plate, combined with the wastage of what’s left over from the buffet trays, the amounts of food we throw away daily are shocking. “An entire neighbourhood of impoverished fasters could feast on that amount,” says the Moroccan waiter.

Accordingly, another waiter serving at the Ramadan tent of another five-star hotel on Shaikh Zayed Road says “people feel the need to make the most of their money. If someone is paying Dh150 and above for an iftar buffet, it’s often an instinctive need to want to sample everything on offer, for the price they’re paying. Unfortunately, our stomach shrinks a little bit when we fast, and it’s impossible to eat so much at iftar, after 12 hours of starving, without feeling sick or lethargic.”

Nadine R., a British expat, is experiencing her first Ramadan in Dubai. “Back home, we don’t have iftar feasts such as these. Since most of the food in the buffet is new for me, it’s a shame not to want to try a little bit of everything. I’m not depriving anyone else of a meal by helping myself to a bit extra. From what I can see, there’s always plenty to go around.”

Although there are no figures available for Dubai, the Environment Agency of Abu Dhabi released figures in August 2010 showing that approximately 500 tonnes of food gets thrown away in the capital during Ramadan, prompting Abdul Nasser Al Shamsi, Executive Director of EAD, to say that “the amount of food wasted, especially during Ramadan, is totally unacceptable”.

According to official statistics, one third, or 34 per cent, of the waste generated in the UAE comprises discarded food.

Dubai Municipality rules stress on the dangers of food left exposed. “Food served on the buffet can only be kept for a maximum of four hours at the right temperature,” says the chef of an all-day dining restaurant at a four-star hotel in Deira. “Whatever food is left over at the end of the day has to be thrown away.”

Based on off-the-record interviews with chefs and waiters, there is no doubt that while hotels ordinarily waste a large amount of food on a daily basis, that amount goes up considerably during Ramadan.

The operations manager of a five-star hotel told XPRESS that compared to the rest of the year, during Ramadan the amount of food wasted goes up by 25 to 30 per cent. “Although it doesn’t look too shocking when disposing of the contents of a dish into the bin, adding up all those dishes at the end of the night translates to a trash bin overflowing to the brim. The amounts of food wasted are contradictory to the conservative nature of the month,” he says.

Diners at an iftar on the first day of Ramadan agree. “It’s a month of extravagance disguised as a month of quiet reflection,” says D. Tsaring. “If people are so restrictive during the day, what happens to them at night? The same person who fasts during the day turns into a food-consuming monster at night,” says Jane A.

Dr Ahmad Al Kubaisi, a prominent Islamic scholar, says about the uncontrolled excesses in a month of spiritual cleansing. “Islam says to eat moderately, not gorge on food. Ramadan is a spiritual month of reflection and prayer, and to appreciate the blessings of life. One such blessing is food, and it should be consumed in moderation and with discipline.”

Speaking against the ongoing trend of hotels wasting food during iftar, the scholar says that “hotels should not have an overflow of food, which then goes to waste. The meals should be moderate, not excessive. There is a lot of wastage that happens and it should not be that way. [But] hotels are international companies, with their own rules. They will surely not listen to me. But to the people, I would advise them to enjoy food, enjoy the process of breaking their fast, but not to overeat or waste because food is a blessing that should not be wasted.”