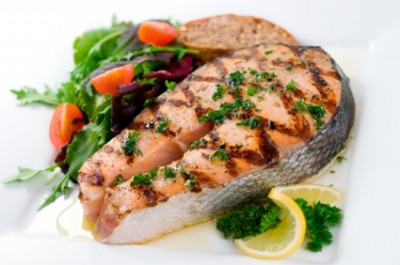 Today it seems that a female rite of passage is dieting. So much of a female’s worth, right or wrong, is tied to how others perceive her and her own idea of body image. Let’s face it; we all want to look and feel good about ourselves. Yet, many fad diets and diet drugs are life threatening. Not too long ago, doctors would hand out Fen-phen (fenfluramine and phentermine) like candy to overweight patients, but it turned out that the deadly combination of pharmaceuticals had a high mortality attached to it. Also, caffeine containing diet pills can cause heart damage or failure.

As a species we never had such an obsession with diets as we do now and our ballooning waist lines in the West and amongst the affluent in the developing world, has made weight loss schemes a real money maker. In my private practice, I avoid the word diet. I refer to my approach on this topic as weight balance, because the word diet has become such a loaded word.

In an effort to unpack this word and to leave no room for ambiguity, I am going to define a diet as a whole system or way of eating. A diet can mean a Mediterranean diet, an Indian diet, or the Atkins diet. A diet is a whole approach to eating. A “diet” that consists of eating only grapefruits does not qualify as a diet, nor does a diet that causes disease like the Standard American Diet (SAD).

The guidelines of halal (permissible) and haram (impermissible) make for the most complete diet because it includes the clause “if it is harmful, it is not permissible.” Now that we are clear on what I mean by diet, it eliminates many outlandish diets like the grapefruit diet.

But which is the best diet to follow for those who wish to lose weight? Vegetarian diets have become a popular choice. The Atkins diet, the low fat-low cholesterol diet, as well as Jenny Craig and Weight Watchers are also very popular. 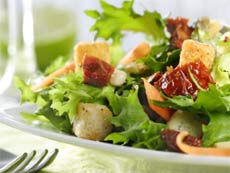 Vegetarianism was started by Hindus as a religious practice. This is not to say that all Hindus are vegetarians. Today, it is mostly viewed as a political statement against the mistreatment of animals. As a diet, it does not sustain robust health. According to research published in the Journal of Applied Nutrition, the vegetarians of Southern India have the shortest life spans on earth (Abrams). This is also not to say that vegetarianism is an unwise diet choice.

When someone comes to me and tells me they are a vegetarian, I really have to see what they are eating. Most of the time, they live mainly on pasta, bread, rice and baked goods. They rarely eat vegetables.

Humans are by design omnivores (both meat and plant eaters). We have teeth that imply both tearing (canines) and grinding (molars). Our one chambered stomachs are also designed for an omnivore’s diet. Animals that chew the cud exclusively like cows, sheep and goats have two chambered stomachs.

Historically, humans have been primarily herbivores (plant eaters). There are instances of cultures living primarily on meat, milk and blood, such as Bedouins, the Massai of Africa and the Inuit tribes of the Arctic. There has been no instance of a primarily vegetarian civilization, which was healthy. However, modern man consumes excessive amounts of animal flesh and that too is unhealthy. A balance and not extremes is what promotes health. If one wants to promote animal rights, eat less meat, buy it organic and hand slaughtered.

It must be said that a vegetarian diet is very effective in curing cancer. One of the side effects of over consumption of meat is that it creates an overly acidic environment in the body which cancer cells thrive in. A vegetarian diet helps alkalize the body, making it less hospitable for cancer. One must be careful to not be too alkaline because you run the risk of being a Petri dish for Candida, bacteria, viruses and other funguses.

Dr. Atkin’s first proposed this diet in 1972. In the last two decades, it has increased in popularity and popularized the “carb sensitive” craze. The diet emphasizes the consumption of proteins and vegetables and limits the amounts of grains and simple carbohydrates. This diet is also referred to as a Paleolithic diet because it closely mimics the way humans historically ate.

Consuming a diet that is rich in protein and fats does not mean the consumption of animal products. Beans, cheeses and milks are also good sources of protein. If you are concerned about your cholesterol, avoid animal products. Yet, just like the vegetarian diet, the Paleolithic diet has its place as well.

The Atkin’s Diet is a building or anabolic diet, where vegetarianism is a cleansing or catabolic diet. This diet is useful for people recovering from an illness, children, post-partum and during pregnancy. Also for people who are engaged in strenuous physical or mental activities (believe it or not, thinking requires a lot of food). 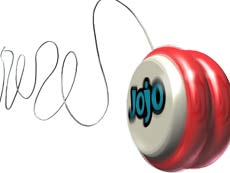 When it comes to diets the low fat diet is a novelty to human history. There are various examples around the world of societies who consumed large portions of animal fat without inducing coronary infarctions (heart attacks). The study of centurions (people who live to 100 years or beyond) discovered that not only did fat comprise a large part of their diet, but so did cholesterol.

Historically, there are no examples of fat or cholesterol free societies. It is only modern man that has attempted such an experiment. There are various reasons for this. One of the very essential functions of cholesterol in the body is to produce sex hormones like oestrogen and testosterone. When sex hormones are not produced in the correct amounts, sterility can be a result. Today in Western and Westernized societies we are witnessing a rise in infertility. A society that cannot procreate, does not survive.

Oddly enough, the body produces cholesterol; it is not solely obtained from food sources. Breast milk also contains large amounts of cholesterol. Cholesterol is essential to brain health and a lack of it can lead to depression and Alzheimer’s. The use of cholesterol lowering statin drugs is marred by an excessively high incidence of Alzheimer’s disease and cognitive dysfunction.

Not all fats are created equal. Some are harmful to us like canola oil (it is unstable and becomes rancid quickly) and hydrogenated oils (man-made oils that alter cell membrane structure). Others are healthful like olive oil, palm oil, ghee and coconut oil. Fats allow our bodies to absorb fat soluble vitamins like vitamins A, D and E.

I do not want to go in-depth with these two popular diets because I believe they are of little value and can pose a health threat. But I do want to mention them because of their popularity.

When you are looking to lose weight, avoid the quick fix. I understand that there are events in our life for which we want to look our most radiant. However, this rapid approach to weight loss will only cause us to gain it all back again and we may even gain more weight than we lost. This approach is called yo-yo dieting. Another serious side effect of a sudden decrease in caloric intake can be depression and cognitive problems.

These weight loss schemes may provide results in some instances, but it is seldom a long lasting reduction in weight. These programs induce weight loss by calorie reduction. Hence, if you eat less, you will lose weight. As long as someone can continue to keep their caloric intake lower than the amount of energy they are using, they will lose weight. This does not mean that calorie counting does not have a place in weight loss.

Nature finds balance, our modern diets have disturbed this balance and now we are suffering from infertility, depression and lifestyle diseases. May Allah bless you and your family with health, wealth and success in this life and in the next.