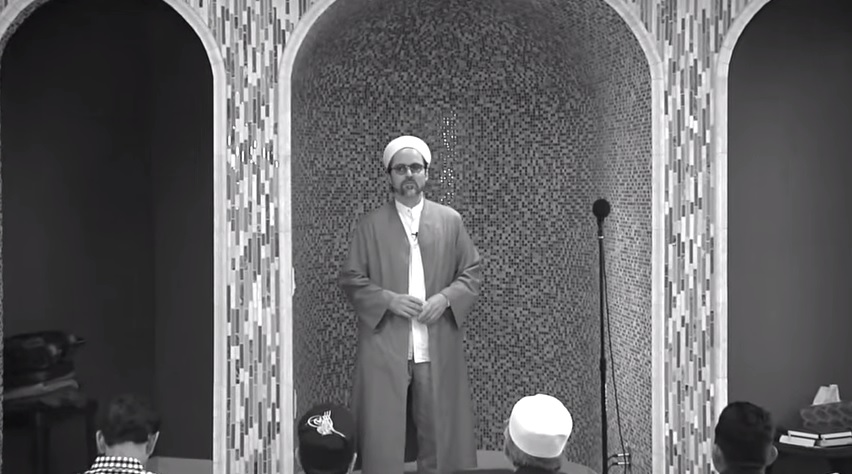 The Crisis of ISIS: A Prophetic Prediction

A Friday Sermon where Shaikh Hamza Yusuf lays bare the reality, with compelling evidence from the Book and the Sunna, behind groups of ignorance like ISIS.

ISIS and the End of Times

Understand that the bulk of apocalyptic literature is riddled with weak narrations and even forgeries. Nevertheless, if a narration with a weak chain speaks about a future event and that event plays out exactly as recorded in the narration, then the narration can be strengthened. Whether or not this narration is sound according to the standards of hadith-authentication can be left for the scholars to discuss, but read this narration and consider it in light of what is going on in the world today. Allah knows best.

Nu’aym b. Hammad records in his Kitab al-Fitan (The Book of Tribulations):

“It is related on the authority of ‘Ali (may Allah ennoble his countenance): ‘When you see the black flags, remain where you are and do not move your hands or your feet (It’s a common phrase meaning: “Stay put and don’t get involved in the fighting”). Thereafter there shall appear a feeble folk to whom no concern is given. Their hearts will be like fragments of iron. They are the representatives of the State (Ashab al-Dawla). They will fulfill neither covenant nor agreement. They will invite to the truth, though they are not from its people. Their names will be agnomens [i.e., Abu So-and-so], and their ascriptions will be to villages. Their hair will be long like that of women. [They shall remain so] till they differ among themselves, and then Allah will bring forth the truth from whomever He wills.’”
عن علي قال: إذا رأيتم الرايات السود فالزموا الأرض ولا تحركوا أيديكم ولا أرجلكم! ثم يظهر قوم ضعفاء لا يوبه لهم، قلوبهم كزبر الحديد، هم أصحاب الدولة، لا يفون بعهد ولا ميثاق، يدعون إلى الحق وليسوا من أهله، أسماؤهم الكنى ونسبتهم القرى، وشعورهم مرخاة كشعور النساء حتى يختلفوا فيما بينهم ثم يؤتي الله الحق من يشاء

1. Black flags: ISIS use black flags.
2. Feeble: They are newcomers to the fight in Syria and relative nobodies till they took swathes of land that was taken by other fighters.
3. Hearts like fragments of iron: Watch any of their videos and judge for yourself.
4. Ashab al-Dawla: They call themselves, the Dawla.
5. Breaking agreements: They broke agreements and refused Shariah arbitration.
6. Invite to the truth, though not from its people: Yes, they’re Khawarij (Separatists).
7. Their names will be agnomens: Of course, they’re a bunch of Abu Fulans.
8. Their ascriptions will be to villages: Villages here could be read as cities; most of them are al-Iraqi, al-Misri, al-Maghribi, al-Tunisi, etc.
9. Long hair: See Abu Ibrahim and the other assorted characters.

Tags: A Prophetic Prediction Sermon by Hamza Yusuf The Crisis of ISIS