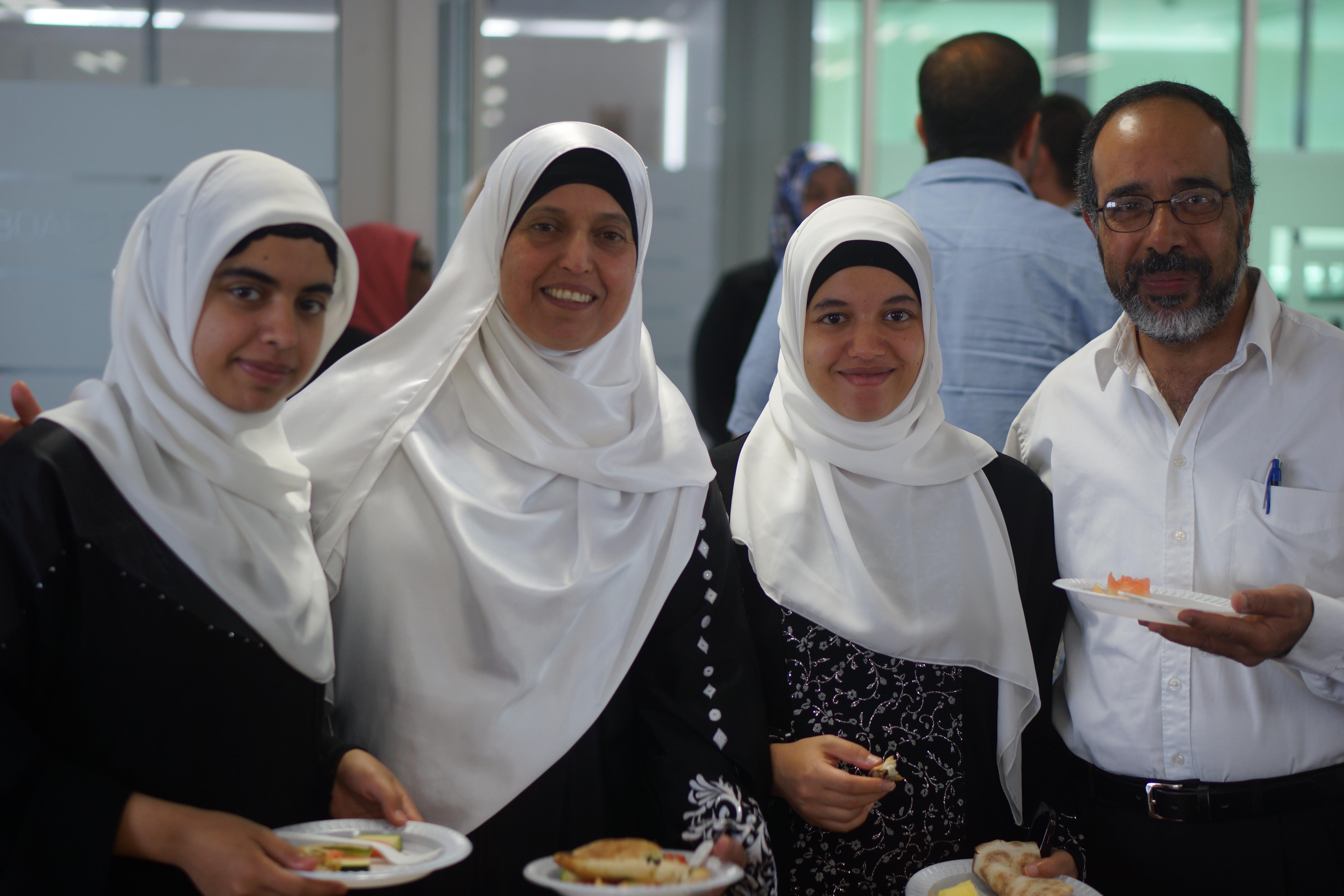 The event was organised by the Islamic Council of Victoria (ICV), Youth Victoria, and sponsored by the Australian Multicultural Foundation. ICV president Nadeem Hussain said it showed ‘the commitment people have to address this issue’.

“It’s important that conversations take place at the community level promoting counseling, psychological and spiritual, for both abusers and the abused,” Mr Hussain remarked.

Tasnim Sammak and her colleagues from the Federation of Australian Muslim Students and Youth arranged for goods for auction to be donated, including hampers, white headscarves from Nasiba Fashion, and books and CDs about Islam’s support for respectful relationships from mybookstore.

As the host of the event and a White Ribbon ambassador Mr Aly said domestic violence was an issue on the global agenda.

“It crosses all borders, faiths, cultures and races,” he said.

A White Ribbon campaign director, Murray McInnis, attended as did other White Ribbon ambassadors from the Muslim community including ICV youth worker Mohammed Elleissy, and lawyer and novelist Irfan Yusuf.

Rashid and Amr Alshakshir from Youth Victoria – a Muslim young people’s group based at the Virgin Mary Mosque in Hoppers Crossing in Melbourne’s west – collated and edited a collection of short videos submitted by nineteen young Muslim men, who recorded themselves taking the White Ribbon oath (“I promise never to commit, excuse or remain silent about violence against women”).

The men represented a wide range of cultural and professional backgrounds, demonstrating widespread support among Muslim men for the goals of the White Ribbon campaign.