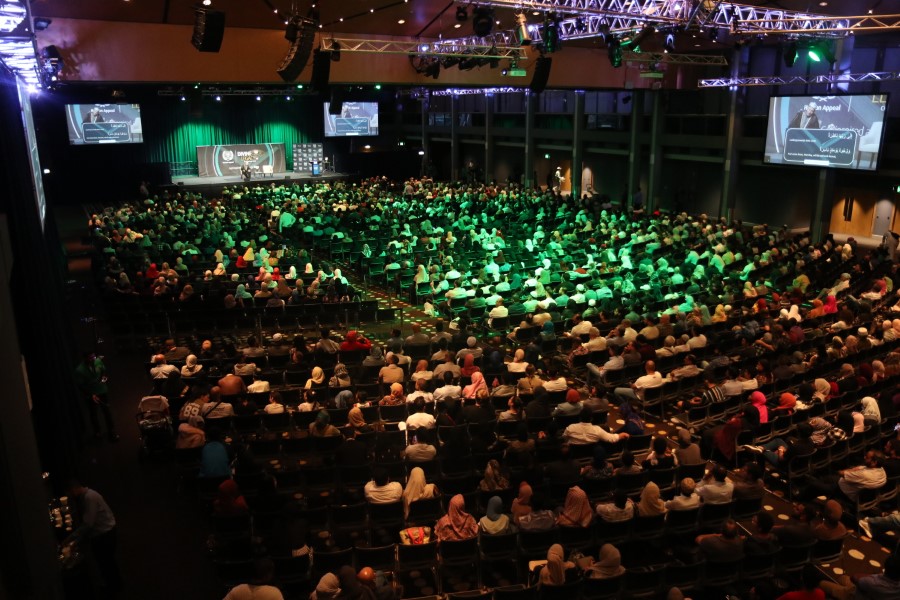 This year’s very popular conference highlighted the topic “Women in Quran”, with carefully selected issues concerning the daily lives of women and their families in the modern world. It also included a fundraising segment designated to help alleviate the hardships of many disadvantaged women and children and their communities.

The program was launched in Melbourne with a full house of 750 attendees at the Lakeside Banquet & Convention Centre, a Theatre Style seating venue catered for the guests who pledged the great amount of $210,000 to help support Human Appeal’s projects for poor and needy women and children.

On the 7th December, the conference moved to Adelaide, with 1100 attendees the amount raised to help those in need exceeded $360,000 pledged towards the projects presented at the venue. the Divine Legacy Adelaide which was held at the Adelaide Convention Centre by far one of the biggest Islamic conferences ever held in Adelaide.

With Sydney being the peak of the conference tour, the program included a family day out, a day conference and a VIP Dinner Conference.

On the 8th of December, almost 2500 participants enjoyed the day and the night conferences with the family oriented day. Sausage sizzle, henna, face painting and Arabic calligraphy. All attractions were offered free-of-charge as a token of appreciation from Human Appeal Australia to the generous community who never failed to stand in support of Human Appeal’s charitable projects.

Sydney managed to fundraise close to $465,000 dedicated to alleviate the suffering of needy women and children across the globe.

Concluding the tour, the Final event took place in Brisbane at the famous Brisbane Convention & Exhibition Centre. Guests were amazed by the Quran recitations and motivational speech by Sh. Mufti Menk. 1600 attendees pledged close to $330,000. The energy in the conference was tangible, highlighting the need for such a visionary inspirational event. The great success Divine Legacy Tour 2019 captured could not have been possible without the trust and confidence of a generous community eager to help millions of disadvantaged people around the world.