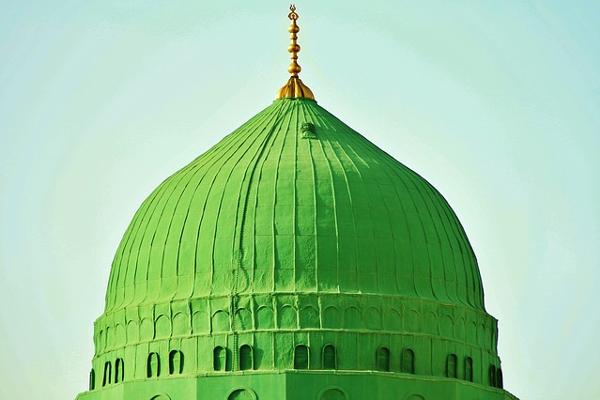 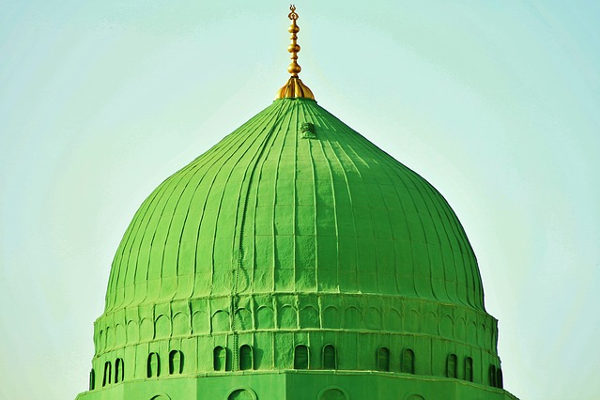 The month of Rabi’-Ul-Awwal is considered to be amongst the most special and significant months, because mankind was blessed with the birth of our beloved Prophet Muhammad (ﷺ). Regarding this special event Allah Most High has stated in the Holy Quran “We have sent him (Muhammad saw) as a source of mercy for the A’alimeen (humans, jinns and all else that exists),” (Surah 21.Al- Anbiya: Verse 107).

Prophet Muhammad (ﷺ), the master of the prophets was born in the holy city of Mecca on Monday morning, the 8th, 9th, 10th, 11th or 12th of Rabi’-Ul-Awwal according to different reports. Ibn Sa’d reports that Prophet Muhammad’s (ﷺ) mother, Aamina, stated regarding the birth of her son “When He (ﷺ) was born, there was a light that issued out of my pudendum and lit the palaces of Syria.” (Mukhtasar Seerat-ul-Rasool)

As is mentioned above Allah Most High has stated in the Glorious Qur’an: “We have sent him (Muhammad) as a source of mercy for the A’alimeen.” Not only was Rasulullah (ﷺ) a source of numerous blessings after receiving the task of prophethood, but from his birth up to his death and until the day of judgment billions of people have and will continue to benefit from his blessings. A clear example of this is when Halimah, the daughter of Abu Dhu’ayb who was accompanied by her husband Harith and a new born son of their own, decided to undertake a journey from a small village situated south east of Mecca to the actual city of Meccah Mukarramah. This was in order to acquire a nursling. She narrates: “It was a year of drought, and we had nothing left. I set forth on a gray she camel of mine, and we had an old she camel with us which could not even yield one drop of milk. We were kept awake all night by our son who was crying due to hunger, for I didn’t have enough in my breast to feed him; and that she camel of mine was so weak and emaciated I often keep the others (Tribe of Bani Sa’d Ibn Bakr) waiting.”

Once everyone began looking for nurslings, Rasulullah’s (ﷺ) mother Aamina offered her son first to one and then to another until finally she had tried them all and they had all refused. “That” said Halimah, “was because we hoped for some compensation from the child’s father.” “An orphan” we said, “what will his mother and grandfather be able to do for us?” Not that they would have wanted direct payment for their service, since it was considered dishonorable for a woman to take a fee for suckling a child. The recompense they hoped for, though less direct was of a far wider scope. For example, creation connections and links with people from the city.

On the other side, though the foster-parents were not expected to be rich, they must not be too poverty-stricken, and it was evident that Halimah and her husband were poorer than any other of their companions. Whenever the choice lay between her and another, the other was preferred and chosen; and it was not long before every one of the Bani Sa’d women except Halimah had been entrusted with a baby. Only the poorest nurse was without a nursling; and only the poorest nursling was without a nurse.

“When we decided to leave Mecca,” said Halimah, “I told my husband: ‘I hate to return in the company of my friends without having taken a baby to suckle. I shall go to that orphan and take him.’ ‘As you wish’ he said. ‘it may be, that God will bless us through him.’ So, I went back and took him, for no reason except that I could find no baby but him. I carried him back to where our mounts were stationed, and no sooner did I put him in my bosom, my breasts overflowed with milk. He drank his fill, and with him his foster-brother drank likewise, his fill. Then they both slept; and my husband went to that old she camel of ours, and amazingly her udders were full. He milked her and drank of her milk and I drank with him until we could drink no more and our hunger was satisfied.

We spent the best of nights, and in the morning my husband said to me: ‘by God, Halimah, it is a blessed creature that you have taken.’ ‘That is indeed my hope,’ I said. Then we set out, and I rode my camel and carried him with me on her back. She outraced the whole troop, nor could any of their camels keep pace with her. ‘Wow!’ They said to me, ‘Wait for us! Isn’t that the same camel you came on?’ ‘Yes, by God,’ I said, ‘She is the very same.’ ‘Some amazing thing has happened to her,’ they said.

We reached our tents in the Bani Sa’d, and I know of no place on God’s Earth more barren than that. But after we brought him to live with us, my flock would come home to me and would be full of milk. We milked them and drank and when others had no milk; our neighbors would say to their shepherds. ‘Go graze your flocks where he has grazed his’, meaning my shepherd. But still their flocks came home hungry, yielding no milk, while mine came well fed, with plenty of milk; and we ceased not to enjoy this increase and this bounty from God until the baby’s two years passed.”

During the pre-Islamic days of Arabia, everyone including the Romans and Persians were in the midst of ignorance and darkness. They were amongst the most uncivilized people the world had seen. Not only were they indulged in evils and vices such as adultery, fornication, incest, rape, stealing and murder they went to the extent of burying their baby daughters alive! Allah Most High has stated in the Holy Quran “And when the news of the birth of a female child is brought to any of them, his face becomes dark, and he is filled with inward grief! He hides himself from the people because of the evil of that whereof he has been informed. Shall he keep her with dishonor or bury her in the Earth? Certainly, their decisions are evil.” (Surah 16. An-Nahl: verse 58-59)

Nevertheless, the Holy Prophet (ﷺ) was sent to this world with the light of monotheism, eradicating all ignorant and uncivilized customs, rituals, practices and beliefs. Allah Most High has stated in the glorious Quran “Indeed Allah conferred a great favor on the believers when he sent among them a Messenger (Muhammad ﷺ) from among themselves, reciting unto them His verses, (The Quran) and purifying them, (from sins by their following him) and instructing them (in) the Book (Quran) and Al-Hikmah, (the wisdom and the Sunnah of the Prophet ﷺ) before that they had been in manifest error,” (Surah 3. Al-Imran: Verse 164).