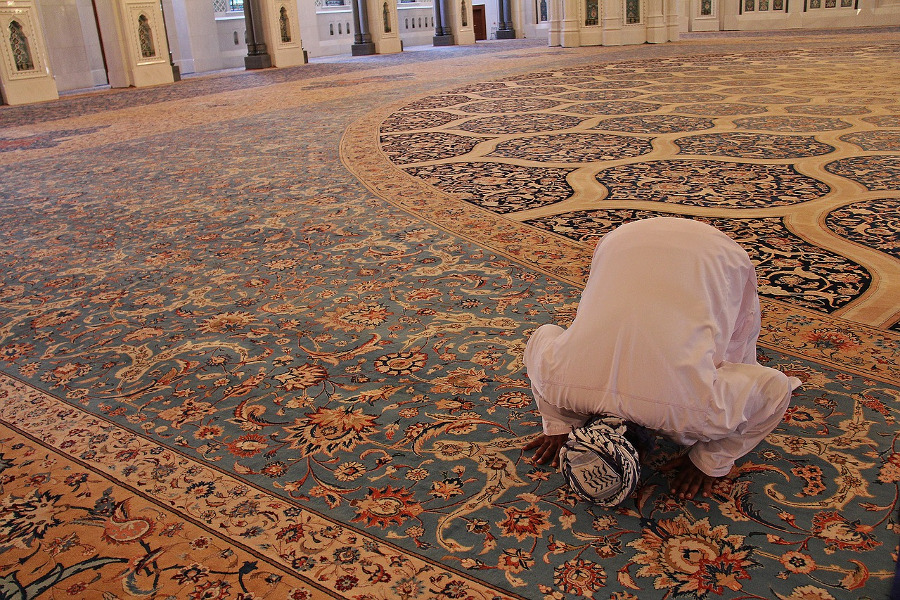 Seeking spirituality takes one places. To accelerate the devotional progress of their souls, devout Christians head to their churches. Observant Jews find themselves en route to their synagogues. And how many a foot is laid upon the earth striding toward a temple in pursuit of the same holy reason?

Yet it is the Muslims, since centuries ago, who have been used to relinquishing the demands of their chaotic selves at the five punctuations of their stated night and day in the heavenly atmosphere of a mosque, a masjid. Its breathtaking structure speaking volumes of the architectural masterminds behind it, the bona fide objective of this divine enclosure is in no way insignificant.

A Peek into the Past

Recalling the early periods of the Makkan life, it is evident that the newly converted Muslims had a hard time observing their faith openly. Not only were they brutalized at the hands of their unbelieving tribal brethren for the articulation of the Truth, they were also dominated by the entire idol-based socio-political system of Arabia.

To spread the message of Islam far and wide, it was crucial to build an establishment that could act at once as a unifying point for all the believers and a beacon radiant of peace and invitation for the rest of humanity. This is why when the Prophet (ﷺ) got the golden go ahead from the Divine to migrate from the violent clutches of the Makkan pagans, he built the first mosque of Islamic history, the Masjid of Quba’. This was surely a monumental event for the sparse Muslim community. Now they had a holy place where they could exercise their belief openly and without the fear of being criticized.

As Prophet Muhammad (ﷺ) traveled further, with his she-camel being divinely guided along the way, the small caravan of eager recipients of the Last Prophet had to stop at the spot the animal would be shown to. And that’s where the ever-blessed foundations of Masjid An-Nabawi were laid down.

This historically significant moment marked the important role this masjid in particular, and the rest of the masajid of the world in general, had to play. The religion of Islam through the building of these mosques received a bolstering support and sent out the message loud and clear that this deen was here to change the fate of humanity and every other sphere of life, be it spiritual, moral, or social.

Enjoying an essential position at the heart of the Muslim community, a masjid actually plays a vital, multi-dimensional role. In the same context, explaining the spiritual function of the mosque, Imam al Qurtubi highlights the key purpose of this blessed sanctuary, which Allah mentions in the Quran with these moving words:

…in Houses that Allah has allowed to be exalted and that His name will be remembered therein–therein, do offer praise to Him, at morning and evening, men whom neither merchandise nor sale beguile from the remembrance of Allah, and from constancy in prayer and paying to the poor their due, men who fear the Day on which hearts and eyeballs will be overturned. (Surat Al-Nur, 36-37).

According to Qurtubi, the literal meaning of “exalted” here implies that masajid are to be constructed in a reasonably impressive manner but without excessive expenditure on them. Furthermore, just as the believers are expected to be ritually clean from the outside, it is equally important for them to cleanse their souls and mind when inside the mosque. Hence, no bickering, shouting, or fighting inside the masjid is to be done at any time.

At Peace and Tranquility

A masjid is a perfect place for refreshing the bond with our One, True Creator. It offers an ideal environment for bringing our troubled minds to ease and is a refuge for those whose hectic lives barely allow them to enjoy a moment’s spiritual contentment.

Bowing and prostrating before their Lord, it’s a rejuvenating experience for most Muslims who find it important to be reminded of their faith at regular intervals five times a day. Not only does this regimen instill a lesson of punctuality (whether amid flourishing trade or a promising deal, the Imam leading the prayer waits for no one), it also establishes the beautiful bond of brotherhood that glues the Muslim community together. Exemplifying all the believers as a single body, the glorious teachings of the Last Messenger exhort Muslim brothers to help each other eagerly in times of troubles and restrain one another in moments of triumph or euphoria.

Serving its fundamental function day in and day out, a masjid also offers the perfect atmosphere for pursuing religious studies. From enlightening Friday sermons to students learning the sciences of the Holy Scripture, this practice draws its inspiration from the prophetic times when a group of dedicated Companions would gain the illuminating gems of knowledge directly from the blessed teacher.

Both Bukhari and Muslim relate a story of three people who entered the masjid of the Prophet (ﷺ). The Companions were sitting in a circle around the Prophet (ﷺ). One of the three found a place and sat. The second sat at the back. The third went away. The Prophet (s) said: “The first person came forward. So Allah came forward to him. The second was shy. So, Allah did not wish to embarrass him. The third turned away. So, Allah turned away from him.”

There is a critical point to be noted though. Throughout their lives, as much as Muslims concentrated on their intellectual and spiritual development, the creative artist in them took their innovative imaginations to beautify their surroundings too. You see the culmination of their genius work in the intricate design of a dome, or the proof of their brilliant engineering in the astutely constructed minaret. They are the now lost beings of mystery that invented and designed ingenious projects from under the thatched roofs of their poor homes. The desire to create aesthetically sound structures was not limited to Muslims. Look at the construction of atrium and basilica in the Christian churches. Behold the building of arks and corbels in Jewish synagogues. These stand in evidence of the concurrent fusion of religion with art and architecture.

The pivotal areas of interest for Muslim architects, for instance, were primarily domes and minarets where they outshone their counterparts. The pioneer in commissioning the construction of the very first minarets on the four sides of the Prophet’s Mosque was Caliph Umar bin Abdul Aziz in the seventh century. Examining this wonderful work of art reveals the customary practice of the past, where the unique design of these minarets was artistically blended in with the local architecture of that time.

Moreover, the construction of star-ribbed domes provided balance and proportion to the mosque as well as stunning visual delight. Later, twelve-ribbed and sixteen-ribbed domes were developed which gave enhanced elegance to the mosque’s structure. Other features like bold works of calligraphy, stained glass designs and elaborate meshwork over walls and ceilings added to the magnificent aura of this holy place.

From Al Haram in Makkah to Al Azhar in Cairo, masajid from around the world sing out with the great contributions rendered in their service by the earliest Muslims in order to seek the pleasure of Allah, the Sublime. Though these blessed souls now rest in peace beneath toned rock and sand, the legacy they left behind can still be seen, felt, and heard beyond the walls and rooftops.

It is, I believe, yet a spiritual imperative upon all Muslims to cherish and respect all the houses of Allah as they should be respected, and our obligation to seek to revive and strengthen our faith within their serene boundaries.