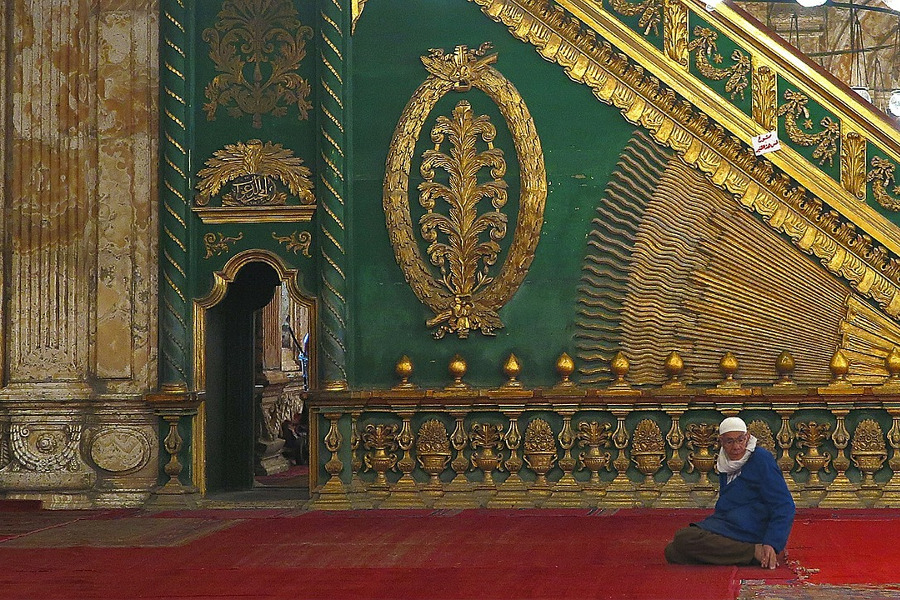 1 . Every Muslim should make preparations for jumu’ah from Thursday. After the asr salaat of Thursday, he should make a lot of istighfaar. He should clean his clothes and keep them ready. If he does not have any perfume in his house, then if it is possible he should try and obtain some and keep it ready so that he will not get distracted with these things on jumu’ah. The pious people of the past have stated that the person to receive the most benefit on Friday will be that person who waits for it and who makes preparations for it from Thursday. The most unfortunate person will be he who does not even know as to when Friday will fall, so much so that he will ask the people in the morning as to which day this is. Some pious people used to go and stay in the jaame musjid from the night of jumu’ah in order to make full preparations for the following day. (Ihya aul-Uloom, vol. 1, page 161)

2 . On the day of jumu’ah, ghusl should be made and the hair of the head and the rest of the body should be thoroughly washed. It is also very virtuous to use the miswaak on this day.

3 . After making ghusl, a person should wear the best clothing that he possesses, and if possible he should also apply some perfume. He should also clip his nails.

4 . He should try and go very early to the jaame musjid. The earlier a person goes, the more reward he will receive. Rasulullah (Allah bless him & give him peace) said: “On the day of jumu’ah, the angels stand at the entrance of that musjid in which jumu’ah salaat is to be offered. They write down the name of the person who enters the musjid first, and thereafter the name of the person who follows, and they continue doing this . The person who entered first will receive the reward of sacrificing a camel in the path of Allah, the one who followed him will get the reward of sacrificing a cow, thereafter a chicken, thereafter the reward of giving an egg as charity in the path of Allah. Once the khutbah commences, the angels close the register and begin listening to the khutbah. ” (Bukhari and Muslim)

In olden times, the roads and alleys used to be extremely busy in the mornings and at fajr time . All the people used to go so early to the jaame musjid and there used to be such a large crowd that it used to look like the days of eid . Later, when this habit was given up, people began saying that this is the first innovation in Islam . After writing this, Imam Ghazali rahmatullahialayh says: “Aren’t the Muslims ashamed of themselves that the Jews and Christians go so early in the morning to their synagogues and churches on Saturdays and Sundays. Those who are businessmen go so early to the bazaars in order to do their buying and selling . Why don’t the Muslims do the same?” The reality of the situation is that the Muslims have totally reduced the value of this blessed day. They do not even know what day this is, and what a high status it has. How sad it is that the day which was more valuable than eid in the eyes of Muslims of the past, which Rasulullah (Allah bless him & give him peace) was proud of and the day which was not granted to the previous nations has become so dishonoured at the hands of Muslims today and it is such a great ingratitude to the favour of Allah Ta’ala that the consequence of all this can be seen with our very eyes. ”

5 . By going walking for the jumu’ah salaat, one gets the reward of fasting for one year for every step that he takes. (Tirmidhi)

6 . On Fridays, Rasulullah (Allah bless him & give him peace) used to recite Surah Alif Laam Meem Sajdah and Surah Hal Ataa, in the fajr salaat . These Surahs should therefore be occasionally recited in the fajr salaat on Fridays . Occasionally they should be left out so that people do not regard their recitation as wajib.

7 . For the jumu’ah salaat, Rasulullah (Allah bless him & give him peace) used to recite the following Surahs: al-Jumu’ah and al-Munaafiqun, or al-A’la and al-Ghaashiyah .

8 . There is a lot of reward in reciting Surah Kahf either before the jumu’ah salaat or after it. Rasulullah (Allah bless him & give him peace) said: “The person who recites Surah Kahf on Fridays, a nur will appear for him from below the arsh as high as the skies. This light will help him in the darkness of the day of resurrection . And all the sins which he may have committed from the last Friday till this Friday will be forgiven . ” (Sharh Sifrus-Sa’aadah) The ulama have written that this Hadith refers to minor sins because major sins are not forgiven without making taubah.

9 . There is more reward in reciting durood on Fridays than on other days . It has been mentioned in the Hadith that durood should be recited abundantly on Fridays .

The Virtues and Importance of Jumu’ah Salaat

Jumu’ah salaat is fard-e-ayn . It has been established from the Quran, Hadith and the consensus of the ummah. It is one of the most salient features of Islam. The person who rejects jumu’ah salaat is a kaafir. The one who misses it without any valid excuse is a faasiq.

Translation : “O you who believe! When the call for jumu’ah salaat is made, hasten towards the remembrance of Allah Ta’ala and leave all transactions. This is best for you if only you know . ”

In this verse, “remembrance” refers to the jumu’ah salaat and khutbah. “Hasten” means that one should go with great concern and care.

2 . Rasulullah (Allah bless him & give him peace) said: “The person who has a bath on Friday, purifies himself as far as possible, applies oil to his hair, applies perfume, leaves for the musjid, when he arrives at the musjid he does not sit down by removing anyone from his place, offers as many nafl salaats as possible, when the imam delivers the khutbah he remains silent – then his sins from the previous jumu’ah till now will be forgiven. ” (Bukhari)

3 . Rasulullah (Allah bless him & give him peace) said: “The person who has a bath on Friday and goes early to the musjid  on foot, and not by a vehicle, listens to the khutbahand does not do any foolish act while it is being delivered, will get the reward of one year’s ibaadah, one year’s fasting, and one year’s salaat; for every step that he takes. ” (Tirmidhi)

4 . Hadrat Ibn Umar and Abu Hurayrah radiallahu anhuma narrate that they heard Rasulullah (Allah bless him & give him peace) saying: “People should abstain from leaving out jumu’ah salaat If not, Allah Ta’ala will put a seal over their hearts whereby they will fall into severe negligence. ” (Muslim)

5 . Rasulullah (Allah bless him & give him peace) said: “The person who misses out three jumu’ah’s without any valid reason, Allah Ta’ala puts a seal over his heart. ” (Tirmidhi) In another narration it is mentioned that Allah Ta’ala becomes displeased with him.

6 . Taariq bin Shihaab radiallahu anhu narrates that Rasulullah (Allah bless him & give him peace) said: “The jumu’ah salaat with jama’at is a duty which is wajib on every Muslim with the exception of the following four persons: (i) a slave, that is the one who is owned by someone according to the rules laid down by the Shariah, (ii) a woman, (iii) an immature boy, (iv) a sick person. ” (Abu Daud)

7 . Ibn Umar radiallahuanhu narrates that Rasulullah (Allah blesshim & give him peace) said the following in regard to those who leave out jumu’ah: “It is my earnest desire that I appoint someone as imam in my place while I go and burn the homes of those who do not attend the jumu’ah salaat. ” (Muslim) A similar Hadith has also been related with regard to leaving out jama’at. We have mentioned this Hadith previously.

8 . Ibn Abbas radiallahuanhu narrates that Rasulullah (Allah blesshim & give him peace) said: “The person who leaves out jumu’ah salaat without a valid reason is written down as a hypocrite in a book that is absolutely protected from any changes and modifications. ” (Mishkaat) In other words, he will be labelled as a hypocrite forever. However, if he repents or Allah forgives him solely out of His mercy, then this is another matter.

9 . Hadrat Jaabir radiallahuanhu narrates that Rasulullah (Allah bless him & give him peace) said: “Jumu’ah salaat becomes obligatory on the person who believes in Allah Ta’ala and the last day, except for the sick,musafir, woman, child, and a slave. If a person occupies himself in something unnecessary, or in some transaction, Allah Ta’ala also turns away from him and does not worry about him and Allah is worthy of all praise. ” (Mishkaat) In other words, He is not affected by anyone’sibaadah nor does He benefit in any way. His essence and being will remain the same irrespective of whether anyone praises Him and worships Him or not.

10 . Hadrat Ibn Abbas radiallahuanhu says that the person who leaves out several jumu’ah salaats consecutively has in fact turned away from Islam. (Ash’atulLama’aat)

11 . A person asked Ibn Abbas radiallahuanhu regarding a person who passed away and who should not join the jumu’ah and jama’at salaats: “What do you have to say regarding such a person?” He replied: “That person is in jahannam . ” This person continued asking him this question for a full month and he gave him the same reply. (Ihyaa ul-Uloom)

Even by merely glancing at these Ahadith, one can come to the conclusion that the Shariah has laid great stress on jumu’ah salaat and that severe warnings have been given to the one who leaves out jumu’ah . Can a person who claims to be a Muslim still have the audacity of leaving out this fard duty? [end of section quoted from Heavenly Ornaments]