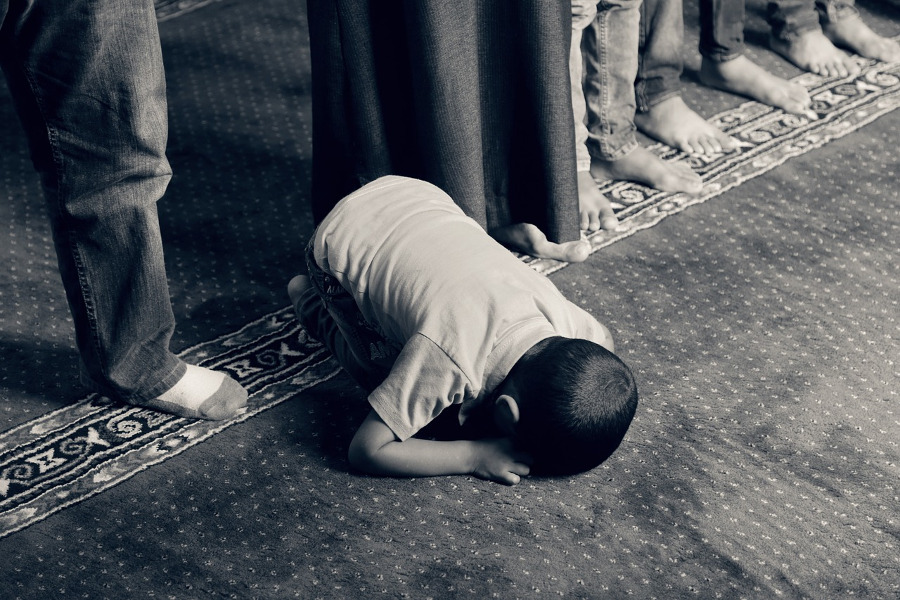 On 7th April 2006, Shaykh Abdullah Kapodravi (Allah preserve him), a prominent scholar from India, made an impromptu speech before Salat  al-Jumu`ah Jumma Masjid, Batley, England. He highlighted the dangers facing Muslims in today’s turbulent times, pleading Muslim parents to focus on their responsibilities, and asking the audience to implement the teachings of Prophet Muhammad, Sallallahu Alayhi Wasallam. The Shaykh is a prolific writer, orator and educationalist, who served as chancellor of Darul Uloom Tadkeshwar, India for 28 years. He has traveled extensively in the Islamic world and the West. He is aged 74, and currently resides in Canada. The speech was translated and edited by Sulaiman Kazi.

All praise is due to Almighty God, Allah, and may He, the Exalted, bestow His peace and blessings upon Prophet Muhammad, Sallallahu Alayhi Wasallam, upon his good and pure family, as well as upon all of the noble companions, and upon those who follow them in righteousness until the Day of Judgment.

Friends, a very serious issue that confronts the Islamic world today is the character of our youth, which is far removed from Islamic teachings. When I read newspaper accounts about the behavior of our youth my heart cries with pain. I anguish where is the Ummah heading? Could anyone have imaged that in this Ummah a mother would have an illicit relationship with her son? Lamentably, this is happening. A Muslim youth would be drinking? A Muslim youth would be stealing? A Muslim youth and s/he has no respect towards his/her elders? Bad character is manifesting itself everywhere. And the Prophet Muhammad, Sallallahu Alayhi Wasallam, was sent into the world to correct human conduct and morals. As the famous poet Shauki said: “In the world communities are raised with noble conduct, communities are obliterated with bad character.”

We have become addicted to criticizing others. So and so is doing such and such. Day and night we are accustomed to leveling accusations against others. Do we not consider what we are doing? Which direction our community is heading? The biggest responsibility that falls on the Muslim Ummah is to provide correct Islamic teachings and instill excellent morals and character in our children. No matter what education they pursue the paramount consideration must be for our children to develop a strong Islamic moral character. They must never lie, never deceive anyone, nor look towards strange women. Should they be a shopkeeper then they must not misappropriate even five pence. A community imbued with good morals always ascends. This is a universal principle that holds true in all times. And a morally bankrupt community always degenerates and becomes devoid of progress. We need to inculcate good habits in our children. This is imperative for our progress.

Pitifully our situation is such that we send children to Maktabs (supplementary religious schools) from the age of 6 or 7 but when they attain the age of 12 they leave the Maktabs but continue to pursue schooling. These children then have no contact whatsoever with the glorious Qur’an or any Islamic books. In fact between the ages of 12 and 24 a young person is most susceptible. This point is confirmed by educationalists. During this period if a child’s guidance and upbringing is overlooked or neglected then s/he will not remain steadfast on Islam.

My friends, I am sitting in the Masjid and testify to you that our society is in a state of decadence and our children and youth are going astray, totally pursuing a wayward life. For Muslim parents, the need to provide sound Islamic upbringing should take precedence over all other responsibilities they owe to their children. Life is constituted of good morals and character. The Prophet, Sallallahu Alayhi Wasallam, was sent into the world for teaching good character to humanity. Within such a short period of time, he established such splendid character among his Companions. Today, there is no parallel to these people. The character of Abu Bakr, Umar, Osman, Ali, Radhiallahu Anhum – who nurtured their character and made them who they were? Undoubtedly, they were taught by Sayyidina Muhammad, Sallallahu Alayhi Wasallam. Those who sat in the company of Prophet Muhammad, Sallallahu Alayhi Wasallam, their character was raised to sublime heights. After departing from the Prophet’s company, Sallallahu Alayhi Wasallam, they would never again speak a lie, oppress anyone. And if ever they happened to utter something wrong it would agitate and stir great remorse. Once Sayyidina Abu Bakr, Radhiyallahu Anhu, was seen pulling his tongue and rebuking himself: “How could I have said a harsh word to my fellow Muslim brother.” Nowadays we tend to lie, gossip, and backbite whilst forgetting the heart of a Muslim will be hurt.

At this moment the most important duty that falls Muslim parents is to impart correct Islamic education to their children and inculcate sound Islamic character. Our character should be of such a high standard that humanity is drawn to Islam. What kind of bad character is this: there was a public demonstration in Lucknow, India against the publication of cartoons in Denmark depicting the Prophet, Sallallahu Alayhi Wasallam. During the demonstration evil slogans were being chanted, shop-keepers were forced to shut their shops – including shops belonging to non-Muslims, car windows smashed, cars set alight in the street. What kind of emotional and irrational response is this? To illustrate your protest at the publication of cartoons you are recklessly damaging property. Where is the sense in this?

Recently, in France a government minister made controversial comments about immigrants and Muslim youths rioted by burning around 10,000 cars in Paris. At the time of this flare-up, I was visiting Reunion Islands. Two representatives of the French government were also there as guests to celebrate 100 years of the establishment of the mosque in St Dennis. They became aware that scholars were present from the Indian sub-continent. They approached me and one of the first things they asked me was regarding the burning of cars, how Islam viewed such acts? I replied categorically that these actions had no bearing with Islam. What is wrong must be pointed out as such. Sometimes there is a tendency to cover up the wrong doings of Muslims, justifying the actions by saying it was done by Muslims so it is acceptable to turn a blind-eye. No, what is wrong must be categorized as wrong irrespective of who has done it.

My dear Prophet, Sallallahu Alayhi Wasallam, exemplified the noblest character. Despite being hit with stones and bleeding profusely, so much that when angels were sent asking him to order that the mountains of Taif crush the perpetrators belonging to Banu Thaqif, he replied, “O Allah, grant my people guidance.” He did not retaliate in the least as he was sent as a mercy for mankind and to guide humanity to the truth and beauty of Islam.

Patience, steadfastness and good character are prerequisites for being a good Muslim. Muslims need to create awareness and understand the challenges they are facing. It pains me to see how apathetic Muslims have become. We must always be on our guard that our wrongdoings should not blemish or tarnish the image of Islam.

May Almighty Allah grant us understanding of the challenges that face us, protect us and grant us all the Tawfiq (strength and ability) to practice the wonderful teachings of Prophet Muhammad, Sallallahu Alayhi Wasallam. Ameen.

Praise be to Allah, the Lord of the Universe.