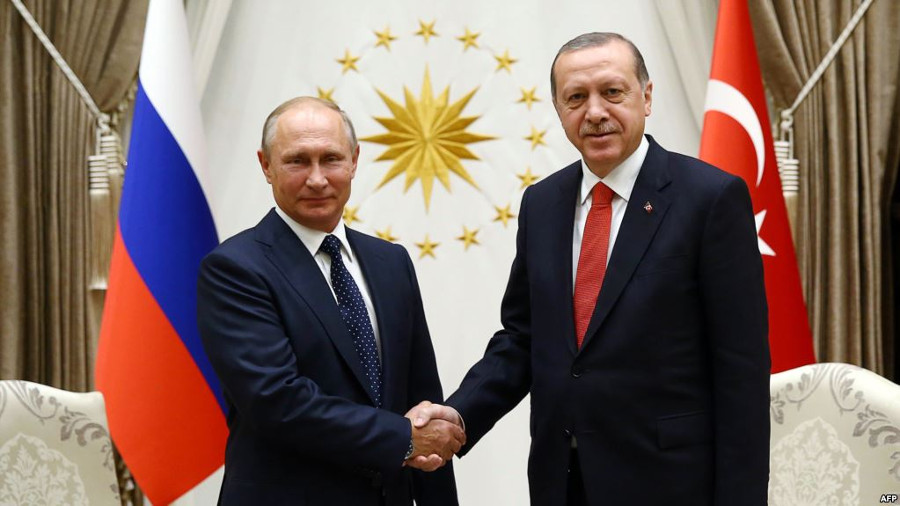 Turkey’s president has said his country will proceed with plans to purchase the advanced S-400 air-defense system from Russia despite pressure from the United States to scrap the deal.

“We made the S-400 deal with Russia, so it is out of the question for us to turn back,” President Recep Tayyip Erdogan told journalists in Ankara on February 16.

U.S. officials had given NATO-member Turkey an informal deadline of February 15 to respond to a rival U.S. offer to purchase a Patriot missile-defense system for $3.5 billion.

Erdogan said Turkey was still open to purchasing the Patriot systems, but Washington has said it would withdraw the offer if Turkey goes ahead with the deal with Moscow.

“We continue our work based on the promise of the S-400 deliveries in July,” Erdogan said.

On February 6, Dmitry Shugayev, head of Russia’s Federal Service for Military-Technical Cooperation, told the daily Kommersant that Russia expected to complete the deal with Turkey “by fall of 2019.”

Earlier media reported that Turkey will buy four battalion S-400 units for a price of $2.5 billion.

Based on reporting by Interfax, Kommersant, Reuters, and TASS.