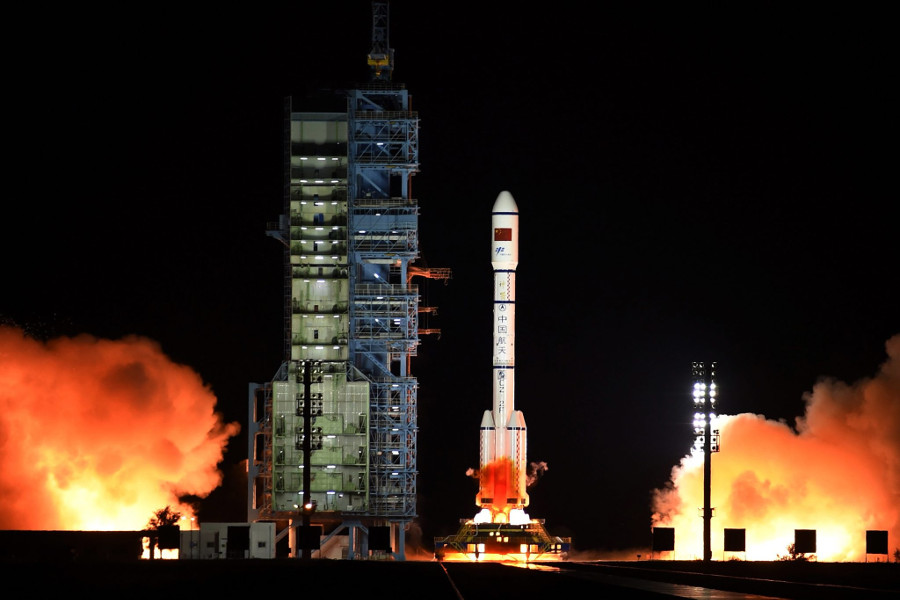 An Ariane 5 rocket put the satellite into orbit, the Saudi Press Agency (SPA) reported this evening, citing a statement by King Abdul-Aziz City for Science and Technology (KACST). Saudi Crown Prince Mohammad bin Salman bin Abdul-Aziz signed the fi- nal piece of satellite before its launch with the words, ‘above the clouds.’ Minister of Energy, Industry and Mineral Resources Khaled bin Abdul- Aziz Al-Falih hailed the event as ‘a spectacular national achievement.’ ‘This achievement is the fruit of the great support provided to the Kingdom’s research and development sector by King Salman bin Abdulaziz Al Saud and the Crown Prince,’ Eng Al-Falih, also chairman of the KACST, said.

The launch is part of Saudi Vision 2030, which aims at localizing strategic technologies in the Kingdom, increasing local content and enabling Saudi young people to work with advanced state-ofthe- art technologies in the field of satellite development and manufacturing.

The SGS-1 was developed in collaboration with Lockheed Martin; the process included the qualification of a number of Saudi engineers in compliance with the standards and requirements adopted by the company. The process is part of transfer of technological expertise and know-how to the Saudi cadres.

In a statement, Indian Space Research Organisation (ISRO), which is primary research and development wing of the Department of Space, said that the communication satellite was launched successfully during the early hours at Indian time 2:31 am from Kourou Launch Base, French Guiana. GSAT-31, with a lift-off mass of 2,536 kg ‘will provide continuity to operational services on some of the inorbit satellites.’