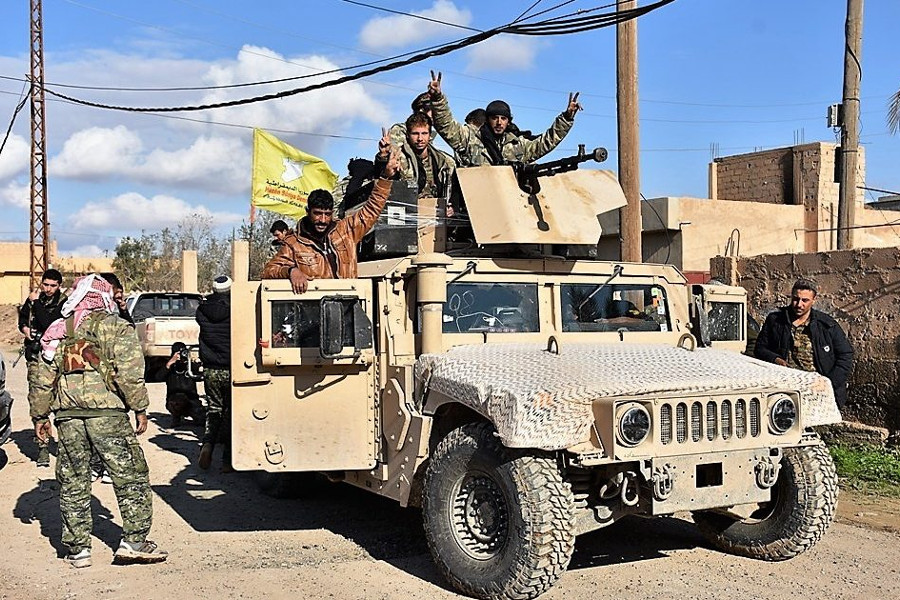 More than 600 people were evacuated on Saturday from the Islamic State (ISIS) group’s remaining holdout in eastern Syria, a monitor said, as US-backed fighters prepared for a final assault on the area.

“More than 600 people, mainly women and children, were evacuated on 25 buses sent” by the Syrian Democratic Forces (SDF), the Britain-based Syrian Observatory for Human Rights said. Observatory head Rami Abdel Rahman said several dozen militants were among those evacuated to areas held by the Kurdish-Arab alliance.

The SDF, backed by air strikes from a US-led coalition, in September launched an offensive to oust ISIS from the rump of the once-sprawling “caliphate” it proclaimed in 2014, AFP said.

The ISIS militants who remain include seasoned fighters who are prepared to die in a last stand. The Euphrates River area of the eastern province of Deir Ezzor near the border with Iraq is considered the remaining ISIS territory, according to the Arab News.

In mid-December, the SDF took Hajin, the last town of note in the ISIS-controlled area, signaling the imminent fall of the last bastion.

Still, the fight to eliminate the remaining pockets of ISIS was shaken by US President Donald Trump’s shock December announcement that he is withdrawing US troops from Syria. Secretary of State Mike Pompeo on Saturday sought to reassure Washington’s Kurdish allies in the fight against ISIS, who fear the departure of American troops may allow Turkey to attack them.

Pompeo said on Saturday in Abu Dhabi that he was optimistic that a “good outcome” could be reached between Turkey and Syrian Kurdish groups, after speaking to the Turkish foreign minister, Reuters reported.

“We recognize the Turkish people’s right to defend their country from terrorists, but we also know that those who are not terrorists and fighting alongside us for all this time deserve to be protected,” Pompeo told reporters. “There are many details to be worked out but I am optimistic we can achieve a good outcome,” he said.

Pompeo described the US exit as a “tactical change” in military strategy that wouldn’t deter efforts to defeat ISIS or hurt US interests in the region, NPR reported.

Abdel Rahman said 16,000 people, including 760 ISIS fighters, have fled the area since the start of December. But “this is the first time that buses have been provided by the SDF and coalition”, he said, suggesting a deal had been struck between the warring sides.

The United Nations said on Friday that about 25,000 people have fled the violence over the last six months as the die-hard militants have battled to defend their dwindling bastions.

An estimated 2,000 civilians remain trapped in the area around the town of Hajin, the UN said.

The US-led coalition on Saturday fired more than 20 missiles against ISIS positions, the Observatory said.