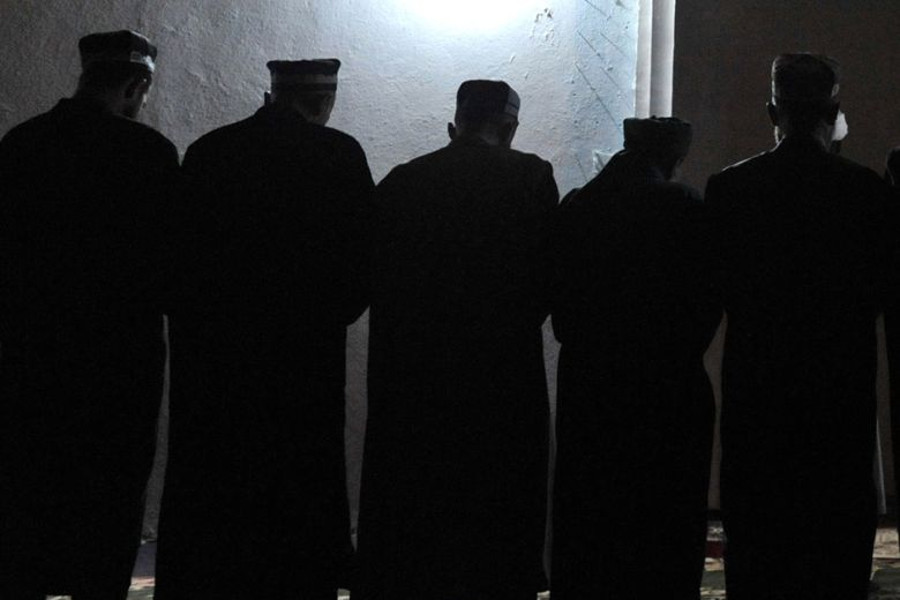 DUSHANBE — Authorities in Tajikistan are being accused of stepping up a yearslong campaign against full beards by denying international passports to men who turn up bearded for their photos.

President Emomali Rahmon has publicly discouraged beards, which are regarded by many officials in this impoverished Central Asian state as a foreign intrusion on local culture or a telltale sign of religious or other extremism.

During one recent week, more than a dozen Tajik men told RFE/RL’s Tajik Service that passport officials had demanded that they return without beards if they want those essential international travel documents.

“They told me directly at the state visa and registration department that a passport for a man with a beard is only possible if the applicant is over 60 years of age,” 51-year-old Soleh Navruzov said after being denied a passport when he submitted a photo of himself with a beard.

“I’ve already made the hajj,” Navruzov added, “I’m not going to shave my beard for a [new] passport.”

Another applicant, Badriddin Safaraliyev, from Hisor outside the capital, said he shaved in order to comply.

“I’m going on the hajj,” Safaraliyev said of the pilgrimage to Mecca that all Muslims are supposed to make once in a lifetime. “When [Interior Ministry officials] told me they couldn’t glue my photo with a beard into the international passport, I immediately went to get my beard shaved, since there’s a barbershop in the same building.”

Safaraliyev showed RFE/RL his previous passport — in which he was shown with a beard — as evidence of no previous whisker ban.

Mirali Abdurahmonov, the deputy head of the Interior Ministry’s visa and registration department, told RFE/RL on January 8 that there was no official ban on issuing passports with bearded photos.

However, he then went on to make it sound less clear-cut.

“But the beard must be clean, well-kept, and well-groomed,” Abdurahmonov said. “Some younger people have long beards and they’re not well-groomed. A passport is an [important] document and to obtain it you must comply with all the necessary rules and conditions.”

In 2011, soccer player Parviz Tursunov was prevented from playing in Tajikistan’s national championship game after he refused to shorten his beard. He eventually quit the Tajik league and moved to Dubai before eventually seeking asylum in Europe.

Some 97 percent of Tajiks are Muslim, but religious activities were strictly limited during seven decades under Soviet domination.

In addition to their more recent clear discouragement of long beards for men, Tajik officials have imposed strict dress codes against “imported” styles including the Muslim head scarf, known as the hijab, for women.

Rahmon is a leading advocate of a secular cultural life for Tajikistan’s 8.5 million people, who have contributed a disproportionately high number of militants to Islamic State (IS) and other radical groups in Syria and Iraq in years past.

Rahmon gave a televised address in 2017 in which he urged Tajiks not to grow beards or wear the hijab. “Love God with [your] hearts,” he said, not through “external attributes” like beards.

The apparent curb on facial hair got public support in October from Saidmukarram Abdulqodirzoda, the chairman of Tajikistan’s state-appointed Islamic council.

“This action is justified by the need for security and the ability to match the passport photo to the actual face of the person. This initiative will help to better identify [Tajik citizens],” Abdulqodirzoda said, noting the presence in Tajikistan of members of “different ethnic groups from neighboring Afghanistan.”

In recent years, thousands of Tajik men have been stopped by police or security forces on the streets or in markets and had their beards forcibly shaved.

Bahrom Sharifzod, the Interior Ministry’s Khatlon-region head in 2015, said that nearly 13,000 men had been ID’d and fingerprinted that year before getting their faces shaved.

A similar approach was reported more recently, in December, against Tajik migrants traveling to Russia. Russian guards on the Kazakh-Russian border demanded that the Tajiks shave their beards, even handing them electric razors to do it with.