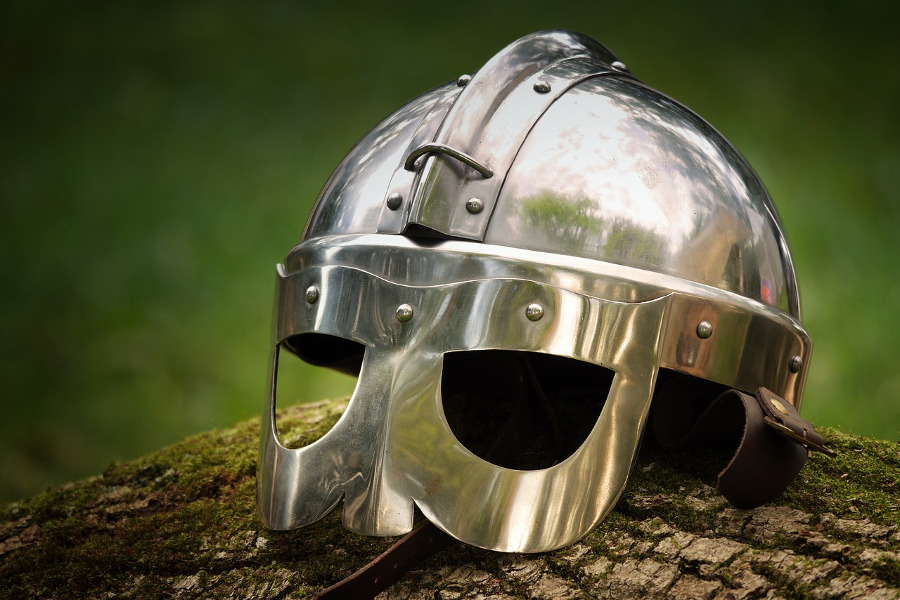 Here are some Urdu verses of poetry with their English translation:

The world was watching with great amazement

It was we who fell into a deep slumber of indifference.

O you believers, there is still time, let us become alert.

Wake up and awaken others to confront our enemies.

With new enthusiasm let us once again wave Islam’s flag.

In the above verses we are asked to confront our enemies.

Now let us ponder on who these enemies are and how we can confront and overpower them.

These enemies can actually be divided into two categories:

First category: Enemies who are in human form and who are opposed to Islam and who are trying their level best to bring its downfall.

Second category: This category consists of four enemies. They are always with us or around us and they can become hindrance to our spiritual development.

To know these four enemies of the second category we just have to look at the Urdu word ‘DUSHMAN’, which actually means ENEMY in English.  It contains the initial syllables or sounds of the Urdu names of all the four enemies as follows:

DU: Dunya or the materialistic world.

SH: Shaytan or the Devil.

N: Nafs our inner self or soul.

Now let us look at each of these enemies in turn.

The Dunya, with all its glitter and glamour, is a very enticing place. At times, we get so carried away by it that we become its slaves and forget our Lord. Our purpose of coming to this world is to do His Ibadah or to worship the Almighty who has given us this life and our aim should be to gain His pleasure only.

It is very sad that many of us tend to live lives that are totally against the commands of Allah, Most High and the Sunnah of the Messenger of Allah (Allah’s peace be upon him) because of our intense attachment to Dunya. Remember, living a lavish lifestyle and possessing ultra-modern cars, luxurious houses, state-of-the-art digital devices and putting on very expensive branded clothes are some of the signs of the deep love for this Dunya.

This is the same Dunya that is not worth even a mosquito’s wing in front of Allah Most High. Sahl bin Sa’d (Allah be pleased with him) narrated that the Messenger of Allah (ﷺ) said: “If the world was worth a mosquito’s wing to Allah, He would not have given the disbeliever even a sip of water.” (Tirmidhi).

Just imagine, we are travelling by ocean in a boat. As long as the water of the ocean does not enter our boat we are safe. However, the moment we let that water get into our boat then we are at great risk.

In the same manner while we are using Dunya to fulfill our needs we should not let it take our control otherwise our imaan can be put in a great jeopardy.

In short Dunya can become a hindrance to gain entry into Jannah and as such we should consider it as our enemy.

Shaytan is our vehement and open enemy! He has no desire or goal other than to corrupt our beliefs and to wreak havoc on our Imaan. If we do not fortify ourselves from him through remembrance of Allah, resorting back to Him and seeking refuge with Him, we can become a breeding ground for Shaytan. He can lure us to actions of disobedience, entice us to perpetrate prohibited matters and push us to embark upon lewd sins. What an annihilation of our religion it can turn out to be and what a corruption of our Imaan can it be if we submit to him!

Ibn al-Qayyim, May Allah have mercy upon him, says: “Beware of enabling Shaytan to establish himself in the very home of your thoughts and intentions, as he will corrupt them in such a manner that will make difficult its correction thereafter. He will cast all sort of whisperings and harmful thoughts at you and he will prevent you from thinking about what may benefit you and it is you who have aided him against yourself by empowering him over your heart and thoughts and he then placed you in the possession of such thoughts.” [Al-Fawaa’id, pg. 309]

Further, Allah has warned us against following him and commanded us to bear animosity towards him and to oppose him, He says:

“Undoubtedly Shaytan is an open enemy to man!” [Surah Yusuf 12:5]

Mahol or our social environment

Our lifestyle can greatly be influenced by our social environment.

All of a sudden one of the ladies from our family decides to stop putting on her Niqab just because her neighboring friend does not put one.

At times some of us would stop going to the Masjid just because our neighbors and our friends are not going.

However, the major evil created by the social environment is the craze amongst today’s Muslims to follow the latest fashions without even ensuring that the trends they are adopting are within the parameters of Shari’ah.

Thus, the way we and our family members dress-up, the social functions and other gatherings we attend, the way we bring up our children, etc. can cease to be in accordance with the Islamic Shari’ah because of the wrong influence of the social environment we are living in.

The problem occurs because of our tendency to follow ‘the crowd’.

Ibnul Qayyim ‫(may Allah have mercy on him) said, “Tread the path of truth and do not feel lonely because there are few who take that path. But beware of the path of falsehood and do not be deceived by the vastness of the Perishers.”

In short our un-Islamic environment can become our enemy.

The word Nafs can mean the soul, psyche, ego or self.

Every time we do something wrong, we tend to blame Shaytan, and we forget the enemy that resides right inside us!

Yes, we have an enemy inside us that moves, eats, drinks, and sleeps with us.

It is our Nafs. Yes, our own Nafs.

If we fail to exercise control over our Nafs then it can lead us to commit sins about which we are not even conscious like backbiting, casting lustful glances, breaking ties with the next of the kin, watching movies/videos etc.

Someone has rightly said that if you crush your Nafs with your left foot then your right foot can lead you to Jannah.

The Most Dominating Enemy

Out of all the four enemies, which one has the most dominating powers?

To find out the answer to this question let us look at the following situation:

In a very provocative manner Dunya presents in front of us a semi-clad woman so that we can cast our lustful glance on her.

Shaytan strongly whispers at us to look at her.

The Social Environment convinces us that that there is nothing wrong looking at her since everyone is doing so.

It now solely depends on our Nafs to make us look at her or not.

If our Nafs succeeds in luring us into looking at her then it is a victory for Dunya, Shaytan and the Social Environment.

However, if the Nafs stops us from casting our glance at her then it is a humiliating defeat for all these three enemies.

In short, our Nafs plays the most crucial role in letting us commit a sin or in stopping us from doing so.

It all depends on how we train our Nafs. If we train it in the right manner, then the other three enemies can be rendered powerless.

Overpowering Enemies of both the Categories

Let us now examine how we can defeat the enemies of both these categories.

To win the enemies of the first category many of us try to befriend them or get very close to them. We even start adopting their lifestyle in every respect, be it the way we dress up, the way we organize and celebrate various functions, the types of foods we eat and the way we eat them, the way we bring up our children etc. Some of us go to such extent in imitating them that we cease to look like Muslims.

Remember, we can never win them by adopting their lifestyle.  In fact, embracing their culture and customs can have very far-reaching consequences. They can be figured out from hadeeth No. 4020 from Sunan-Dawud’s Book 27, Chapter 1506 (Wearing clothes for gaining fame), which states the following:

“‘AbdAllah ibn ‘Umar (Allah be pleased with them) narrated that the Prophet (ﷺ) said: He who copies any people is one of them”, or words to that effect.

There are many of us who also use various other un-Islamic ways to overpower these enemies.

However, Muslims cannot overpower their enemies or win against them by using any of the above methods.

Islam has enlightened to us a very distinct way to defeat the enemies of both these categories.

That way is to recognize Allah  Most High and gain His closeness!

Once we gain His closeness then we will be in a position to beseech Him for His assistance to confront and defeat all our enemies.

Given below are some the ways by which we can get closer to Allah and attain His love:

Finally, to gain proximity to Allah we must get involved in the work of Da’wah. It is one of the most important Islamic responsibilities. Indeed, it is the noblest and the most sublime duty of every Muslim.

Allah says in his Holy Qur’an: You are the best of all nations who have been raised for mankind. You command what is right, forbid from evil, and believe in Allah. [Surah Aal-imran 3.110].

There was a time when Muslim were dominating the world!

They moved from success to success and attained the highest pinnacle of glory in history. For centuries, they ruled on this earth with such grandeur and strength that no contemporary power had the courage to challenge them and, if someone dared to do so, he did that at the risk of being annihilated.

This is the historical truth, which cannot be erased!

The reason for their paramount success was: They were very close to Allah. They realized beyond any doubt that because of this closeness, His Divine help would always be with them.

All the powers on this earth, however superior they may be, can be rendered powerless once you have gained a close proximity to your Lord, the Malikul Mulk (King of Kings).

Or as Ibn al-Qayyim said, “Be with Allah as He wishes, and He will be to you more than you can wish for.”

May Allah grant us the ability to gain closeness to Him. Amin.