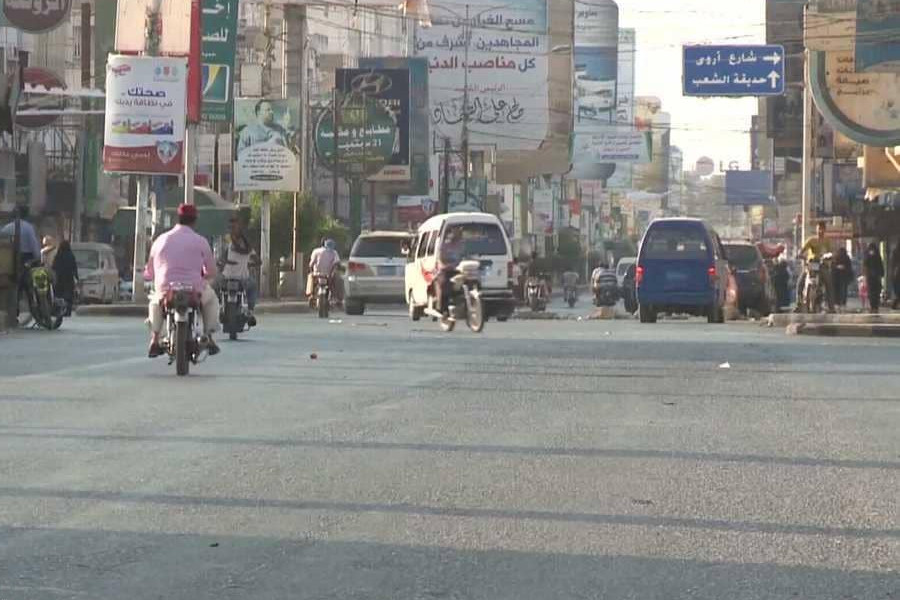 SANAA – The ceasefire in Yemen’s Hodeidah may be fragile, occasionally threatened by skirmishes and just days old, but it has breathed new life into the Red Sea port city.

More and more, people are walking in the streets without fear of bombardment or snipers.

Shutters are rising in abandoned shops, while the once-ubiquitous sounds of explosions and air strikes have become a scarcity since the truce took hold on 18 December.

It is a happy outcome for Hodeidah’s residents, who, before United Nations-brokered talks between pro-government forces and Houthi rebels resulted in the truce, were suffering under a ferocious battle for control of the city.

Ibrahim Haidar, a pharmacist in Hodeidah, told Middle East Eye that the city’s residents are “inhaling peace” again after more than five months of violence.

“Peace is the most important issue for us. If there is peaceful environment, we can work and feed our families. But war is the source of everything bad,” he said.

Like many other shopkeepers, Haidar reopened his pharmacy almost immediately after the UN ceasefire monitoring team arrived in the city on 23 December.

“People trust the UN, and the presence of the UN team in Hodeidah means that no party will dare to violate the truce. This has encouraged displaced people to return and people to resume their investments in the city,” he said.

Some fighting has broken out since the UN team, which is led by retired Dutch General Patrick Cammaert, entered the city. However, the skirmishes have been limited to Hodeidah’s outskirts, keeping the ceasefire largely unblemished.

Some 70 percent of all Yemen’s food imports and humanitarian aid passes through the facility, and with 16 million Yemenis currently on the brink of famine, a humanitarian catastrophe could have erupted were fighting to reach the port.

Luckily work there has not been interrupted for a single day, and many basic items remain available in Hodiedah’s markets and elsewhere in Yemen.

“Food items, medicines and all commodities are available in the market,” Haidar said.

But Yemen is also suffering under a severe economic crisis, with the rial losing more than half its value since the war broke out in 2015 and prices rising in tandem.

So not only are many basic items prohibitively expensive for Yemenis, the battle for Hodeidah has also cost much of the city’s population their jobs.

“The next urgent step, which residents of Hodeidah need, is withdrawal of warring parties out of the city, so people can resume their work in fishing, farming and other jobs,” Haidar stressed.

Many of Hodeidah’s residents are farmers, labourers or fisherman, but the war has devastated agricultural land, impeded fisherman and forced factories to close.

Since fighting in and around Hodeidah erupted in June, more than half a million people have been displaced, according to the Norwegian Refugee Council.

However, in the past two weeks many of those displaced have returned to their homes after months seeking safety elsewhere.

Nasser al-Buraey, 41, fled his house in Hodeidah’s al-Hali district in July for the rebel-held capital Sanaa after the battles approached his neighbourhood. Once in Sanaa, he and his family lived inside a school which has been turned into a camp for the displaced.

“In Sanaa, I lived with my five children and wife inside one classroom, and we suffered so much trying to get food, medicine and all other needs,” Buraey told MEE.

“Moreover, my children stopped studying because I cannot afford it.”

Buraey used to work as a courier in Hodeidah city, but he sold his motorbike to pay for transportation to Sanaa and some basic items for his family there.

Now he is unemployed and without any income.

“The camp supervisors used to provide us with meals, but the food was never enough for us. In all ways life in the camp was worse than life amid war,” he said.

When Buraey heard about the ceasefire in Hodeidah he became very optimistic that he could take his family home, who craved the warmth of the Red Sea city after weeks in wintry Sanaa.

“The ceasefire came at the right time, as the cold of Sanaa in recent weeks has been unbearable and my children suffered from bad headaches because of the weather,” Buraey said.

“I was cautious about returning to my house, but when the UN team arrived to Hodeidah, immediately next day I returned my house.”

Though Buraey is now unemployed in Hodeidah, he is happy to be home. His friends occasionally give him some work to do in the market, so he has just enough money to buy food for his family.

Humanitarian organisations play an important role in helping Hodeidah’s residents, and according to Haidar their presence in the city has increased following the ceasefire.

“When the fierce clashes arrived to the city some organisations fled the city before us, which was a normal result of the battles. But when people started to return the city, the organisations resumed their work,” he said.

“Some organsations reopened their offices in the city and, most importantly, we began to receive food and other basic items.”

Not all people displaced from Hodeidah city have returned to their homes.

Many are still scattered across several provinces, as their houses lie between the Houthi and the pro-government forces lines.

Abu Mohammed fled his house near Hodeidah’s airport in July when the area became an early front line in the pro-government assault on the Houthi-held city.

Now he and seven of his family live in a small tent buffeted by winds near Sanaa’s old city.

He has not returned to Hodeidah because his house is between the two warring parties.

Abu Mohammed is thinking about going back and pitching up a tent in Hodeidah. He is unemployed, so cannot afford to rent a home in the city.

He’s concerned, though, that there are many needy people in Hodeidah and fewer humanitarian groups and initiatives present, so it might be more difficult to feed his family.

”There are some people in Sanaa who know my suffering and they help me with food, but in Hodeidah I may not find people to help me,” he said. “Peace is not enough for me unless there is food for my family.”

Abu Mohammed used to work as a labourer in Hodeidah’s markets, but now he depends on charitable people to help him find food. Sometimes he begs people in mosques to help him with money to buy some commodities for his family.

Back in Hodeidah, Haidar hopes things will only improve further, so wealth and more displaced people can return to the city.

The ceasefire is the first step towards a peaceful solution, he noted.

“This is the first time that the warring parties adhered to a ceasefire, so I hope this is the first step towards the implementation of the outcomes of peace talks that can lead to the end of the war,” he said.