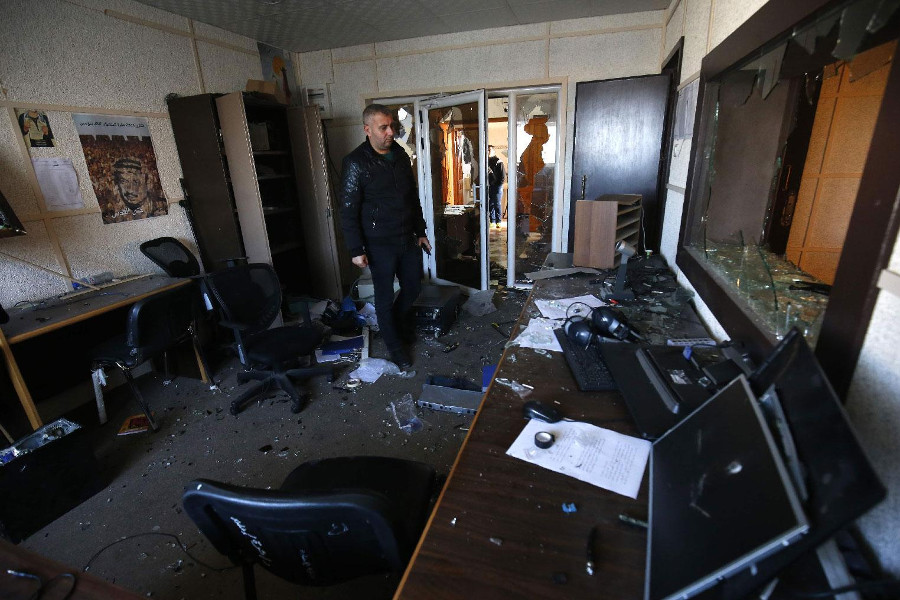 Masked men raided the office of a television station funded by the Palestinian Authority (PA) in Gaza on Friday, its staff said, causing damage to equipment.

There was no immediate claim of responsibility for the incident, though the staff and a PA official said they held the Hamas movement, which has governed the Gaza Strip since 2007, responsible.

The PBC is funded by the West Bank-based Palestinian Authority and its Gaza office shares a building that hosts several media outlets including Palestine TV, the mouthpiece of the PA, and the Voice of Palestine radio station.

During the raid workers were assaulted and equipment was destroyed, WAFA reported.

“At least five people broke into the building, broke the radio door and completely destroyed the main studio, including cameras, equipment, furniture and broadcasting equipment,” a staffer at the radio station said.

A number of video cameras and computers were badly damaged, with chairs and doors destroyed, according to local media.

“We hold the Hamas authorities fully responsible for this crime of breaking into the headquarters and destroying them,” Ahmed Assaf, PA general supervisor for official media, said in a statement.

“This is an attack against our people in Gaza,” he added.

Salameh Maarouf, director of the Hamas’s media office, told AFP that Hamas condemned the “unacceptable behaviour” and called for the perpetrators to be arrested.

The Palestinian Broadcasting Corporation and Palestine TV stopped working completely when Hamas took control of the Gaza Strip in 2007, resuming work partially in 2011 after a reconciliation deal was reached in Cairo between Fatah, which dominates the PA, and Hamas.