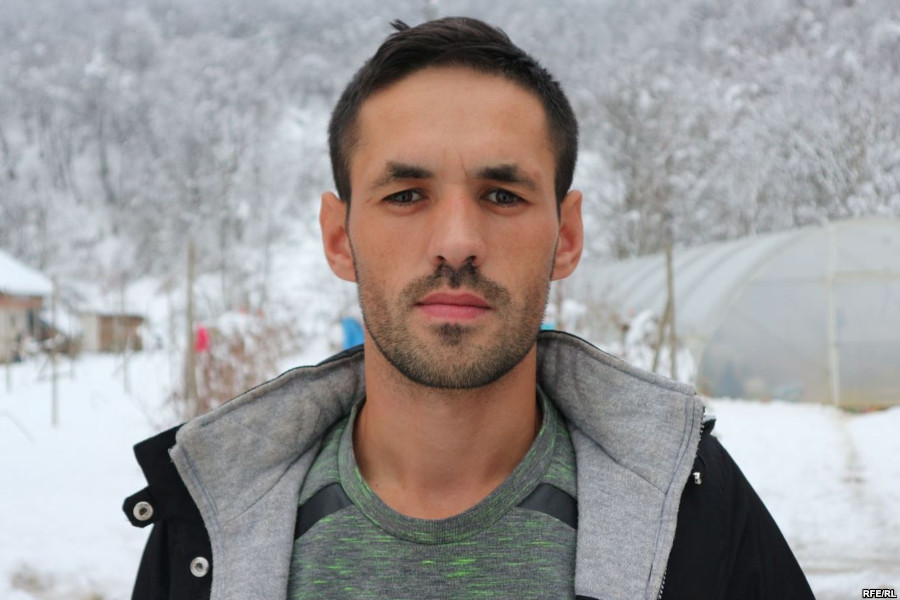 Fahrudin Muminovic, a survivor of the mass shootings in and around the Bosnian town of Srebrenica in 1995, has struggled to rebuild his family’s life since the war ended.

Twenty-three years later, that task has finally been made a little easier.

A Facebook campaign sparked by the story of his and his sister Fahreta’s effort to reconstruct the family home raised $227,000 in the course of just 16 days.

The home in Urkovici, about 15 kilometers northeast of Srebrenica, was reduced to ruins during the conflict.

For Fahrudin, who was shot in the hand and leg when bullets rained down during the 1995 massacre of some 8,000 Muslim boys and men by Serbian soldiers in Srebrenica, now a part of the Serbian entity in Bosnia-Herzegovina, despair has finally turned to hope.

“We returned here [to Urkovici] in 2002 and we have not received anything so far, except six sheep,” he says from the living room of a relative’s house.

Their father, along with many other males in the family, was killed in the massacre. Their mother died 26 days after giving birth to Fahreta during the conflict in 1993.

Parentless and impoverished, they turned to an aunt and uncle for shelter after the war.

During that period, Fahrudin testified to the horrors he experienced as a 7-year-old during the war.

At the trial of seven war crimes suspects in The Hague in 2007, Fahrudin spoke in great detail about what he had seen during the 1992-95 conflict.

Fahrudin and his father were hauled away from their home and blindfolded by Serb forces so they couldn’t see what was happening.

After being herded with others at an area in Orahovac, Fahrudin lost his father’s hand and found himself knocked to the ground.

Gunshots rang out and bullets pierced his leg and hand. The young boy could smell the blood flowing around him as the bodies piled up.

Fahrudin would have joined them in death except for a soldier who showed mercy on him by defying orders to kill him. He was the sole survivor that day.

The seven defendants were eventually convicted of several war crimes by the tribunal, including genocide. It took Fahrudin nearly a year to recover from his physical wounds, but he was scarred for life. He and his sister Fahreta were left to pick up the pieces.

With the outpouring of support from those who donated money, the siblings now smile at the prospect of putting their pain behind them and having their own place to call home.

The money raised will go a long way in Bosnia, where the average net monthly salary is less than $500 and just over one-third of the population is unemployed.

The siblings say they will buy a place in Sarajevo and use the rest of the money — along with the help of the Federal Ministry for Displaced Persons and Refugees — to restore their war-ravaged house in Ukrovici.

“Soon, we will get our own roof over our heads,” Fahreta says cheerfully.

With accommodations now being taken care of, Fahrudin can turn his attention to another goal: finding the family of the doctor who saved his life after he was wounded.

Fahrudin says he recently heard that the doctor, who found him and took him in a white jeep adorned with a Red Cross symbol to a hospital in nearby Zvornik, had died.

But that doesn’t deter him, or his uncle, from trying to reach out and show that even in the war some Bosnian Serbs treated Bosnian Muslims, known as Bosniaks, humanely.

“I’d like to meet them. It allows you to see that everywhere in this country there is good,” says Ramo Muminovic.

“The Serbs killed Fahrudin’s father in this country, but it’s also where a Serb saved Fahrudin,” he adds.