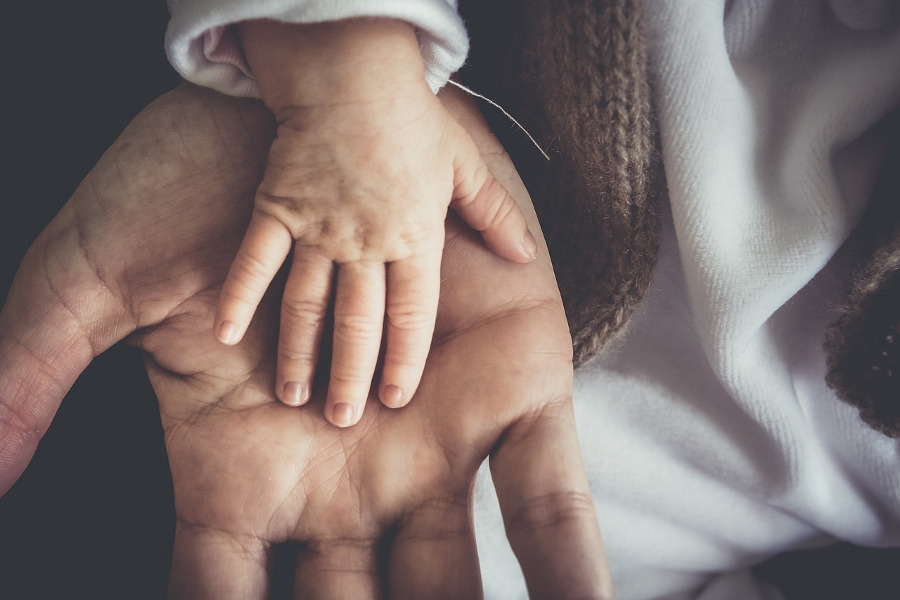 Allah Most High has endowed human beings with a very special period called the childhood period.

Childhood is undoubtedly the most beautiful and the happiest phase of human life. The joys of childhood can never be substituted by anything else!

It is the period when one is free of all worries and responsibilities.

It is the period when one loves playing games.

It is this period when one is loved by all the closed ones.

However, the love the parents provide to their children is unmatchable! It is the only love that is truly selfless, unconditional and forgiving. Allah has kept unique warmth and affection in parent’s love and, especially in the love of a mother.

Children are like flower buds. When these buds bloom into flowers, the love given by parents to their children acts like a heartwarming fragrance. In other words, parent’s love has a life-long positive outcome.

However, in this modern age people in all parts of the world, are now trying to rob the poor children of the different facets of this vital period.

Given below are some of these facets and the ways they are robbed.

The time is 5.30 am. A two-and-a-half-year-old child is in his dream-world with his thumb in his mouth. Enter his mother and his short-lived slumber comes to an abrupt end. She wakes him up. No, not for Fajr Salah because Allah has not made even Salah mandatory at this age. She wakes him up to prepare him for school.

Poor kid! With his eyelids still heavy with sleep, he forces himself to get ready to start yet another busy day at school.

Then he is made to eat very fast. Chances are, he might leave home without being adequately fed.

In this way you rob him of his shares of proper sleep as well as proper food!

At home he has no restrictions! He is free to do whatever he likes. Whereas in school he has to follow rules and regulations. As a result, you rob him of the freedom such a young kid is supposed to enjoy!

This has been the stark reality for last many years because the Secular Education System has always demanded children should be admitted to school at a very young age.

In most countries they start attending ‘Playgroup‘ at the age when they have not even said ‘goodbye‘ to their infancy. Even the uniform they put on sometimes comprises ‘Pampers’ or any other brand of diapers for the obvious reasons.

When you admit your kids to school at such a tender age you do not only rob them of quite a few pleasures that they are supposed to enjoy during this period, you actually put them in very awkward positions! Poor kids! They cannot even express their inconvenience in proper terms because they have hardly picked the right language or even words to do so.

That is not all! You are robbing them of one major endeavor they are supposed to pursue in the early period of life.

That endeavor is acquiring the Islamic Education!

It is an undeniable fact that when you admit them to school for acquiring secular education then they are going to use their prime time in that effort only. What remains is a very minor fraction of time, which can be termed as a ‘leftover time’. You decide to utilize that ‘leftover time’ to let your children acquire Islamic education. How much do you think these physically and mentally exhausted young kids will be able to gain within that ‘leftover’ time?

The most disheartening thing, however, is that many of you do not let your children use even this ‘leftover’ time for acquiring religious education because you make them involved in a number of other activities like pushing them do their homework, letting them fiddle with their digital devices etc.

When most of the children grow up they are unaware of the basic Islamic knowledge that includes the fundamentals Imaan and Islam such as the Oneness of Allah Most High, Prophethood of Rasullullah (ﷺ), how to maintain Taharat, how to make Wudhu, how to perform Salah, how to recite the Qur’an Majeed etc. You also miss to instill in them Tarbiyat (the right Islamic upbringing).

Before they are taught to recite Surah Fatiha and Surah Ikhlas,  they learn to sing ‘Baa, Baa, Black Sheep’ and ‘Humpty Dumpty’. Instead of growing up in an Islamic atmosphere they are made to grow in an un-Islamic environment like the western Co-education System.

The kid who does not attend a school imparting Secular Education is not considered a normal child.

In this digital era as parents most of you are so preoccupied with your daily chores (which also include constant referring to your smartphones), that you do not want to be bothered by your kids. As a result, you hand some kind of digital devices to these kids (that also include even toddlers) to keep them occupied, without being least concerned about the impact the devices such as smartphones can have on your child.

In some cases, there are kids who are constantly, chronically asking you for access to the screen – to such an extent that as a parent you are forced to give in to their demands. You end up buying devices that have video games or let them have access to the internet.

A child who does not have the control over passing his poo or pee is now handed over the control of a smartphone or an iPad or any other digital device you can think of.

The mother proudly looks at her child operating such a device and she gets the opportunity to boss to her friends, “Look, my two year-old Pappu / Sweety can handle the smartphone! Isn’t it amazing?”

The gentle hands that should be handling toys, tricycles and bicycles, balls and balloons are now given the digital devices to keep them occupied.

The children who should be on the field playing games to keep themselves physically fit are now playing games on the screens of their devices.

They have iPods, mobile phones and computer games at their fingertips.

But despite a wealth of these possessions, today’s children seem to be missing out on the real riches of childhood.

For many children the freedom to explore outside, ride bicycles, climb trees and enjoy other simple pleasures are now becoming the things of the past.

Google, YouTube and social sites such as WhatsApp, Facebook etc., are leading children to ‘maturity’ much faster than in previous generations. If you think that this ‘untimely maturity’ is advantageous for your children, then you are grossly mistaken! It is actually a kind of an ‘onslaught’ of unnecessary materials and information that could harm the sensitive brains of the kids.

The majority of parents in a recent poll admitted they are concerned their children are growing up too quickly, and 77 percent blamed the internet for this.

They attributed this accelerated maturity, in particular, to the vast amount of information that they see online, and on social networks.

With widespread access to the Internet, curious teens may accidentally or intentionally be exposed to a large amount of material that is uncensored, sexually explicit, and potentially harmful. You may even notice early signs of addiction to these devices in them.

In this manner, aren’t you robbing our children of the pure and unadulterated innocence of childhood?

If this is the worry and concern of the western people, the people who call themselves ‘the liberated lot’, then our concern and worry should be in much greater proportion!

Two very young girls are standing outside a preprimary school. A car stops in front of them and a couple comes out from that car.

As soon as one of the girls sees the couple, a frenzied expression emerges on her face and with an intense speed she rushes to them. She fervently hugs the man first and then the woman.

On seeing her actions, a very sad look appears on the face of the second girl. Drops of tears fall from her eyes. She turns her face away.

The reactions of the second girl is a poignant portrayal of the distressful effects a child from a broken home suffers. The poor child has committed no offence whatsoever to go through such a predicament. In fact, in many cases the children concerned are not even aware about the meaning of the word ‘divorce’. They are in a state of confusion most of the time wondering why their parents are separated.

The parents for their own selfish reasons choose to take such a step without realizing that their divorce can turn out to be the most devastating thing for their children.

Marriage is indeed a sacred bond that brings together a man and a woman by virtue of the teachings of the Qur’an and the Sunnah. Thus, each partner in this blessed relationship must treat the other with respect and in the most beautiful manner.

Divorce, on the other hand, is the most hated permissible thing in the sight of Allah. The Prophet (peace and blessings be upon him) said:

“The most hateful permissible thing in the sight of Allah is divorce.” (Abu Dawud, Hadith 1863, Ibn Majah, Hadith 2008).

A divorce dissolves the family and deprives children of the most valuable family atmosphere. Some put it as a formula for children’s ill-fated childhood. While others say divorce is a very serious trauma that some children have to go through in their childhood!

However, the most disturbing thing is that it can have negative effects on the lives of the children concerned. Some of the short-term effects are: anxiety, constant stress, mood swings, irritability, intense sadness and distress.

Then there are long terms effects too! Children from broken homes have serious social, emotional, and psychological problems. Many of them fail to do well in academic fields!

In this manner, either for their own selfish reasons or due to their egoistic behaviors, many of these permanently separated parents rob their young, innocent children of the pleasures and the sweet memories of the childhood they are supposed to spend in a congenial home in the combined company of both their parents!

Looking at all the above situations one would be tempted to conclude: Children are there, childhood is gradually going into oblivion.