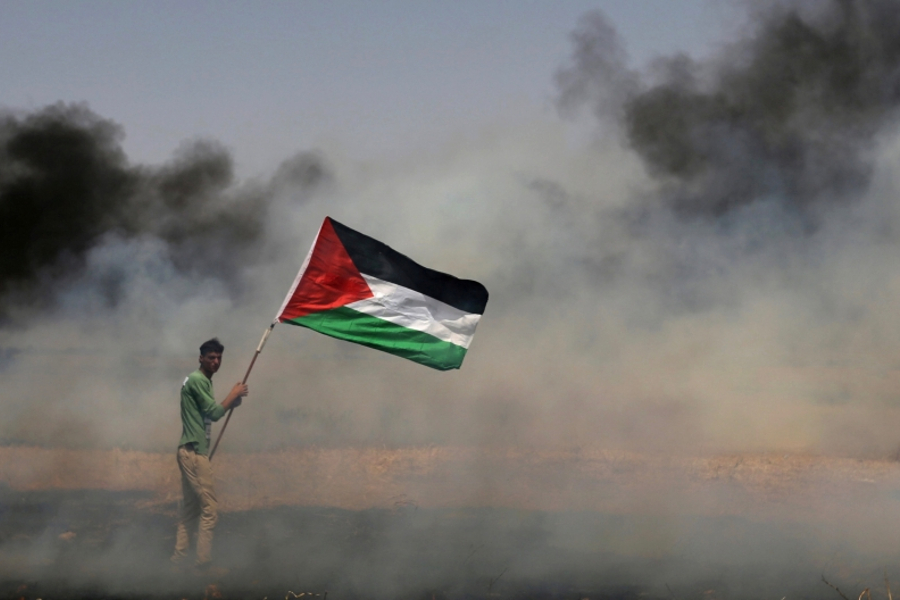 NABLUS, Palestinian Territories — Israeli forces destroyed the home of a Palestinian accused of killing two Israelis, in an army raid that triggered clashes overnight on Monday, an AFP journalist said.

Hundreds of soldiers surrounded the house in a suburb of Tulkarm in the north of the West Bank, the AFP journalist said.

The forces destroyed the walls of Ashraf Naalwa’s home on the ground and first floors of the house, before withdrawing on Monday morning.

The Israeli forces did not immediately comment on the operation.

Naalwa, 23, was killed by the Israeli army last Thursday after a two-month manhunt.

He was accused of killing two Israeli colleagues in an industrial zone near the northern West Bank illegal housing units of Barkan.

The Palestinian Islamist movement Hamas claimed Naalwa as one of its fighters.

Speaking at a Cabinet meeting on Sunday, Israeli Prime Minister Benjamin Netanyahu said he had ordered “the acceleration of the demolition of terrorists’ homes” in the wake of the recent wave of attacks.

Late Sunday, Israeli ministers gave initial approval to a bill that would allow the army to move family members of Palestinian attackers to a different West Bank location.

Education Minister Naftali Bennett, whose Jewish Home faction was behind the bill, said it would help deter would-be assailants.

“The terrorists have stopped fearing us,” he said in a statement, noting that the justice ministry opposes the proposed legislation.