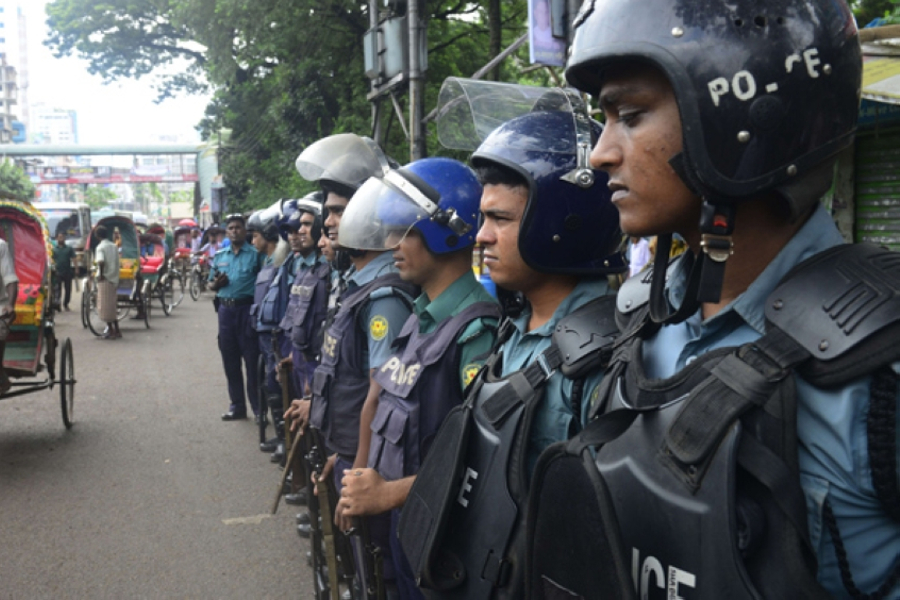 DHAKA – More than 20,000 Bangladesh paramilitary guards were deployed across the country Tuesday amid mounting deadly violence ahead of a December 30 general election.At least six people have been killed in clashes over the past week during the bitter campaigning between Prime Minister Sheikh Hasina’s ruling Awami League and the opposition Bangladesh Nationalist Party (BNP).

Border Guard Bangladesh (BGB) spokesman Mohsin Reza said 1,016 platoons had been deployed in a bid to reinforce campaign security. Officials said there were about 20 guards in each platoon.

The move came amid a worsening showdown between the two main parties who have accused each other of launching attacks.

The BNP says its candidates and supporters have been attacked by ruling party followers and accused the election commission of failing to ensure proper security.

“At least four of our activists have been killed and thousands have been injured in attacks by government supporters,” Mohammad Salahuddin, a BNP official, told AFP.

He said 152 out of 300 opposition candidates have been attacked while campaigning. Salahuddin added that 8,732 activists, including 14 candidates, have been detained in the past month.

The party blamed police for the death of one campaigner in Dhaka who fell to his death from a rooftop. Police have denied any involvement.

The BNP boycotted the 2014 national election, also marred by widespread violence, claiming that it was rigged by Hasina’s party.

Hasina, accused of presiding over growing authoritarianism, is seeking a record fourth term in office. BNP leader Khaleda Zia, a former prime minister, is serving a jail term for graft.

Around 100 million voters have registered for this ballot.