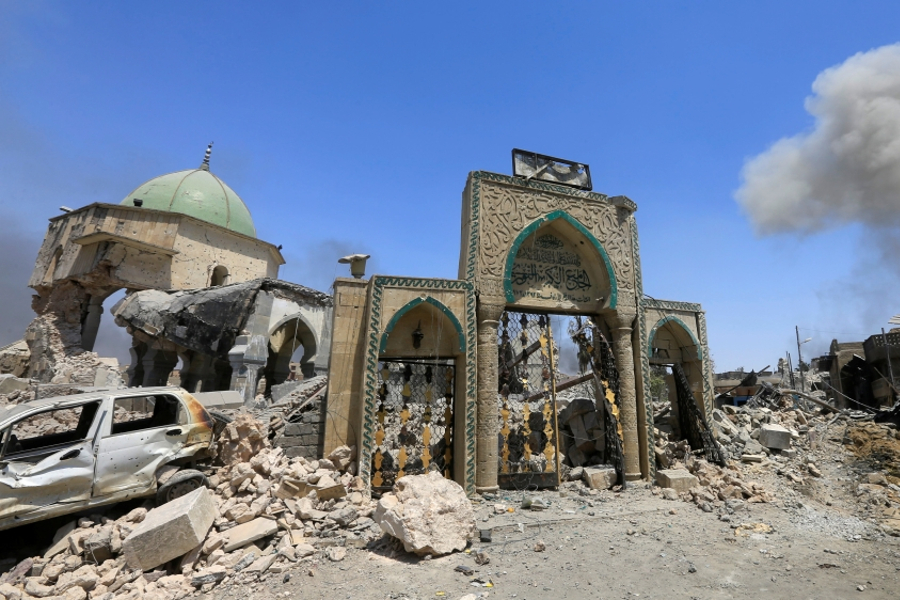 Iraqi leaders set a cornerstone to mark the beginning of rebuilding efforts for Mosul’s landmark Grand al-Nuri Mosque, which was destroyed by Islamic State (ISIS) militants as they fled the city in northern Iraq in 2017.

The mosque was built in the year 1172. Its minaret was known as Al-Hadba, or “the hunchback” because it listed to one side like the Tower of Pisa in Italy.

Iraq’s Defense Ministry in June 2017 said IS militants — who had captured the site in 2014 — blew up the mosque and its iconic leaning minaret as they were being pressured by U.S.-backed government forces.

The militants were eventually driven out of nearly all of the territory they had captured and occupied in Iraq and neighboring Syria.

The United Arab Emirates donated $50.4 million for the expected five-year project to rebuild the mosque.

Based on reporting by AP