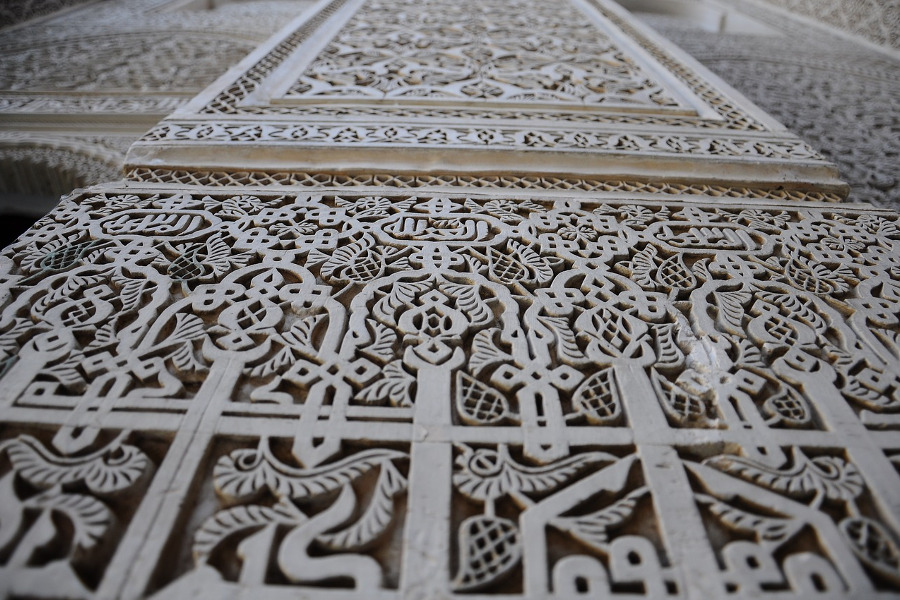 The word هَمَز (the infinitive of هَمَزَاتِ Hamazat translated above as ‘strokes’ ) means “to push, to press” and sometimes is also used to mean “to make a call from behind”. This is a very comprehensive prayer often invoked for protection from the guile and mischief of Shaytaan and the The Messenger of Allah (Allah bless him and grant him peace) has urged upon the Muslims to recite it frequently in order to avoid sudden bursts of rage which are brought about by the promptings of Shaytaan and which cause people to lose self-control. This prayer is also very effective in repelling other assaults of Shayateen and Jinn.

Sayyidna Khalid (Allah be pleased with him) suffered from insomnia and The Messenger of Allah (Allah bless him and grant him peace) suggested that he should recite the following prayer before going to bed:

I seek refuge with Allah’s Perfect Words from Allah’s wrath and His punishment, and from the evils of His slaves, and from the promptings of the Shayateen and from that they come to me.

Sayyidna Khalid (Allah be pleased with him) did as advised and was soon cured of insomnia.

According to a Hadith in Sahih of Muslim The Messenger of Allah (Allah bless him and grant him peace) is reported to have said that Shaytaan meddles in all human affairs and tempts people to do evil deeds, and that this prayer is the best protection against his attempts. (Qurtubi)