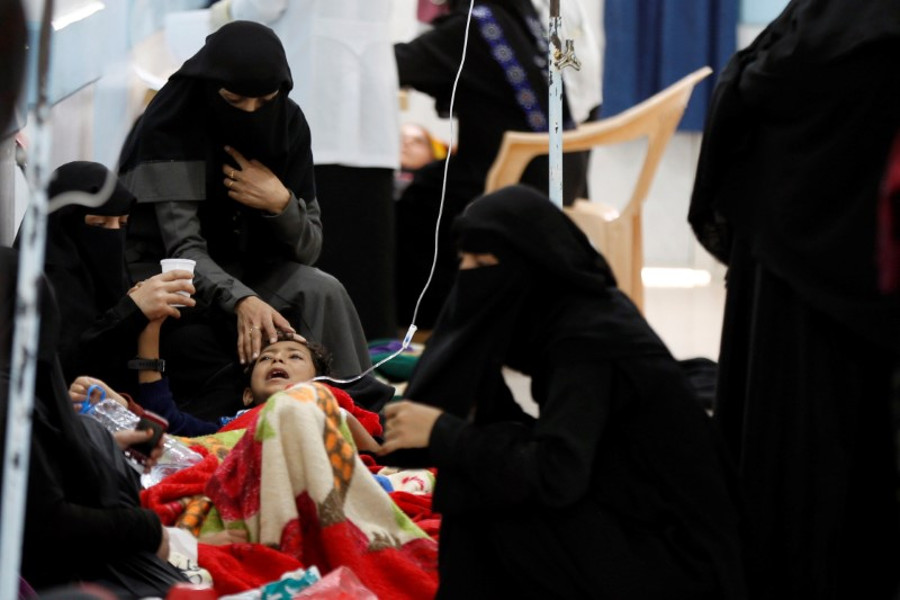 Up to 20 million Yemeni’s — two-thirds of the country’s population — are food insecure, primarily because of the war that has ravaged the impoverished country.

A joint statement issued Saturday by the U.N.’s Food and Agriculture Organization, UNICEF and the World Food Program said the conflict has contributed to the “world’s worst humanitarian crisis.”

The agencies cited an analysis by the Integrated Food Security Phase Classification, a food security survey that helps determine whether to declare famine in countries.

WFP head David Beasley said “a massive increase in aid and sustained access to all areas of Yemen” are needed to help alleviate the crisis. He warned if those actions are not taken, “we will lose an entire generation of children to hunger.”

While the report cited war as the main cause of the crisis, it said the crisis also was exacerbated by skyrocketing food prices and high unemployment levels.

The crisis spiraled out of control after a Saudi-led coalition launched an offensive in March 2015 to support the Yemeni government against Iran-aligned Houthi rebels.

The catastrophe has claimed the lives of at least 10,000 people, the World Health Organization estimates.

The war also has taken a heavy toll on the country’s economy, with the World Bank reporting it has contracted by about 50 percent since 2015.