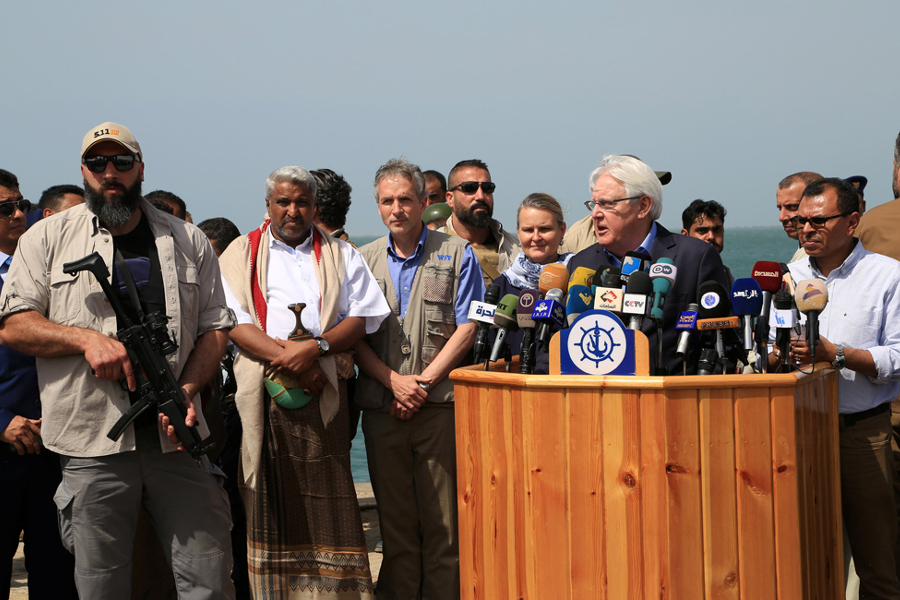 UNITED NATIONS — Sweden’s foreign minister confirmed late Tuesday that the parties to the Yemen conflict have begun to arrive in Sweden for peace talks that are expected to start later this week.

“The Houthi delegation has arrived to Sweden, together with Special Envoys from UN, Sweden and Kuwait for planned consultations on Yemen,” Margot Wallström said in a tweet. “Expect Yemeni Government delegation shortly. Hopefully consultations will take place soon, as an urgent step towards ending the conflict.”

U.N. Yemen envoy Martin Griffiths has been conducting intensive rounds of shuttle diplomacy to persuade the Iranian-backed Houthi rebels and the Saudi-backed government of Yemeni president Abdu Rabu Mansour Hadi to meet for serious negotiations in a bid to wind down the brutal war that has killed tens of thousands, collapsed the economy and left millions on the brink of starvation.

“This is, of course, significant. It would be the first time in more than two years that the parties are meeting,” he added.

Envoy Griffiths’ last attempt to get the parties together in Geneva in September fell apart, when the Houthis skipped the talks. Prior to that, the parties met for weeks of negotiations in Kuwait in 2016 that ultimately broke down.

Skau would not confirm the location of the talks, only to say they will be “near” the Swedish capital, Stockholm.

But after several false starts, some observers were cautious.

“We have no illusions that this process will be easy, but we welcome this necessary and vital first step,” U.S. State Department Spokesperson Heather Nauert said in a statement.

“Peace, prosperity, and security can be on the horizon, and those participating in the consultations have the chance to be part of a new chapter in Yemen’s history,” she added.

On Monday, a U.N. plane carrying about 50 injured Houthis fighters left Sana’a for the Omani capital of Muscat, where the wounded were to receive medical attention. The evacuation was arranged by Griffiths as a confidence-building measure ahead of the talks, and it was agreed to by the Saudi Arabian-led coalition.

Saudi Arabia launched an air war against the rebels in March 2015, aimed at restoring Hadi’s government.