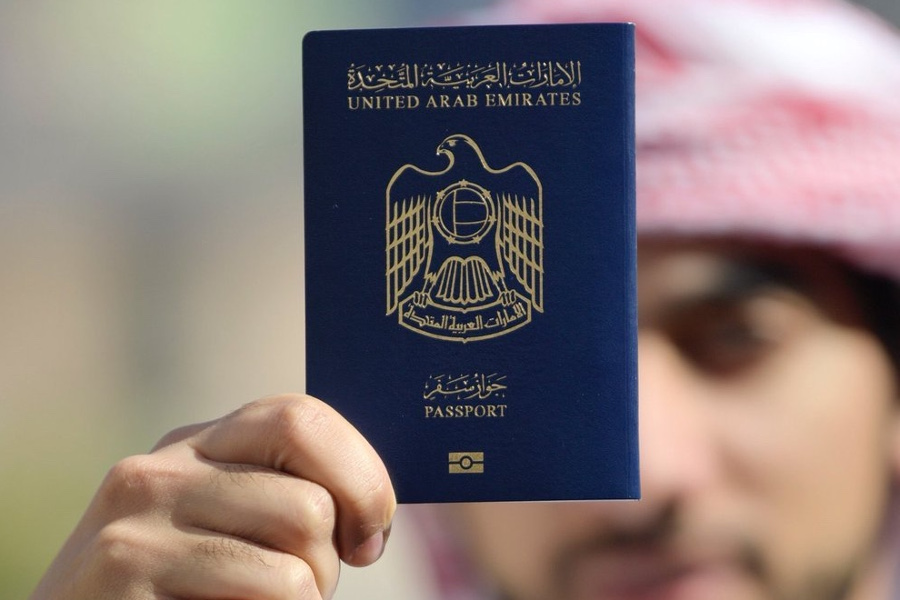 JEDDAH: Holders of the United Arab Emirates (UAE) passport can travel to 167 countries without the need for pre-visa requirements, dislodging Germany’s as the most powerful passport worldwide, an online ranking site said on Saturday.

A UAE passport holder can also obtain visas from 54 countries upon arrival, said the Passport Index in its December 2018 report.

Only 31 countries require visas for the UAE passport holder, it added.
The UAE government hailed the new Passport Index ranking as an “exceptional achievement “, which coincides with the ‘Year of Zayed’ and country’s 47th National Day.

The UAE passport’s rank this year was a big jump from its No. 24 individual rank in Passport Index’s December 2017 report.

Sheikh Abdullah bin Zayed Al Nahyan, Minister of Foreign Affairs and International Cooperation, was quoted by the Khaleej Times as saying the distinction “is a true reflection of the legacy of Sheikh Zayed, the Founding Father of the UAE. It also underscores what can be achieved through positive diplomacy, reflecting the UAE as a confident and engaged force at the global stage.”

Issued by the Arton Capital, the Passport Index ranks countries’ passports based on the number of countries a passport holder can enter without obtaining a visa or obtaining it at the time of entry.

Top 10
Singapore took the No. 2 spot this year while last year’s topnotcher, Germany, went down to No. 3.

Denmark was 4th, followed by Sweden, Finland, Luxembourg, France, Italy with the Netherlands rounding up the Top 10.

In the Middle East, the highest ranked aside from the UAE, was Turkey at No. 90.

The region’s trouble spots, such as Iran, Iraq, Syria, Lebanon and Yemen, were in the lowest ranks.

Armand Arton, founder and president of Arton Capital, said that the Passport Index is the most prominent rating of passport strength through an interactive platform that continuously monitors changes and developments, adding that it has become the world’s premier reference for governments.

“We continuously compare the passports of 193 countries and 6 territories of UN members and work to collect data directly and continuously, all through publicly available information, government sources and international bodies. We determine the strength of the passport based on the ability of the citizens of a country to travel to another country without the need for a visa in advance and obtaining visa access from the airport,” Arton said in a statement carried by the UAE state news agency WAM.

He added that the Emirati passport has witnessed unprecedented progress globally in the past few years, reflecting the international stature of the country. “We congratulate the UAE on this great achievement, and are pleased to work with the Ministry of Foreign Affairs and International Cooperation since the launch of the UAE Passport Force initiative,” he said.

Through this achievement, the freedom of movement to many countries of the world is added to the list of what the UAE offers its citizens.

The positive impact of ease of travel not only makes it possible for UAE nationals to travel freely for tourism, but also has economic, developmental and even humanitarian benefits, by facilitating trade and economic investment for individuals and institutions.