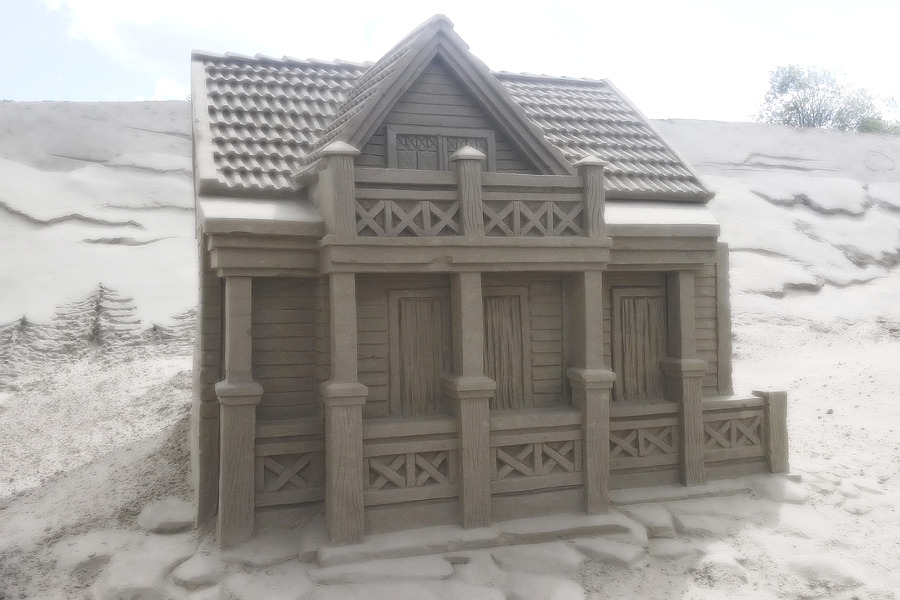 Once, whilst in the company of one of my respected teachers, he gave us some Naseehah (advice).

He mentioned to us important points to remember as students of knowledge. I will mention one of these below.

During the time of Harun Rashid there was a saintly man by the name of Behlul رحمه الله who was an ascetic. Sayyiduna Behlul رحمه الله would generally be found sitting at the beach side, building sand models then breaking them.

Harun Rashid sniggered and continued on his journey.

Immediately behind him, his wife, Zubaida Khatun, took out a Dirham and gave it to Sayyiduna Behlul رحمه الله who informed her that a house had been made for her in Jannah. On hearing this, she was extremely pleased that she had acquired a house in Jannah.

That night, Harun Rashid had a dream in which he was out hunting and his game took him out into far lands. He started experiencing hunger and thirst when suddenly his sight fell upon a beautiful mansion. He approached the mansion and found the name of his wife, Zubaida Kahtun, inscripted on the gate.

On seeing this, he became more pleased and intended to enter the mansion. At this point, the guards stopped him and denied him entry. He persisted that he should be permitted to enter, as Zubaida Khatun was his wife. The guards informed him that this place was such that relationships were of no value and only the owner was entitled to entry the mansion.

Harun Rashid started to lose heart and became distressed. It was at this point that he awoke from his sleep. On awakening, he spent the remainder of the night in turmoil and distress. As soon as morning approached, he ordered his men to ready his elephants and they set out to find Sayyiduna Behlul رحمه الله.

Harun Rashid asked, “How much will you sell it for”. To this Sayyiduna Behlul رحمه الله replied, “I will take your entire kingdom for this one house.”

Harun Rashid was shocked and perplexed; he asked Sayyiduna Behlul رحمه الله, “How can this be? Yesterday the price was a mere dirham?”

Sayyiduna Behlul رحمه الله calmly replied, “Yesterday the purchase was based on your belief on the unseen. Today you have come after having witnessed the value and reality.”

My respected teacher then said to us that this story was a very good explanation of the many Ahadith that we read. We find within them that many apparently small deeds are rewarded with forgiveness. Similarly, many small actions result to a palace being built in Jannah, or Jahannam becoming haram upon him etc.

So why do we get such a great reward for such small acts and deeds? It is as this incident highlights: the reward is not merely based the deed itself. Rather, it is the reward or value of acting in accordance to one’s pure belief or faith in the unseen.

Once a person has seen, it isn’t as great or significant.

May Allah سبحانه و تعالى give us all the strength of Iman (faith), which allows us to act upon the unseen with firm conviction and thereby merit the great rewards promised to us in the Book of Allah and on the tongue of the Messenger of Allah (ﷺ). Amin.