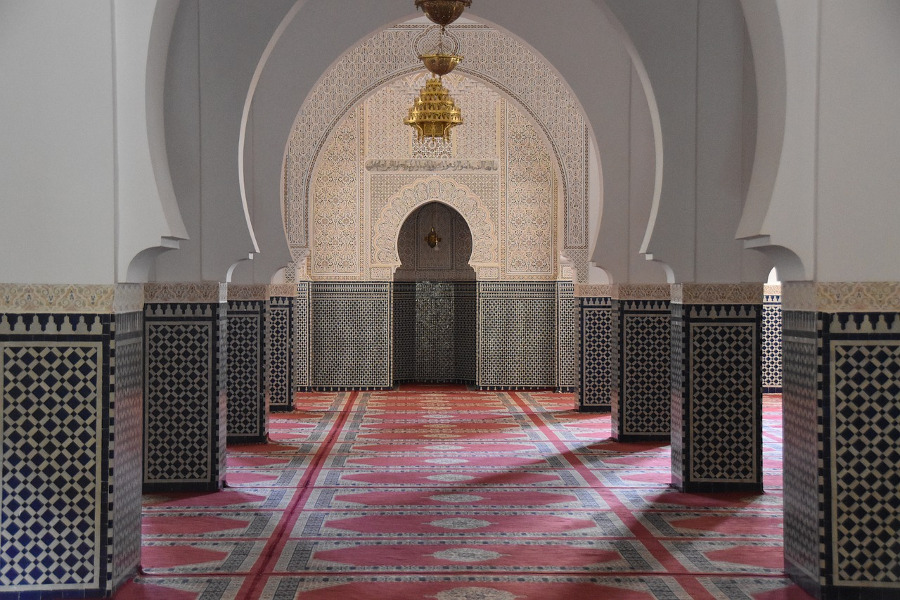 Imam Ghazali may have lived over 900 years ago, but in the true spirit of Islam his work, analysis and thoughts are as relevant today as they were when the scholar waited for his ink to dry on the paper he wrote on in the 11th century.

We may like to think of ourselves as continually evolving over hundreds of years as the world around us also transforms, but essentially, we are the same as our ancestors. We have similar hands and feet, eyes and ears, a heart, lungs, a mind and a soul.

Ghazali’s analysis of people and society is based on the Qur’an, the hadith and Islamic history. His ability to break down complex information and ideas about our very nature make his books a powerful tool, which are breathtaking to read. People of all faiths have over the centuries talked about Ghazali’s brilliance, but the impact can only be fully felt when his books are opened, and his thoughts are shared.

On the basic subject of a person’s character, he writes: “Goodness of character was the attribute of the Master of Messengers (ﷺ), and is the fruit of the pious and self-discipline of the people of constant worship. Bad character is a mortal poison, which set a distance between man and the proximity of the Lord of the Worlds and induced him to follow the path of Satan the accursed. Foul characteristics are the very sickness of hearts and the diseases of the soul, constituting an illness which deprives man of everlasting life. It is reported that the Messenger of God (ﷺ)  was once told that a certain woman fasted all day and prayed all night, but was possessed by bad character, so that she injured her neighbours with her words. ‘There is no good in her,’ he said, ‘she is of Hell’s people’. It is also reported that the last of God’s prophets (ﷺ) said, ‘You will not be able to suffice all people with your wealth; suffice them therefore with a cheerful face and a goodly character.’”

So, what is good character? In his search for the answer, Ghazali turns to a host of ahadith, including, ‘A man once asked the Prophet of God (ﷺ) about character, and he recited His (Most High) statement: ‘Hold to forgiveness, and enjoin kindness, and turn aside from the ignorant ones.’ Then he (ﷺ) said, ‘It is that you should seek reconciliation with those who avoid you, give to those who withhold from you, and forgive those who deal with you unjustly.’

“Therefore, the fundamental good traits of character are four in number: wisdom, courage, temperance and justice. By ‘wisdom’, we mean a condition of the soul by which it distinguishes true from false. By ‘justice’, a condition of the soul by which it controls anger and desire. By ‘courage’, we refer to the irascible faculty of the intellect, while by ‘temperance’ we have in mind the disciplining of the intellect and the Law. It is from the equilibrium of these four principles that all good traits of character proceed. When the intellect is balanced, it brings forth discretion, excellence and an understanding of the subtle implications of actions and the hidden defects of the soul. When unbalanced, in excess, then cunning, swindling, deception and slyness result. An example is thus: ‘Courage’ gives rise to nobility, endurance, dignity and suppression of rage. When unbalanced, this same trait came give rise to recklessness, arrogance, conceit, pride and quickness of anger. ‘Temperance’ is a quality that gives rise to generosity, modesty, patience and tolerance, but in excess it leads to greed, cupidity, ostentation and immorality.”

“All human traits constitute branches of Wisdom, Courage, Temperance and Justice and a perfectly just equilibrium in these four has been attained by no one but the Emissary of God (ﷺ); other people are of divergent degrees of proximity and distance from them.”

Even though Ghazali identifies the various aspects of character, he also considers the excuses people use for not adopting good character and changing traits about themselves. He tackles this issue head on.

“Know that the man who is dominated by sloth will consider unpleasant any spiritual struggle and discipline, or any purifying of the soul and refinement of the character. He will claim that the traits of a man’s character cannot conceivably be altered, and that human nature is immutable. Firstly, he will say that character is the form of the inward in the same way that the created form of man is the form of the outward. No one is able to alter his external appearance: an ugly man cannot render himself handsome, and vice versa; and thus a person who is ugly on the inside, cannot change. Secondly, he will assert that goodness of character proceeds from suppressing one’s desire and anger, and that he has tested this by means of a long inward struggle which demonstrated to him that these things are part of one’s constitution and nature, so busying oneself with such struggling is profitless and a waste of time.

To such an objection we would say: Were the traits of character not susceptible to change, there would be no value in counsels, sermons and discipline, and the Prophet (ﷺ) would not have said, ‘Improve your characters!’ It is possible to improve the character even of an animal: a falcon can be transformed from savagery to tameness; a dog from mere greed for food to good behaviour and self-restraint, and these constitute a change in character.”

Ghazali practically informs us that certain human traits like anger and desire cannot be entirely suppressed or dominated, but we can make these characteristics obedient and submissive through means of self-discipline and struggle. He says we must endeavour to control these traits as “we have been commanded to do, for it constitutes the means of our salvation and our coming to God.”

However, Imam Ghazali believes we have been weakened when it comes to dealing with ourselves because we have been “plunged into the desires of the world and fallen into slumber.” This was his view of Muslims over 900 years ago, since then we have seen the rise and fall of a Muslim empire; Muslim scientists and philosophers leading the world through their knowledge; and Islam spreading to every part of the world.

It is evident that Ghazali was able to identify the elusive roots of a widespread problem centuries before it would take root in the form we have today. The world may be a very different place to the one it was hundreds of years ago, but our personal challenges and distractions have remained enclosed within us, still waiting to be challenged – with the help of the books we are still fortunate to have.

Extracts taken from Al-Ghazali on Disciplining the Soul and on Breaking the Two Desires. Books XXII and XXIII of The Revival of the Religious Sciences, first published by the Islamic Texts Society 1995.