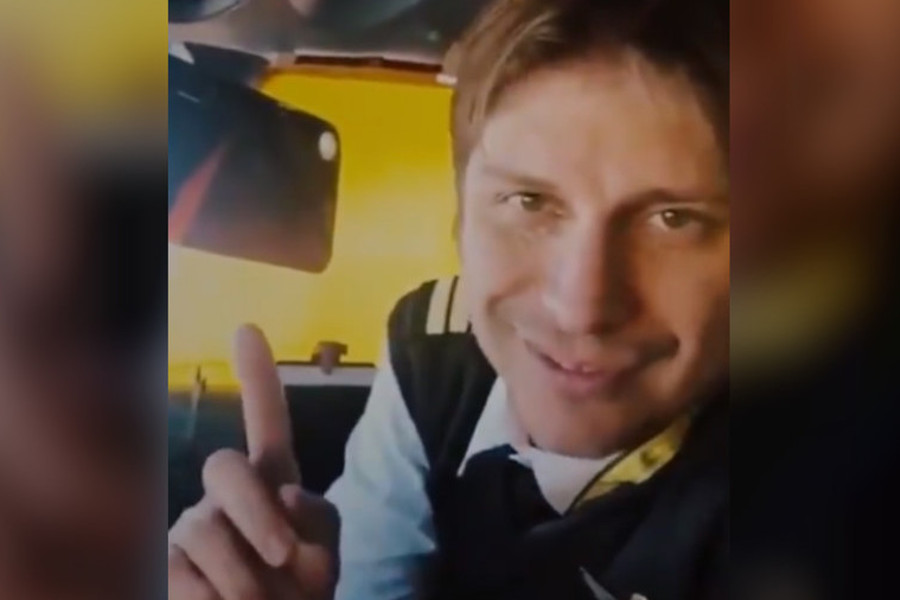 A Brazilian pilot is making headlines in the Arab world after he reportedly took a brief break from guiding the plane to convert to Islam as he flew a passenger jet above Saudi Arabia.

Captain Amalo, a Brazilian pilot for an unidentified airline, was filmed reciting the Shahada, an Islamic creed accepting the religion, in tandem with a colleague as they operated the controls of an aircraft.

According to El Balad news, footage of the pilot taking the important Islamic oath was taken in the cockpit approximately 18,000 feet in the air. Video of the high-flying conversion has now been viewed more than 20,000 times and featured in a number of news outlets across the Middle East.

Footage of the unusual mid-air prayer shows a colleague of the new convert carrying out the religious ceremony amid the hum of the plane’s engines. It’s not known when the event occurred but the pilots explain that it happened on the way to Tabuk, Saudi Arabia.

“We are here with pilot Amalo from Brazil. He will say the text of the Shahada during our flight to Taluka,” a man sitting in the cockpit can be heard saying.

The captain then reels off the prayer, which involves stating that there is no god but Allah.

“I testify that Muhammad is the Prophet,” Captain Amalo adds, completing his quirky mid-air conversion.