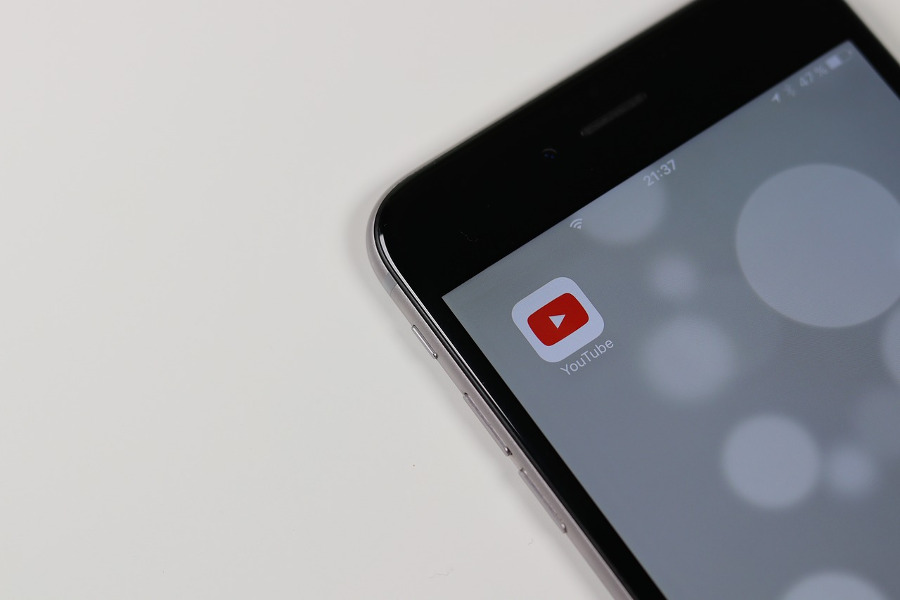 Allāh Most High with His Grace and Mercy has granted the noble work of enjoining what is good (al-mā’roof) and forbidding what is evil (al-munkar) to the Ummāh of His Beloved Rasūl (ﷺ).  It is one of the most important Islamic duties; indeed, it is the noblest and the most sublime!

Alhamdulillāh, it is very heartening to see that in these days of fitnāh and fasād some of our brothers (and also sisters) have ventured to serve the Deen of Allāh Most High by doing the work of Dā’wah (calling to Islam).

Moulana Muhammad Sa’d Shahib in his book “Priceless Advices for all Workers of Deen” (published by Darul Mazeed, South Africa), has said:

“The fear and awe which Allāh Most High strikes into the hearts of the disbelievers for a Muslim is due to his adherence to the Sunnāh (practice of the Prophet -peace be upon him).

We know the famous incident that by just giving importance to the sunnah of miswāk (tooth-stick), that enemy who could not be defeated by swords, were defeated with the fear which permeated their hearts when they saw the Sahāba using the miswāk.

Allāh Most High has kept this type of special-ness and power in every sunnah. If the Ummat adheres to it, they will overcome the enemy to the extent that either, the enemy will enter the fold of Islam by attaining guidance (hidāyat) or they’ll stop being an obstacle to the effort of hidāyat (i.e. the effort of ensuring that guidance reaches people).

Unfortunately nowadays, our thinking has become such that we want Deen to come alive, but that type of Deen which is adulterated and which conforms to the system of the world. Let us understand fully that, by Allāh’s Qasm, there is no promise of help from Allāh Most High for this type of Deen. We have to bring alive the practical sunnah (way of life of Nabi) to receive Allāh Most High’s help. Therefore, I am stressing that, the fundamental objective of this effort is to establish sunnahs in our lives.”  (Priceless Advices for all Workers of Deen p33).

The previous Anbiyā (prophets), in fulfilling the noble task of Dā’wah, had to give sacrifices after sacrifices throughout their lives. However, the amount of trials and tribulations Rasūlullāh (sallAllāhu ‘alayhi wasallam) underwent for the Deen of Allāh was far greater compared to what the past Anbiyā went through. It is really very hard for the Muslims of to-day to imagine, and much less to endure or even attempt to endure, the hardships that were borne by Rasūlullāh (sallAllāhu ‘alayhi wasallam) and his illustrious companions in the Path of Allāh. Books of history are full of stories of their sufferings.

Dā’wah efforts that we are witnessing today are in great conflict with the Shariyat of Islām as well the Mubārak Sunnāh of our Beloved Nabi (ﷺ). In fact the means and the modes these 21st Century so-called ‘progressive’ Dā‘ees have employed to spread Deen are totally alien to the Islām that is pure and pristine.

A true Dāee’s (caller to Allah) outside appearance and actions should be the embodiment of the true Sunnāh of our Beloved Nabi (ﷺ). He should reflect the Mubarak Akhlāq of the final Messenger. Naturally the methods he employs to do the work of Dā’wat and Tabligh should not resemble those of the Kuffār. While the work of Dā’wah is a very sacred work it is also a very delicate one. The workers should be very careful when undertaking this noble work which was done by the Anbiyā in the past, and later by the Sahāba and the Tāb’een.

Some of these Dā‘ees (or shall we call them ‘Pop-Dā’ees’ meaning famous and popular Dā‘ees?) do Solo Dā’wah in a studio after doing some make-up that involves trimming their beards, putting on a necktie, a T-Shirt and a pair of Jeans or a western suit comprising a shirt, a neck-tie, a coat and a pair of trousers just like a film star preparing himself to stand in front of the camera. Others organize gatherings on public grounds where women are also invited. These gatherings resemble the ‘crusade meetings’ in many ways. Here also they bring all the studio equipment like high tech cameras and ultra-modern lighting and audio systems. Large screens are put up so that men and also women, for whom these Pop-Dā’ees are ghair-mahram, can have their close-up views. There are yet others who take these avant-garde systems described above right into the Houses of Allāh, the Masājid, where they blatantly record the lectures of our so-called Progressive (westernized) Pop-Da’ees in video movies. No need to say that at a later stage videos of all these studio-shows, Crusade-like performances and the talks given in the precincts of the Houses of Allāh are uploaded to the YouTube.

We all know about the YouTube and the filth that it contains. Uploading such videos to a video sharing website like YouTube is tantamount to serving a halāl dish in a hotel where all kinds of harām foods including those prepared from pork are served, or rather, to serving water in a bottle of wine.

As soon as we open a YouTube video a side bar pops ups announcing the presence of numerous other videos, some of which may have contents that are either un-Islāmic or are of pornographic nature. What authority do we have to stop the viewers (that would obviously include underage viewers too!) from watching these unwarranted videos? Perhaps it’s about time Muslims had our own audio-sharing website.

The work of Dā’wat requires that we spend our own efforts, our own money and our own time. The word ‘sponsorship’ (in whatever form its use) is not in the dictionary of a true Dā‘ee.  Then only we can attain the quality of Ikhlās (sincerity of intention or doing something for the pleasure of Allāh alone). The quality of Ikhlās also includes not doing any work for name and fame. What Ikhlās are we trying to achieve by portraying our faces on these videos? As soon as a certain Pop-Dā’ee’s face appears on the screen people from all over the world (including ghair-mahram women) recognise him to be such and such man! Slowly the vice of Riyā’ (pretending virtuousness) creeps in and this can culminate in Kibr (pride).

It is also totally against the principles of the work of Dā’wah to employ the ways of non-Muslims like using banners as used by the evangelists and the Christian public Ministers engaged in Open Air Preaching to communicate their Gospel to the mass. Distributing pamphlets, gifts, chocolates to the members of the public to spread the Deen of Allāh are also the Kuffār systems that we have to shun. We should also avoid distributing copies of the translation of the Qur’ān Kareem to any just anyone.

We have to do it in the Sunnāh way, by word of mouth. We might find it slow, but the effects would be lasting and because it is done the Sunnāh way, it would also become the means of spreading Sunnāh. If we adopt Kuffār ways then we might be successful in dissemination of the knowledge but Nūr that is contained in the true ‘Ilm would be absent. We are also helping to popularise the Kuffār tools that are used to spread all sorts of evil.

If a traffic policeman goes out to control the traffic on a busy road without putting on his official uniform, what would be the outcome? Obviously, there would be a big chaos as the drivers of most of the motor vehicles would, in absence of his official uniform, refuse to obey him, taking him to be a mentally deranged man. In the same manner, if a Muslim abandons his Sunnāh attire and then ventures out to give people Dā’wah towards Islām, no one would pay any heed to him. They would straightaway ask him, ‘If you think Islām is the complete way of life then why haven’t you adopted it to its full extent? Why haven’t you put on Islāmic attire, why haven’t you grown a beard (the reference is to the Sunnāh beard and not the well-trimmed fashion beard), why aren’t your women putting on a niqāb or at least a hijāb?’

In conclusion here is a very awe-inspiring pearl from the life of Hadhrat ‘Umar ibn Khattāb (رضي الله عنه), taken from the fascinating book ‘Pearls from the Path’, Volume 1, compiled by Moulana Afzal Ismail:

‘Umar ibn al-Khattāb (رضي الله عنه) was on his way to Syria. While walking, he came to a shallow stream. He was dressed in a shawl, a pair of leather socks and turban. He jumped off his camel, removed his leather socks and placed them on his shoulder. He proceeded to wade through the water by leading his camel by its reins.

When Abū ‘Ubaidah (رضي الله عنه), who had come to meet him, saw this, he remarked, “O Amīr al-Muminīn, how can you do this? You have placed your leather socks on your shoulder and you wade through the water, leading your camel by its reins! It will displease me if the inhabitants of the city see you like this.”

‘Umar (رضي الله عنه) rebuked him saying, “If anybody other than you had made this statement, I would have given him such a punishment that would have served as a lesson for the rest of the Ummah (Muslim community). We were the most disgraced of the nations and Allāh Most High granted us honour through Islām. When we seek honour in any other way, Allāh Most High will disgrace us.”’

Today this is the case. We have now been relegated to the lowliness that Allāh has promised. For proof, one only has to look around: Muslims are being humiliated, subjugated and oppressed by the very system and people whose ways they seek to emulate, in preference to the Sunnah of their Prophet (ﷺ), and the examples of those who Allāh was pleased with.

Please pass this message to all the individuals/organisations involved in the effort of Dā’wah.

And Allāh Most High Knows Best.