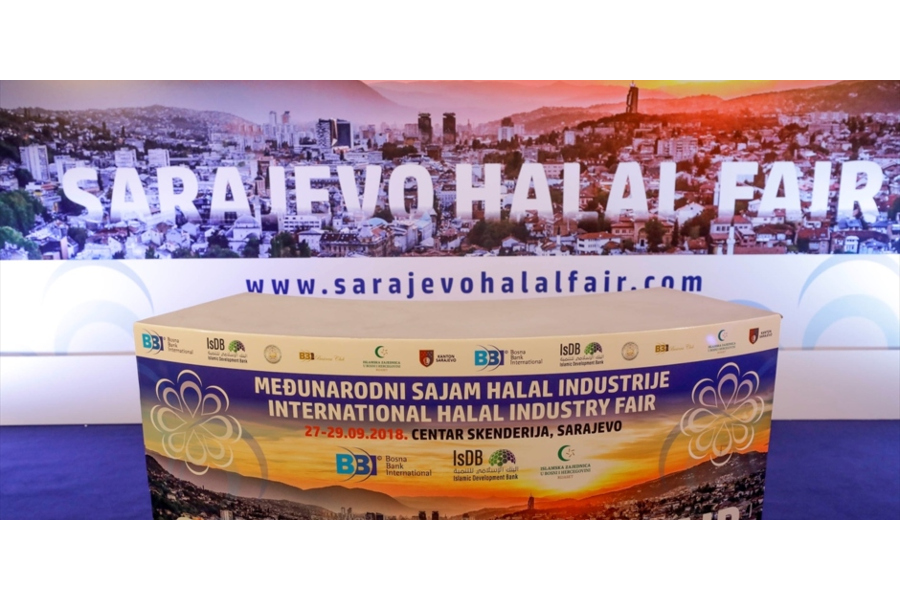 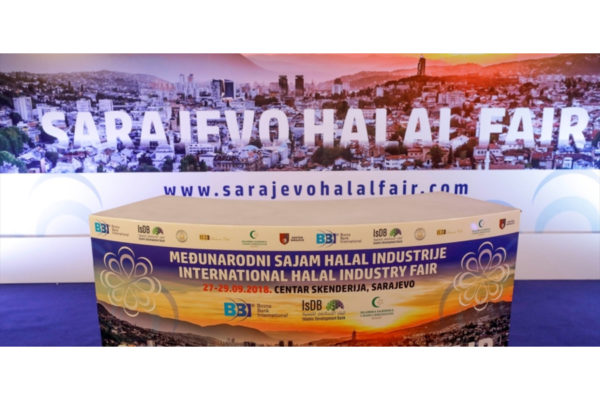 As a country with one of the Europe’s largest indigenous Muslim populations, Bosnia and Herzegovina is positioning itself as Balkan leader in terms of the halal industry, meaning that various products and services are supplied according to the Sharia Law of Islam.

Having hosted the first-ever Sarajevo Halal Fair from September 27 to 29, Bosnian’s halal-certified producers and businesses saw it as a way to strengthen relations with neighbouring countries as well as international partners.

The fair is designed to enable the participants – from Balkan countries, including Serbia, Slovenia and Albania, as well as those from Turkey, Saudi Arabia, the United Arab Emirates, Malaysia and EU countries – to display halal-certified products and so help Bosnia become a significant halal food transportation point and hub.

“The halal food industry has a huge market,” Amer Bukvic, CEO of Bosnia Bank International, BBI, a sponsor of the fair, said in Sarajevo at the opening ceremony.

“Sarajevo and Bosnia in general can become significant destinations for transporting these products from west to east, and from east to west, as well,” he added.

The Gulf-owned bank is Bosnia’s first and so far only fully-fledged Islamic bank, and was launched in 2000 with support from the Islamic Development Bank.

Its portfolio today comprises retail and corporate banking services, as well as banking solutions for the large Bosniak diaspora and for the nation’s lively sector of small-and-medium-sized enterprises and entrepreneurs.

According to the last census held in 2013, just over 50 per cent of Bosnia’s total population of 3.53 million people are Muslim.

Most of the rest the rest are mainly Orthodox Christian Serbs and Catholic Croats.

The size of the Muslim community helped the country to become regional centre for certifying halal products in 2006, when the first agency for halal quality certification in Europe was formed.

Data from Bosnia’s Agency for Halal Quality Certification show that 120 companies in the country are certificated as halal. Of these, 90 produce halal food, with more than 4,500 products already on the market.

The agency certifies products and services according to halal standards in Bosnia, Serbia and Montenegro, with the majority of certificates relating to the food industry, Damir Alihodzic, head of the agency, told BIRN.

He said that their certificates now “are recognized worldwide because we passed the accreditation process and got recognition from other certification bodies, such as in Malaysia. Based on this, the export of halal products from Bosnia can go undisturbed to almost all countries of the world”.

Bosnia does not keep records on halal exports, but the agency’s own data show that halal-certified products are exported mainly to other countries in the Balkan region with significant Muslim communities, such as Kosovo, Montenegro and Macedonia.

The vast majority of Kosovars are Muslim Albanians, while sizeable Muslim communities also exist in Macedonia, where about a quarter of the population are Albanian, and Montenegro, where the percentage is smaller.

“In addition, we know that a large number of halal-certified companies [from Bosnia] export to European Union countries,” Alihodzic said.

Halal products from Bosnia can also be found in America, Russia, and as far away as Australia, as well as more predictable destinations such as Arabia, the United Arab Emirates, Kuwait, Qatar, Iraq and Turkey.

“The latest information is that one of our dairy firms exported over 14 tons of cheese made to a Saudi Arabian recipe and requirements about ten days ago,” Alihodzic recalled.

The Halal market in the Balkans has grown by about 17 per cent each year over the past decade, as many former secular Muslims embrace a more conservative lifestyle, marked by religious observance and respect for Muslim religious dietary rules.

While many people often imagine that halal products are merely free of pork, Alihodzic says it goes way beyond that.

“It’s much more; it requires that all raw materials must also be cleared of pesticides, heavy metals, GMO, antibiotics and other elements that have a negative effect on our health,” he explained.

Mahathir Mohamad, the Prime Minister of Malaysia, told the opening ceremony at the fair, via teleconferencing, that the growth in the Bosnian halal industry would add to the interest of tourists from Muslim countries like Malaysia.