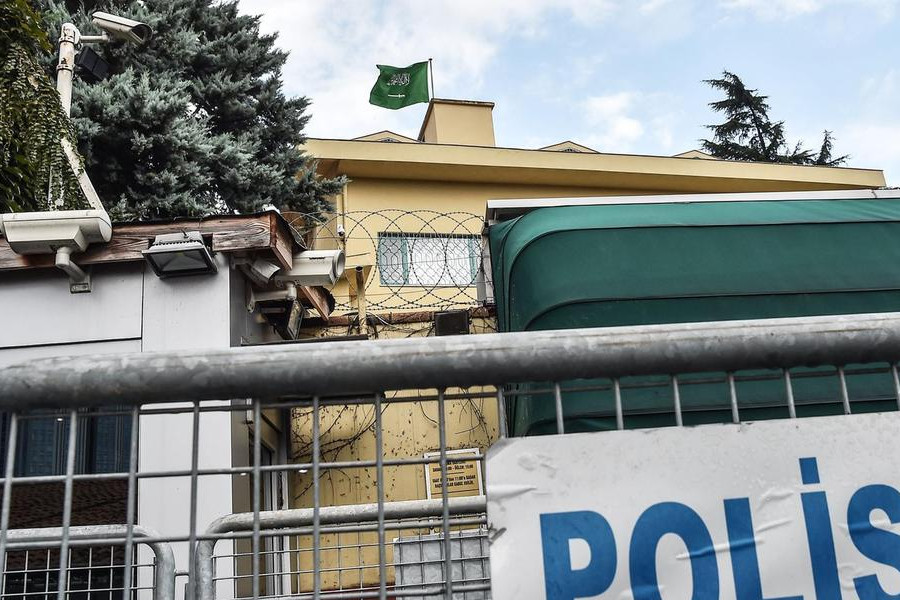 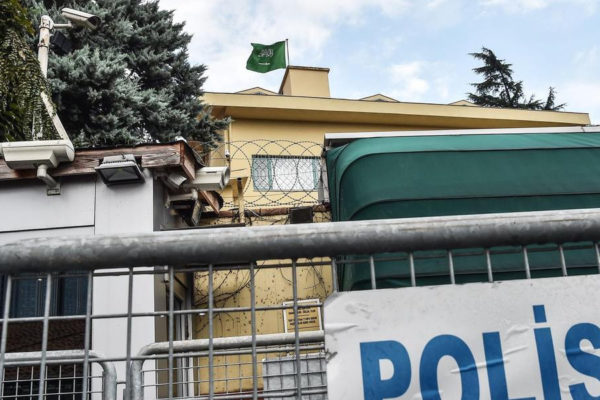 The Washington Post reported late Thursday that U.S. officials have been informed by the Turkish government that Ankara has audio and video recordings proving that Saudi journalist Jamal Khashoggi was killed inside the Saudi consulate in Istanbul.

The recordings show that Khashoggi was detained Oct. 2 after he entered the consulate, detained, tortured and then killed and dismembered, U.S. and Turkish officials told the newspaper.

The report said it is not clear if U.S. officials have heard or seen the recordings, but Turkish officials have shared their content with the Americans.

Earlier in the day, President Donald Trump said the U.S. has investigators in Turkey trying to determine what happened to Khashoggi.

“He went in and didn’t come out,” Trump told the Fox & Friends news talk show. “It certainly doesn’t look like he’s around.”

Turkish officials say they believe that Khashoggi, a critic of Saudi Crown Prince Mohammed bin Salman who wrote opinion articles for The Washington Post, was murdered last week by a team of 15 Saudi agents who flew into Istanbul, a contention Saudi Arabia has called “baseless.”

The newspaper said that U.S. intelligence intercepts showed that Salman had ordered an operation to lure Khashoggi back to Saudi Arabia from his home in the U.S. and then to detain him.

The White House has declined comment on the role the U.S. is playing in the Khashoggi investigation.

Nauert added, “We don’t have an information on his whereabouts right now or what happened to him.”

“So it would be unnecessary to send agents from the States to conduct investigations,” he said.

The agents, however, would have to work with local law enforcement counterparts because they lack legal authority, Gomez said.

Trump said “it would be a very sad thing” if Khashoggi has been killed and would set a “terrible, terrible precedent. I don’t like it. No good.”

Yet Trump said even if it is determined that Saudi Arabia was responsible for Khashoggi’s disappearance, he is opposed to cutting off $110 billion in annual sales of U.S. weapons systems to Riyadh, because it would hurt U.S. defense manufacturers.

“That doesn’t help us,” Trump said, “knowing (the Saudis) have four or five other options” to buy arms from other countries.

A group of U.S. senators on Wednesday pressured Trump to hold Saudi Arabia, a longtime U.S. ally in the Middle East, accountable for Khashoggi’s fate, possibly calling for sanctions against the kingdom if it finds human rights violations under terms of the Global Magnitsky Act of 2016.

The lawmakers said Khashoggi’s disappearance “suggests that he could be a victim of a gross violation of internationally recognized human rights.” They told Trump, “Our expectation is that in making your determination you will consider any relevant information, including with respect to the highest ranking officials in the government of Saudi Arabia.”

Under the law, Trump would have 120 days to report to the Senate with a determination and a decision on the imposition of sanctions.

The White House said Wednesday that top Trump administration officials have spoken to Salman about the mysterious disappearance of Khashoggi.

National Security Adviser John Bolton and senior adviser Jared Kushner, President Trump’s son-in-law, talked with Salman Tuesday, while Secretary of State Mike Pompeo had a follow-up call with the Saudi leader to reiterate the U.S. demand for information about the case, the White House said.

“In both calls, they asked for more details and for the Saudi government to be transparent in the investigation process,” the White House said. Spokeswoman Sarah Sanders said the U.S. is continuing to monitor the unfolding investigation in Istanbul, but offered no information about what the crown prince told the U.S. officials about Khashoggi’s disappearance.

Trump told reporters he had talked with officials in Saudi Arabia “at the highest level” about Khashoggi’s disappearance, but offered no indication on his whereabouts.

Trump declined to say whom he talked with in the Saudi government. He said his aides have been in contact with Khashoggi’s fiancee, Hatice Cengiz, and hope to set up a meeting with her at the White House.

Turkish officials say they believe Khashoggi, a critic of Salman who has been living in self-imposed exile in the U.S., was murdered Oct. 2 inside the consulate when he went there to pick up documents to allow him to marry Cengiz, a Turkish national, or perhaps spirited away to Riyadh.