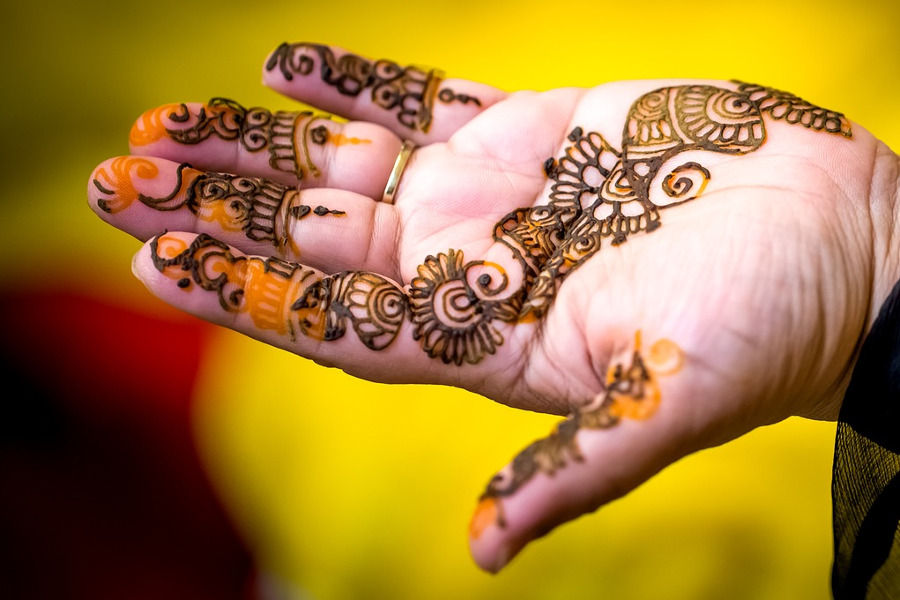 The beauty about marriage seems to have been replaced with a material consideration about the wedding which has become a matter of grave concern and stress to many people.

Some people consider that because the wedding ceremony is a one-time event, one should spend extravagantly on it. Hence, we often hear people saying “this is a once in a life-time event,”, “it is the most important occasion in one’s life”, “the happiest moment of life” etc. in order to justify the exorbitance.

Obviously it is a fact that marriage is one of the most special events in one’s life. But it is not compulsory that the most “especial event” should be the most “expensive event”.

Marriage is an institution which helps establish new generations. Islam considers the marriage contract to be a natural yet solemn legal foundation for a strong and loving family relationship between a man and a woman.

Indeed the relationship between the spouses is among the most amazing of all human relationships. The love and affection, intimacy and closeness, married with patience and commitment, duty and responsibility, and mercy in the face of faults are all part of what makes the happiness and comfort of marriage simply inexplicable. The wedding signifies the starting of all of that.

By hearing the word ‘wedding’, a beautiful picture comes to mind as those of gathering of friends and relatives, appetizing food, an beaming bride, a well-dressed bridegroom with an entertaining and charming party.

But at present the sense of what a wedding should be is completely altered. For some it has been reduces to a chore, for others a business project, or worse a competition among families. There are excessively expensive wedding halls, special beauty parlors and bridal showrooms and wedding planners who offer unrealistic promises of “eternal memories” for even more unrealistic prices.

Now those things are not a problem in and of themselves but there is also enormous social pressure on families, who cannot afford such things, to act as though then can often resulting in debt, conflict, and hardship.

People acquire heavy loans just to host a fancy and lavish party. Some people even sell their expensive belongings, such as plots, houses, cars etc., in order to throw a luxurious and lavish wedding party.

Perhaps many people even believe that their respect will be lost if they do not hold an extravagant and elaborate wedding bash and invite many people or if they don’t out-do their neighbor or friend.

Examples of a bridegrooms who had to sell possessions like cars to meet the pressing demands of the marriage event are not rare. A family known to me, sold almost all their properties and belongings, and arranged the most lavish wedding party in their town for their daughter’s marriage. Now, almost 10 years later, they are still struggling with the economic challenges arising out of that expensive wedding event.

Instead of thinking about the future partner and the upcoming life, we are much more concerned about the gigantic party and about maintaining our so-called status. Sadly, often low-income parents delay getting their sons and daughters married because they feel pressed by society to throw a big bash, with a “honeymoon” and all.

After all, the amount of money spent on the ceremony has no positive effect on the life of the couples. It is not going to bring happiness, mutual understanding, intimacy, patience, and love among the couples.

Instead in some cases, the couple find themselves under pressure of debt for several years. And the formative years of their marriage passes with them living and working to pay back the debt.

In Islam, the wedding party is made very simple and sensible. It is often said that, ‘the less the wasteful spending the more the blessings’ is the idea at the heart of the Islamic wedding party.

Thus the lack of cash or elaborate ceremony should not take over the sacredness or purposefulness of marriage and the wedding party. Extravagance should not be the reason for young men and women to be married off after they cross over their prime age.

A marriage in Islam is solemnized by a nikah (marriage contract) and a walima (reception) that follows once the marriage has been consummated.

The reception is basically a feast to celebrate the marriage, since marriage is, after all, a joyous occasion. It is also Sunnah for a man to invite people to it.

But the argument that it is only once in a life time and the tradition of reception grants us should not be an excuse to spend too much. Extravagance is not allowed in Islam and is blameworthy in all matters, whether it has to do with marriage or otherwise.

In fact, wasting Allah’s bounties is something Allah has warned us against:

“Do not act extravagantly; Surely Allah does not love the extravagant”. (Quran, Surah Al An’am :141)

What is prescribed in Islam is that the individual should not make things difficult for himself and should not burden himself with more than he can bear. Rather one should spend according to one’s means and what he is able to afford, whilst avoiding extravagance and going to extremes in spending.

May Allah help us to bring this about and make matters easy for us.