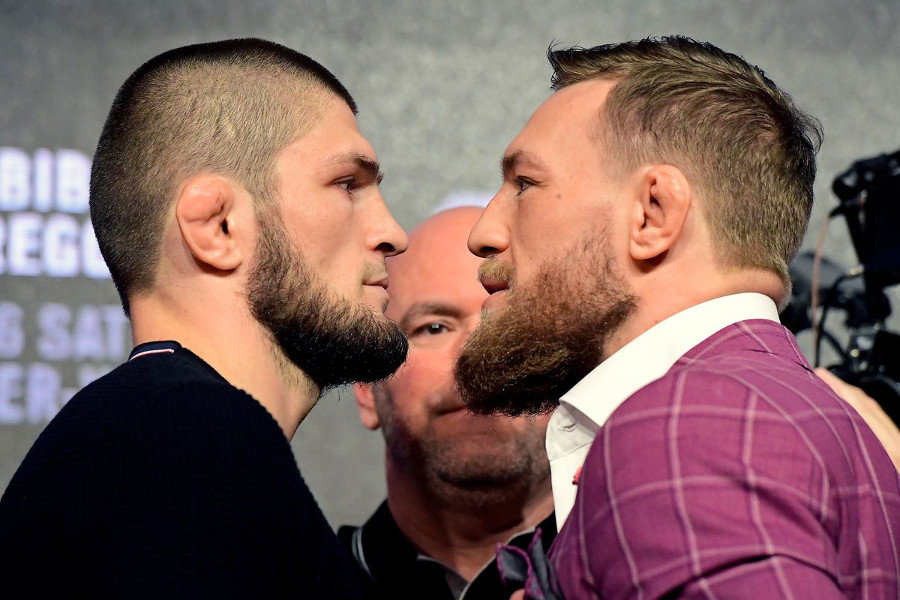 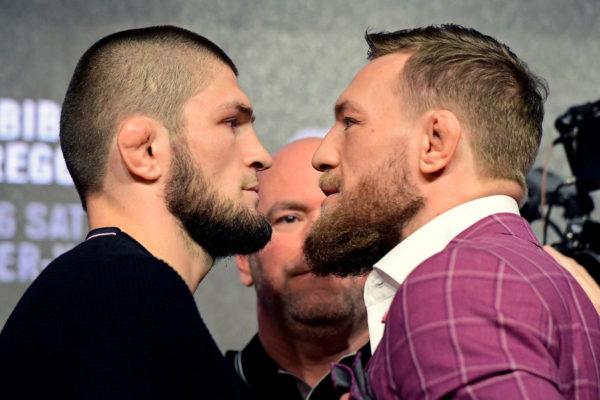 The fight between Khabib Nurmagomedov and Conor McGregor has received plenty of publicity and hype as one of the biggest UFC fights.

In fact McGregor claims that he will be pocketing AUD $90 million from the fight, in addition to the sales of his Proper No. Twelve Whiskey brand which has been so popular that some stores are limiting sales to ensure availability for customers.

On the other side of the cage, the hype is all about the undefeated Khabib, a devout Muslim who’s fighting strength, style and personality has won the hearts of fans all around the world — especially the Muslim youth.

There is no doubt that Khabib has appeal, lots of it. There is a video of him wrestling a bear when he was a child. He regularly praises Allah Most High. He is a proud Muslim. He is a practising Muslim. He doesn’t drink. He has famously stated that Alcohol and Women ‘Spoil’ Fighters and Make Them ‘Weak’. It is very easy to see why Muslim youth are attracted to this champion. It’s not only the Muslim youth that have been charmed. Some Muslim scholars, daees, and well known personalities seem to be advocating for Khabib, and making duaa that the arrogant McGregor is ‘humbled’. This begs the question of whether the hype has taken over, and whether our understanding of the purpose of life and the Islamic religion has been marred by fantasy.

‘Kill Joy’ you may be thinking, however as Muslims we should always search for and speak the truth — even if it is against ourselves, against our relatives, and even against our whims and desires. More so, the truth should be said even if it goes against popular opinion, social trends, and what has become normal in society.

As Muslims, we also have a duty to clarify misconceptions when they spread and become stitched into the fabric of our society. As much as we would love a quick fix, a knock out to our problems as Muslims, a hero to win something for us Muslims and get us out of our defeated state, make no mistake, combat sports such as MMA (Mixed Martial Arts), and boxing are prohibited in Islam. The trauma, the striking of the face, the injuries, and the physical harm that ensues can in no way be accepted within the religion. It’s been reported that:

Abu Huraira reported Allah’s Messenger (ﷺ) as saying: When any one of you fights with his brother he should avoid striking at the face. (Sahih Muslim)

The reason that these combat sports are forbidden in Islam is that they are harmful and may cause physical damage and harmful side effects to the fighters, and Allah Most High has forbidden us to harm our bodies, which He has commanded us to preserve and protect.

It was narrated from ‘Ubadah bin Samit that the Messenger of Allah (ﷺ) ruled: “There should be neither harming nor reciprocating harm.”

In fact, this celebration of violence and the pleasure sought in watching ruthless bashings is in no way acceptable within the religion of Islam, and goes against the innate disposition of human beings. The reality is that we have been fed this violence culture in blockbuster films that seek to glorify the bloodshed and brutality as a form of strength and toughness. Although normalised in this day and age, our beloved prophet taught us differently.

Abu Hurairah (May Allah be pleased with him) reported: Messenger of Allah (ﷺ) said, “The strong man is not one who is good at wrestling, but the strong man is one who controls himself in a fit of rage.” (Al-Bukhari and Muslim)

Ironically, there are some that will detest and justify by saying that our beloved Prophet Muhammad (ﷺ) wrestled with Rukanah who later become a companion, but this is in no way a correct form of analogical inference.

The biggest of all fallacies however, is that some consider a Khabib win a victory for Islam simply because he is Muslim. It is rather ‘victory for a Muslim’, but in no way can this ever be a ‘victory for Islam’. This is delusional thinking and is very remote from the fundamentals of our Deen. Islam can only be victorious when Muslims follow its teachings. When we fulfil the commandments of Allah Most High, and abstain from HIS prohibitions. When we follow the teachings of our beloved Prophet (ﷺ), and emulate his character, then and only then will we be given victory.

There is no doubt that Khabib is a great role model for many. His character, composure and the way he handles himself are praiseworthy. His ability to represent Islam within his circumstances is also commendable, however we must not become so disoriented in our understanding that we confuse right and wrong, halal and haram, beneficial and detrimental.

Malaz Majanni is an Australian Muslim Community Advocate and Founder & CEO of OnePath Network — an Islamic digital media outlet based in Sydney Australia.