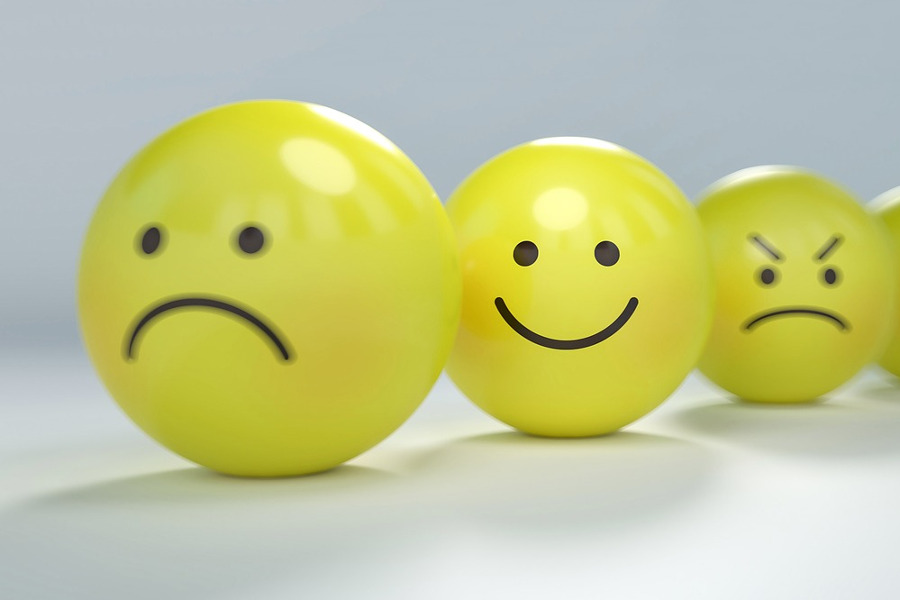 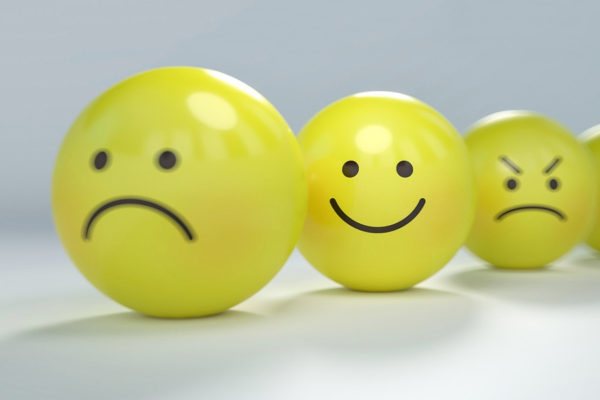 Life in this world continues with its ups and downs. Human soul is like a guest house. Not just sorrows and afflictions but also happiness and goodness of this world are like its guests. None of them are permanent. This is why a believer should not disrupt the order and tranquility of this world by feeling too much happiness or sadness in the face of varied incidents of this mundane world.

The perfect life of the Messenger of Allah (pbuh) is full of manifestations of sadness and suffering. Further, he states this in the following saying

However, none of his suffering hindered his balance and resolution. He (pbuh) confronted all of them with maturity and contentment. Even though his soul was full of sorrow, his face never went without a smile. Nobody ever saw him frown or with sullen face; because, he was always smiling in peace and tranquility for being in the presence of Allah the Almighty and manifesting the smiling face of Islam under any circumstances.

The goodness of the inner beauties of the Companions of the Prophet (pbuh) and the friends of Allah, who were annihilated themselves in the Prophet (Fanaa fi al-Rasūl), has manifested in their faces. Umm al-Dardā (r.a) narrates that:

“When Abū al-Dardā was talking, he always smiled. One day I told him:

“I am worried about that people might think your smile weird and admonish you” and he replied:

Constant smile of the Messenger of Allah (pbuh) is the best manifestation of his restful unity with Allah the Almighty.

Every human being feels pleasure from being happy; however, like in everything else, there has to be a balance and an appropriate limit in feeling happiness. Just like it is wrong to destroy one’s self because of the suffering faced in this world, it is also wrong to show too much joy and pleasure before the felicitous incidents of the world.

Jalal al-Dīn Rumī makes a subtle warning about that even an ordinary act like smiling may give clues about the character of a person and says that:

Excessive laughter sometimes impels a person to heedlessness and makes him forget that he is being tested in this world. Forgetting that the real happiness is in the Hereafter results in slavery to the mundane pleasures of the self. Long and continuous laughs poison the soul, darkens the heart, and causes it to lose its sensitivity.Omar t makes the following warning about the dangers of excessive laughing:

Heedlessness, which is the most significant spiritual disease, deceives human by showing him that his happy life in this world is eternal. Heedlessness distracts his attention and makes him forget the main problems of a human being in this world like death, resurrection, judgment day, and afterlife.

This characteristic of a human being is stated in the following verse:

In this respect, the Messenger of Allah (pbuh) says that:

“If you but knew what I know then you would have laughed little and wept much.” (Bukharī, Tafsīr, 5/12)

“The wise, indeed, make lamentations at first and smile later; the foolish, on the other hand, smile at first and beat their heads at the last. O people! From the beginning of the affair discern the end (thereof), so that you may not be remorseful on the Day of Judgment.”

In this regard Imam Ghazālī narrates the following story.A man asked his brother, who was laughing exaggeratedly:

“What is the matter? Did you get news that you have been saved from Hellfire?” His brother said: “No, I did not.” The man asked again: “Then how can you laugh so much?” (Ghazālī, Iḥyā, III, 288)

None of the servants of Allah except His prophets are guaranteed to enter the Paradise. Wahb b. Ward (may Allah have mercy his soul) gave the following advice to the people, when he saw them laughing on a holiday:

Muhammad b. Waṣī (may Allah have mercy his soul) says that:

“The laughs of those, who do not know whether they will be in heaven or in Hell are as weird as the cry who is already accepted in Heaven.” (Ghazālī, Iḥyā, III, 289)

This conduct consists of an important aspect, which Islamic ethics helps its followers to gain. Therefore even if a believer has great volcanoes boiling in his heart, his face should spread serenity like a peaceful harbor. He should neither be too relaxed with joy nor be pessimistic with extreme grief.

A believer should develop a moderate state in his heart between khawf (fear or awe of Allah) and raja’ (hope in Allah’s mercy). Khawf means not to be spoiled from good deeds and to be in a state of both continuous supplication and fear Allah’s punishment. Raja’, on the other hand, means to be hopeful of His mercy and not to be pessimistic.

Khalid al-Baghdādī explains this state of the heart to one of his disciples in a letter:

“I swear Allah that I do not believe that I have performed a single action which is acceptable by Allah and won’t be questioned before Him since the day I was born… (I only hope my Lord’s mercy) …Please do not forget to pray for this poor servant’s success and for him to have a good last breath.”

A smiling face, which is an essential characteristic of a believer, also shows the level of this state of moderation. However, even a praised behavior, such as smiling, has dangers and the danger of smiling is to do it with wrong intentions. Smiling out of wrong intentions such as pride, scoffing, looking down to brothers in Islam will have serious consequences in the Hereafter.

When Ibn Abbas (r.a) was interpreting the word “small or large” in the verse “They will say, “Woe to us. How come this book leaves nothing, small or large, without counting it?”…” (18; 49),

he says that: “small means smiling when mocking with a believer, while large sin, on the other hand, is laughing meanwhile.” (Ghazālī, Iḥyā, III, 294)