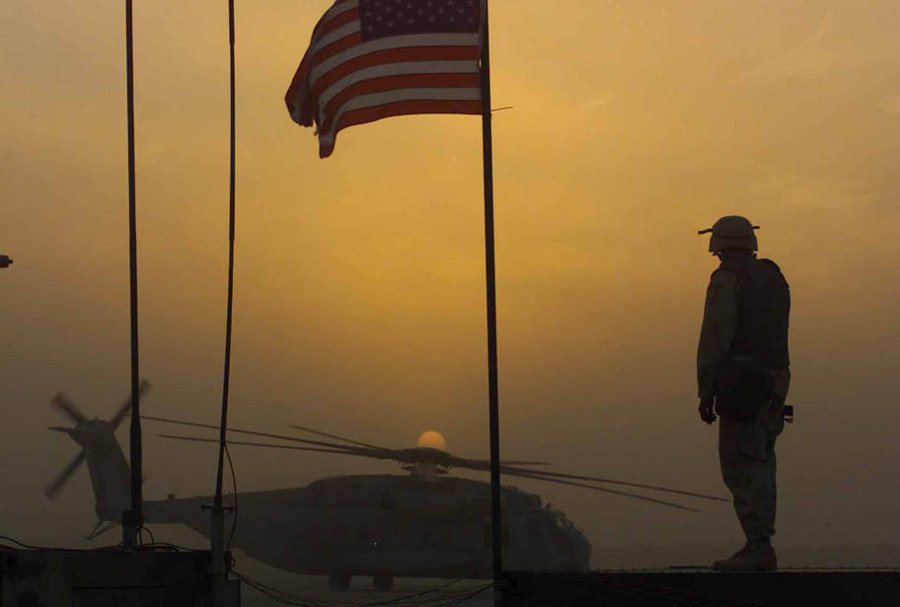 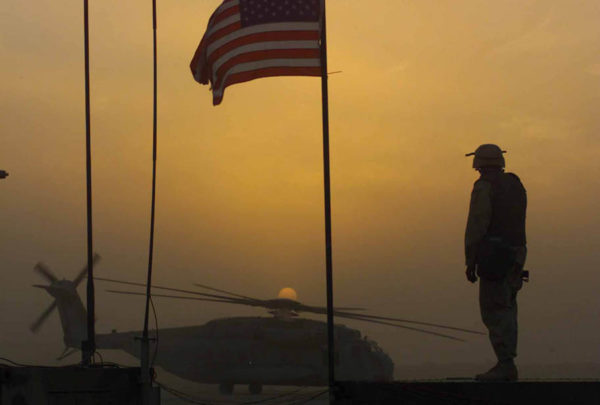 You may not have noticed it – the chair that wasn’t there.

The seven-year long Syrian civil war is ending with a government victory, aided by Russia and Iran. Talks to end to the war are accelerating.

Who is at the table in those talks? Russia, Turkey and Iran. Noticeably, not the United States.

The missing U.S. was starkly obvious from recent photos of the leaders of Iran, Turkey and Syria negotiating the next steps.

Yet despite the major military presence of the U.S. in the region and a legacy of deep involvement in the Middle East, the U.S. is not among the faces of those who are determining Syria’s fate.

As a scholar and practitioner of foreign affairs, I believe that nowhere is the erosion of U.S. global power more evident than in the upheavals in the Middle East.

The power shifts are not temporary. The old order, in which the U.S. was the most influential force in the region, cannot be rebuilt, and the U.S. is going to have to adjust to this diminished status.

The decline of the U.S. as the regional balancer, some argue, is the result of President Barack Obama’s decision not to enforce his red line in Syria after President Bashar Assad used chemical weapons in 2013.

Others say it is President Donald Trump’s fault for taking sides in some of the region’s central conflicts.

Obama’s leverage in Syria was always weak unless he was willing to deploy U.S. ground forces.

A one-off U.S. missile strike on Syria in 2013, after Assad attacked his citizens with chemical weapons would have had no more effect on the outcome of the war than the Trump administration’s strike after a similar incident in 2017.

It’s time for realism. Power has shifted in part as a direct result of U.S. policies and actions that for at least 50 years supported autocrats and undermined democratic efforts in the Middle East. Those actions are long remembered in the region.

The U.S was not alone in supporting autocrats. The United Kingdom and France joined the U.S. in supporting strongmen in the region for decades and fiercely opposed anti-colonial nationalists like Egypt’s Gamal Abdel Nasser. The U.S. and U.K. joined to overthrow the democratic, reformist government of Mohammad Mossadegh in Iran in 1953. The region remembers how the CIA helped overthrow him and put in place Shah Mohammad Reza Pahlavi, who was heavily dependent on the U.S. as leader of the country.

The invasion of Iraq in 2003 was facilitated by U.S. planning for a regional military role that had been underway for some time. That newly assumed role, intended to restore order or overthrow regimes, led to military actions that had negative consequences for U.S. standing in the region.

As a foreign policy scholar, I visited the Tampa, Florida, headquarters of the Joint Rapid Deployment Task Force in the early 1980s for an unclassified briefing. I learned about the planned network of bases, landing and overflight rights, storage facilities and military exercises that would make U.S. intervention in the region possible.

Through these plans, Spain, Libya, Egypt and countries in the Gulf region would allow U.S. fighters and bombers to fly to the heart of the Middle East. They would provide storage locations for American military equipment, fuel for American operations and joint exercises that would enable them to operate with U.S. forces.

Using this network, the U.S. military was able to eject Saddam Hussein from Kuwait in 1991. This intervention included the first ever U.S. military deployment in the region. The network also paved the way for the U.S. invasion of Iraq in 2003, which overthrew Saddam’s regime, unraveling the regional balance of power. This intervention and the presence of U.S. forces in Saudi Arabia provided a propaganda godsend to al-Qaida, the Islamic terrorist organization first led by Osama bin Laden.

The 2003 invasion, regime change and disastrous occupation opened a Pandora’s box of troubles, destroying U.S. credibility and any capability it had to stuff the troubles back into the box.

The subsequent chaos from Iraq to Syria to Lebanon had many parents, including national, religious and ethnic forces repressed by authoritarian leaders.

But the massive strategic blunder of invading Iraq and the declaration of a “Global War on Terror,” gave Iran and al-Qaida huge incentives to expand operations, rebalancing power in the region.

Removing Moammar Gadhafi in Libya spread the chaos further. No amount of reconstruction strategy and funding after he left could prevent it. The parallel effort to bring democracy to the Middle East revealed the ineptitude and ignorance of U.S. policy. The region remembers.

Trump administration policy has further distanced the U.S. from a leading role.

Trump’s policies are an “accelerant,” hastening the decline of U.S. credibility across the Middle East and stimulating further rebalancing.

Only the Saudis and Israelis are close to the U.S. and it seems they, not Trump, are driving U.S. policy. Iran is not contained. Its influence in the region was clearly enhanced by the removal of Saddam Hussein.

Iran’s extension of political and military power across Syria to Lebanon and Hamas, partly a defensive response to the U.S., has made it a player.

Russia has long been a player in Syria. Despite the overall decline of Russian power since the USSR disappeared, Putin plays a weak hand well, expanding Russia’s influence more broadly in the region.

In my view, the U.S. will not roll back these changes, though it still has a stake in the region.

Terror attacks are a threat to the U.S. and others. The use of force to eliminate terrorist organizations by the U.S. has increased, rather than diminished this threat. An uninterrupted flow of Middle Eastern oil continues to be an important goal, and it is a shared interest of producers and consumers around the globe. Preventing the proliferation of nuclear weapons is critical, which is why others support the Iran nuclear agreement.

Trump’s confrontational strategy is a counterproductive approach to promoting these interests. The only way back to the table, I believe, is for the U.S. to step back to a more neutral position, shrink its military presence, engage all the parties – including Iran – and commit to multilateral approaches.

Peace will not come soon to the Middle East. U.S. influence demands a dramatic change in attitude and approach. Power has shifted and other parties now have the biggest stake and role in the outcome.

This article is republished from The Conversation under a Creative Commons license. Read the original article.