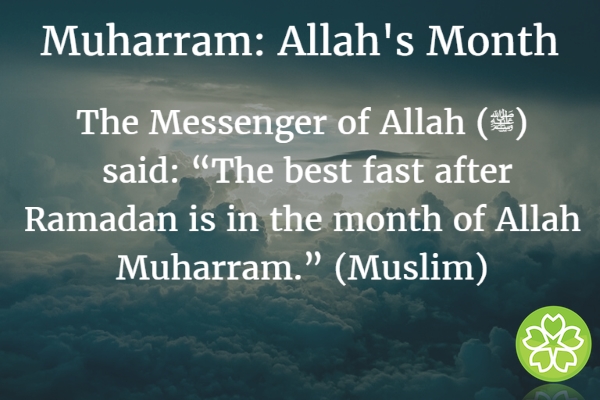 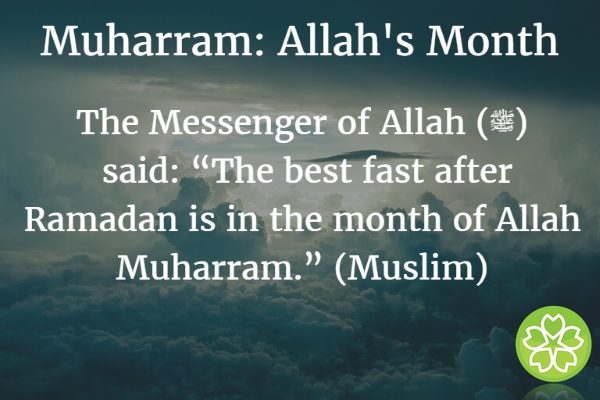 Allah Most High has indeed distinguished some of His Creation from among man and Jinn, He has chosen Messengers. He has granted special virtue to His remembrance (Zikr) over all speech and talk. From the land, He has chosen the Masajid. He distinguished the Day of Jumu’ah (Friday) from amongst the days and Laitatul Qadr (the Night of Power) from amongst the nights. Therefore, respect what Allah Most High has honoured for verily to honour things due to the virtue which Allah Most High bestowed upon them is among the traits of the intelligent”. [Tafseer Ibn Khateer, vol 2 pg 369].

The sanctity of these four months was observed in the Shari’ah of all the Ambiya. Hence all preached to their followers that any act of obedience and virtue in these months earn an increased reward. Likewise, any transgression or disobedience perpetrated in these months is more severe and the sin is multiplied. In the Shari’ah of various Ambiya, wars and fighting (even for just causes) too was forbidden. [Extracted from Ma Ariful Qur’an, vol 4, pg 370].

THE MONTH OF MUHARRAM

“The best of fasts besides the month of Ramadan is the fasting of Allah’s month of Muharram and the best of Salats besides the Fardh (obligatory Salat) is the Tahajjud Salah (performed after midnight)”. [Sahih Muslim, vol 1, pg 368].

“He who fasts on the Day of Arafat, his fast will be a compensation for the sins of two years and the one that keeps a fast in the month of Muharram will receive a reward of thirty fasts for each fast (in the sacred month).”  [At Targheeb Wat Tarheeb, vol 2, pg 114].

FASTING ON THE DAY OF ASHURA (10TH OF MUHARRAM)

Ibn Abbas (Allah be pleased with him) says:

“I did not see the messenger of Allah Most High anxiously await the fast of any day, which he gave preference to over other days, but this day (i.e. the Day of Ashura) and this month (i.e. the month of Ramadan)” [Suhih Bukhari, vol 2, pg 268].

“We are worthier of Musa (peace be upon him) and nearer to him than you”. Thereafter he fasted on this day and ordered his companions that a fast be kept on this day. [Sahih Muslim, vol 1, pg 359].

From the above Hadith it is clear that the fast of Ashura is linked to the salvation of Musa (peace be upon him). Besides this no other Hadith of this category (Sahih) explains the reason for The Messenger of Allah (peace and blessings of Allah be upon him) having kept a fast on this day.

FORGIVENESS OF A YEARS SINS

Besides fasting on the day of Ashura, being generous to one’s family and spending on what is normally spent on food, etc. is a very meritorious act. Certain scholars are of the opinion that the Ahadith in this regard are not authentic. Hence, there is no special virtue for increased generosity on the Day of Ashura. However, this is not correct. To substantiate this, Allama Sakhawi (Allah be pleased with him) writes:

“He who will be generous on his family on the Day of Ashura, Allah will be generous to him throughout the year.” This Hadith has been transmitted by Tabrani and Baihaqi in his book “As-Shaub” and Fadail-ul-Awqat and Abu Shaikh, all of them having narrated it from Ibn Masood. Tabrani and Baihaqi have also transmitted it from Abu Saeed (Allah be pleased with him). In his book “Ash-Shaub”, Baihaqi has also narrated this Hadith from Jabir and Abu Hurairah.

“The chains of narrators of these Ahadith are`Daeef’ Weak, However, when they are considered collectively, the chain of narrators becomes strong (i.e. the Hadith becomes reliable)”.

Allamah Shami too has indicated towards the authenticity of this Hadith. He says:

“The hadith of generosity upon ones family is an established and authentic (Sahih) narration as mentioned by Hafiz Suvuti in `Ad-Durar’”. [Shami, vol 2, pg 155].

Similarly, refrain from participating in the innovations of those who harbour hatred for the Ahlul-bait (the family of The Messenger of Allah (peace and blessings of Allah be upon him), or the innovations of the ignorant; those who oppose corruptions with corruption, innovations with innovations and evil with sin. Hence, they display great joy and happiness. They regard this day as an occasion of merrymaking and adornment and indulgence in Khidab, applying surmah, wearing new clothes, sending lavishly and cooking various foods which are not generally prepared. All these actions are regarding as Sunnah by these ignorant people whereas the true Sunnah is to shun these practices, since no authentic narrations sanctioning such actions has been recorded. [Ma thabata bis Sunnah, pg 254].

Regarding the various beliefs about the significance of the Day of Ashura; many of which are often quoted in our time; Sheikh Muhaddith Dahlawi (Allah be pleased with him) writes:

It is said that:

As for claims such as:

All the above are FABRICATIONS EXCEPT the Hadith of spending freely on one’s family. However one of the narrators is not absolutely reliable” [Ma thabata bis Sunnah, pg 254].

From the list of fabrications which have been quoted from Sheikh Muhaddith Dahlawi (Allah be pleased with him), the Ark of Nuh (peace be upon him) settling on the mountain will be excluded from being a fabricated Hadith. This exclusion is due to the Hadith which appears in the “Musnad” of Imam Ahmad (peace be upon him) vol 2, pg 259.

The Day of Ashura is a great day. While observing it’s greatness, let us shun all innovations and unfounded customs which deprive us of blessings and reward. Let us firmly cling onto the Qur’an and Sunnah and attain success of both the worlds. Ameen.

Source: This is a summary of a booklet which was compiled under auspicious guidance of Sheikhul Hadith Sh. Ml. Fazlur Rehman of Darul Uloom, Azadville, South Africa.