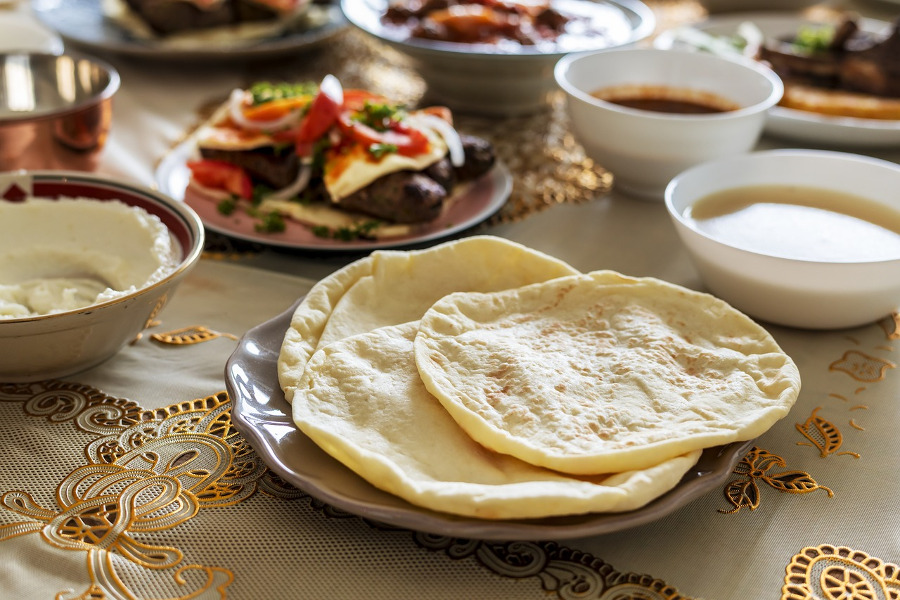 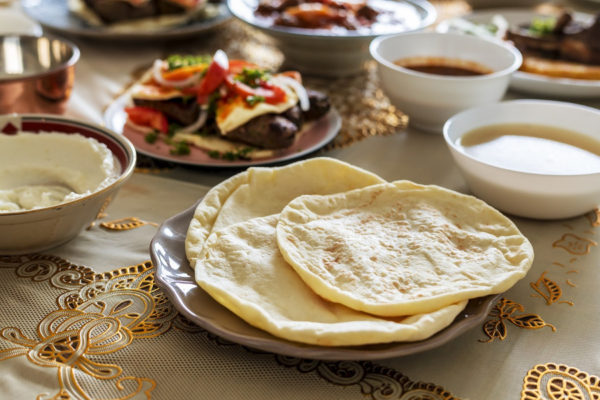 Within the Muslim community, halal is used to describe what is permissible both in food and in actions. We typically associate halal with food, as do many non-Muslims. For purposes of this article, we explore why halal food, specifically meat and poultry, is good for everyone.

I grew up devouring literature with information on eating right and living healthy. When I became a Muslim nearly ten years ago, I was excited to learn about the guidelines set forth in the Quran as it relates to what a Muslim should and should not eat.

In the process, I realized that I was fortunate enough to develop health-conscious eating habits early on in life that morphed into actions related to food consumption in accordance with Islam.

It was quickly obvious to me that the two went hand in hand.

Halal For A Healthier World

As a food writer and blogger, I keep up with the latest news and trends on the U.S. and international food scenes on a daily basis. Unfortunately, there are more and more instances in which food is contaminated and people sickened from preventable issues related to food safety and sanitation in both the agricultural and manufacturing sectors.

Also unfortunate is the rising number of preventable diseases related to over-consumption.

Alhamdullilah, there is a growing movement in the U.S. to revolutionize how and what we eat. Former First Lady Michelle Obama, celebrity chefs like Jamie Oliver, Alice Waters, and well-known food writers such as Michael Pollan are heading up this movement through books, documentaries and lectures across the country.

Because of this push to educate the masses, many people are not only reading labels but demanding to know the source of their food. They want to know what the animals are eating and how they are living, the kind of air they are breathing and what, if anything is being injected into their bodies. They are visiting farms, talking to farmers, insisting on organic products, or at least those that are all natural and not sprayed or injected with harmful pesticides, toxins or artificial growth hormones.

How does halal food fit into this parameter?

Halal encompasses more than just meat, or even the type of meat eaten, although it is the most discussed type of product consumed.

For an animal to go from farm to table as halal food, it must have lived a pure life from the very beginning, finishing a cycle of life that is permissible in accordance with Islamic standards. It must have eaten well, been treated well, and been sacrificed well. It may sound good in theory, but what does this all mean?

The Life Of The Animal

The kind of treatment and feed an animal receives during its life is important. It should be not be abused, mistreated or caused any pain. It should not be confined to an area where it cannot move or walk normally or get fresh air. It should be fed clean water and food that is appropriate and absolutely never fed another animal or products that contain the by-products of other animals.

The Sacrifice Of The Animal

As an animal should be treated well during its life, it should also be treated well at the time it is sacrificed for us. The slaughter should never be done in the presence of other animals and the animal should be made comfortable as it is positioned for the sacrifice. The act of the sacrifice should be done with a sharp object, so as to accelerate the process and reduce the pain suffered by the animal as much as possible.*

Afterwords, the blood should be completely drained from the animal. It is the blood that carries toxins, germs and bacteria and when left inside the body of the animal, could potentially make people sick. At the very least, it could make the cooked meat quite tough. An amazing result of cooking and consuming halal meat is a healthy meat in which the resulting texture is tender and the meat delicious. Some people say they can “taste the difference”.

On the flip side of halal is the haram (impermissible). The most commonly known haram consumables are alcohol and pork (and their by-products), both of which are the cause of numerous health issues (a claim backed by scientific data.) Although these two products themselves could constitute their own essay, for purposes of this article they are only briefly mentioned here.

Instead of seeing the impermissible as a closed door on food choices, one can embrace an entire world of exciting, delicious and healthy variety of foods. Islam enjoins us to treat our bodies well as it has a right over us and will testify against us on the Day of Judgment for any injustices we may have caused it during our lifetime.

Treating our bodies with wholesome foods free of harmful ingredients — pesticides, toxins, pollutants, filth, etc. — is not just a value desired by Muslims, it’s desired by all of humanity. It’s a common need, a common desire and a common right, and that means everyone can benefit from consuming halal foods and avoiding what is not.

*Narrated Shaddad bin Aus (Radiyallahu Anhu) Allah’s Messenger (SAW) said, “Anyone of you should sharpen his blade so that the animal may be spared from the suffering of the sharpening.” [Reported by hadith narrator Sahih Muslim].

Yvonne Maffei Yvonne Maffei, M.A., is a culinary educator and the founder and Editor of My Halal Kitchen, a halal food and cooking blog showcasing culinary tips and healthy halal recipes.
See more posts by this author at MuslimVoices».

For great halal resources see the end of the original article at MuslimVoices.