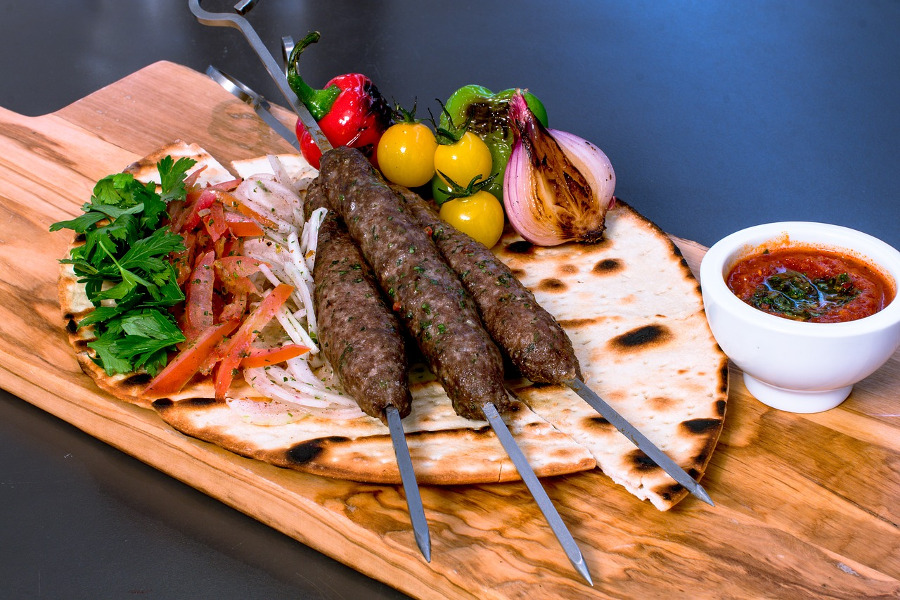 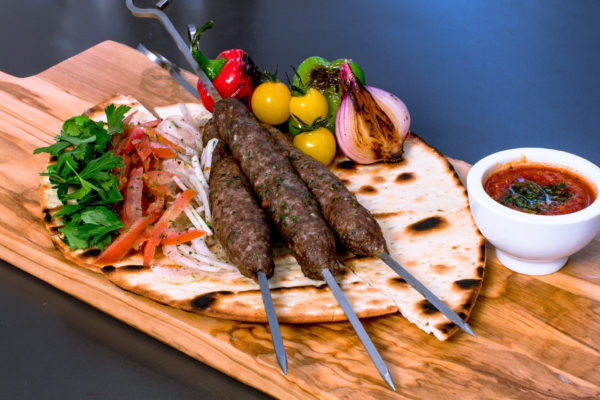 Halal meat is an essential part of the Muslim faith and advocates argue that the practices of traditional Islamic slaughter are humane.

However, many animal rights campaigners argue that religious slaughter causes animals unnecessary suffering and should be banned.

What is halal meat?

Although the term “halal” is used by non-Muslims almost exclusively to refer to the slaughter and preparation of meat in accordance with Islamic practices, its meaning within Islam is far broader.

“Halal” refers to any action or behaviour that is permissible in Islam, including what types of meat and methods of preparation are acceptable, while “haram” refers to impermissible or unlawful actions.

In the context of dietary rules, pork and blood, as well as meat from birds of prey and reptiles, are defined as haram and so forbidden to practising Muslims.

How is halal meat prepared?

God’s name must be invoked in a one-line blessing called the Tasmiyah, said before any slaughter. British Halal Food Authority slaughtermen use the most common version, “Bismillahi-Allahu Akbar” (In the name of Allah the greatest).

Reciting a short blessing beginning with “bismillah” (in the name of Allah) is a prerequisite for Muslims before embarking on any significant task. Orthodox Jews recite similar everyday blessings, including a prayer used before performing kosher slaughter.

The Islamic method of killing an animal for meat is called zabiha. After reciting the blessing, the slaughterman uses a surgically sharp instrument to cut the animal’s throat, windpipe and the blood vessels around its neck. The blood is then allowed to drain from the body.

Only one animal can be ritually slaughtered at a time and the other animals must not witness any death.

The religious law also says how the animal must be treated during its life, with the animal not allowed to have been mistreated or caused any pain. It must also be provided with enough space to roam, clean water, food and fresh air.

Are the animals conscious when they are killed?

Some animals killed for halal meat in the UK are stunned electrically before their throats are slit, known as “pre-stunned slaughter”. The British Halal Food Authority approves of low-voltage electrified water baths to stun poultry and electric tong stunning for sheep and goats.

However, it is forbidden to use methods of stunning that can actually kill the animal, such as bolt guns. Animals not killed by ritual slaughter are considered carrion meat, which is haram.

Do the animals feel pain?

The question of whether religious slaughter is more or less humane than other forms is a matter of debate.

Shuja Shafi and Jonathan Arkush, writing in The Guardian, say religious slaughter is as humane as the alternatives, arguing that traditional methods of stunning, using a captive bolt, gas or electricity, only paralyse the animal so it cannot move. “It is impossible to know whether the animal is feeling pain or not,” they say.

In both Muslim and Jewish religious slaughter, the act of slitting the throat “stuns the animal”, they add, and “there is no delay between stun and subsequent death”.

Animal health experts and campaigners disagree. The RSPCA argues that killing animals without stunning them causes “unnecessary suffering”, while activist group Peta calls halal slaughter “prolonged torment”, saying the animals “fight and gasp for their last breath, struggling to stand while the blood drains from their necks”.

The British Veterinary Association calls for all animals to be effectively stunned before slaughter, while the Farm Animal Welfare Council says cutting an animal’s throat is “such a massive injury [that it] would result in very significant pain and distress in the period before insensibility supervenes”.

How does it differ from Kosher practice?

Unlike halal, the Jewish method of slaughter, known as Shechita, cannot involve pre-slaughter stunning at all.

Its proponents say the use of a chalaf, a surgically sharp instrument twice the width of the animal’s neck, by practitioners who have trained for a minimum of seven years, “meets the European Union’s requirement for stunning in that it brings insensitivity to pain and distress”, reports The Guardian.

So how is halal meat regulated?

According to The Independent, existing European law requires animals to be stunned before they are slaughtered, but grants exemptions on religious grounds.

The UK has such as exemption in place for both halal and kosher killing, meaning that “there are actually more regulations in place governing the handling of animals that will not be stunned when slaughtered”, says the paper.

In 2014, the Danish government joined Switzerland, Sweden, Norway and Iceland in voting to remove this exemption and ban religious slaughter on the ground that “animal rights come before religion”.

The British government has repeatedly resisted pressure from animal welfare groups such as the RSPCA to outlaw halal slaughter without pre-stunning and opposed EU measures that would have required meat to carry labels confirming whether it came from animals that had been stunned before slaughter on the grounds they discriminated against Muslim and Jewish groups.

However, it is as yet unclear how regulations surrounding halal meat will be affected once Britain leaves the EU.

How does this work in practice?

Following an impassioned and at times bitter campaign between council leader Geoff Driver and the local Muslim community, the Conservative-controlled council narrowly voted for the ban.

The decision prompted calls for Muslim students to boycott school lunches and provoked a war of words between Muslim leaders, the council and animal rights groups.

“People will pull out of school meals and people who should eat properly will be deprived of that. For us it’s a matter of faith. For Geoff Driver it is his feelings,” he told the BBC.

Is halal meat more widespread than we think?

According to one of Britain’s foremost vets, many non-Muslim Britons are inadvertently eating meat from animals slaughtered while they are still conscious.

Lord Trees, a former president of the Royal College of Veterinary Surgeons, said that with the sharp rise in the number of sheep and poultry being killed in accordance with halal practice it was highly probable that some unstunned meat was entering the “standard” food chain, mainly in pies and ready meals.

“It’s very difficult to have accurate traceability when meat may go through the food chain and pass through several different people’s hands. Various parts of it will go in all sorts of directions into different food chains and different processing systems, often different countries,” he wrote in the journal Vet Record.

The Daily Mail has cited new figures from the Foods Standards Agency which show the number of sheep slaughtered in Britain without being stunned had doubled in six years, to more than three million.

Raising the mater in the House of Lords, Lord Trees called for a change in the law to ensure all animals had to be stunned before they were killed, asking “Does the minister agree with me that in that aspect of animal welfare we are going backwards?”

How much is the industry worth?

The industry body Eblex has estimated the value of the halal meat industry to be around £2.6bn a year.

Its latest report into the halal meat market is Britain also suggests that while Muslims in the UK represent just three per cent of the population, they consume around 20 per cent of all the lamb sold as well as a growing percentage of beef, most of which is halal.

However, this accounts for just a fraction of the global halal-certified food and beverage industry, valued at $415bn per year.

Perhaps surprisingly, according to Al Jazeera eight of the 10 largest suppliers of global halal meat are non-Muslim majority countries, with Brazil, Australia and India leading the way.

Is veganism an option?

The definitions of halal food revolve around things that are permissible, including preparation and methods of killing. They do not concern the wellbeing of the animal prior to these two stages.

However, there is a less keenly observed dietary concept in Islam known as “tayyib” which, according to religious traditions, has a range of meanings and is often translated as “wholesome” or “good”, The Conversation says.

Although the concept has been mostly forgotten by modern Muslims, to a select few, the importance of observing “tayyib” practices in food is equally as important as halal, and forces many Muslims to become vegan.

“Tayyib literally means pure, clean, good, wholesome and a host of positive meanings,” the Vegan Muslim Initiative says. “What is ‘good and pure’ about shipping thousands of cows, goats, sheep and the like into tightly packed ships and/or concentration camp trucks where they are huddled so tightly, many die from suffocation before they arrive?”

The online publication Animals In Islam goes so far as to add that the lack of observance of tayyib means that truly halal meat is “largely a myth in the industrialised world”, and that “none of the conditions requiring that the dignity of the creature be respected and maintained are met in today’s world of industrial meat production”.

For more great news and analysis try 6 free issues of The Week magazine.