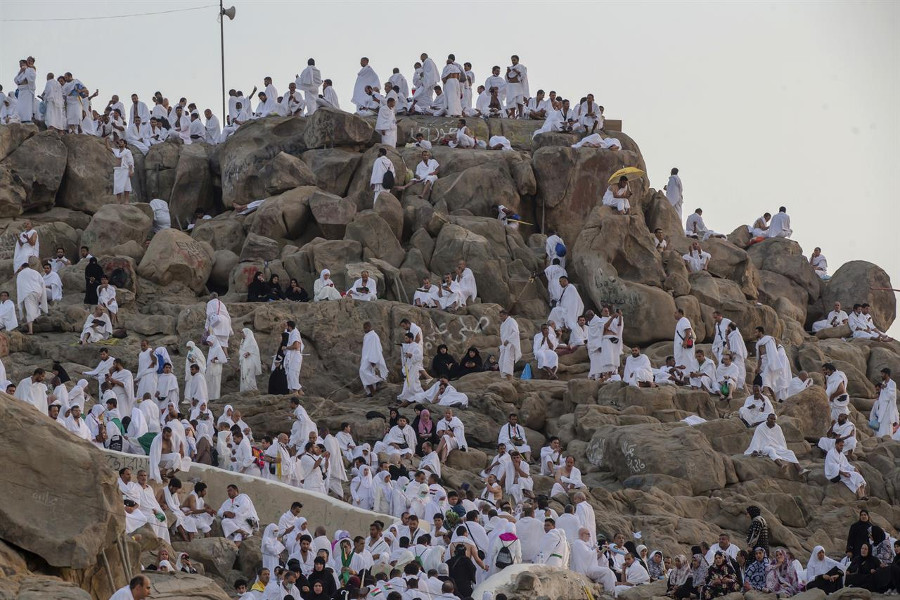 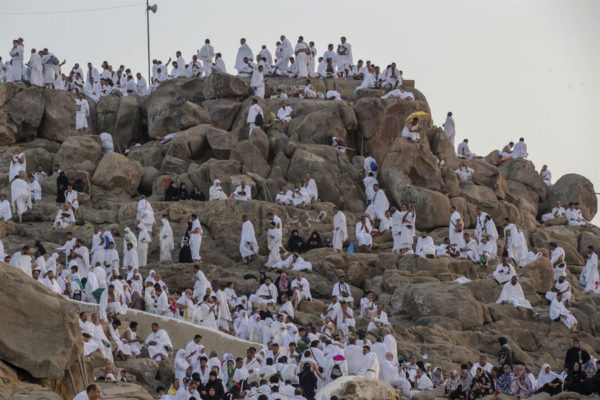 The Prophet (ﷺ) fulfilled all the requirements of ideal benevolence and successful leadership, and people came to him with open hearts.

They raced to perform the Hajj with him when they learned of his intention to perform this important pillar of Islam. Everyone wanted to accompany him and be under his banner.

Some one hundred thousand pilgrims performed the Hajj with him (peace be upon him). The Prophet (ﷺ) left a profound impression on the Muslim soul. He gave them the best guidance and for them he was an exemplary leader. In fact, he was the greatest leader and inspirer the world had ever seen.

Following are just a few examples:

Modesty is one of the attributes of good conduct for which God rewards His servants. Abu Hurayrah narrated: “Allah will elevate those who worship Him in humility.” (Ibn Majah)

Modesty in fact was an order from God to the Prophet (ﷺ) . God says in the Quran:

Thus, the Prophet (ﷺ) obeyed God, and attained an unsurpassable degree of modesty. This was seen during his Hajj on different occasions:

Prophet Muhammad (ﷺ) refused to receive any special treatment as he insisted on drinking from the same basin as everybody else, although people were dipping their hands into the water. “I don’t want it,” he said when they offered to bring him clean water, “Give me some of the water that people are drinking.” (Al-Bukhari)

He also allowed Usamah ibn Zayd to ride behind him from ‘Arafat to Muzdalifah, and he stopped to listen to a woman from the public to answer her question.

During the Hajj, the Prophet’s (ﷺ) mercy for the people can be seen on many occasions:

The Prophet (ﷺ) ordered those who did not offer a sacrifice to end their state of Ihram completely; this would permit them to have intimite relations with their wives, to be dressed in their normal clothes, and to wear perfume. This was an act of mercy for the nation and alleviation of their burden.

He combined Asr (afternoon) and Dhuhr (noon) prayers at ‘Arafat and delayed his prayers when he performed Ifadah (moved) to Muzdalifah, thereby making it easier for the people to perform the rituals. Indeed it would have been difficult for the pilgrims to dismount and unpack several times. In so doing, the pilgrims were able to halt their camels and put their belongings at the same spot where they spent the night.

The Prophet (ﷺ) gave permission to the weak to perform Ifadah, (to leave) from Muzdalifah ahead of the rest of the pilgrims at night, right after the moon had set. Thus, they were able to perform their rituals easily and comfortably on Slaughter Day before the others.

At the time when pilgrims went to spend the night in Mina, the Prophet (ﷺ) permitted his uncle Al-Abbas to stay in Makkah to continue providing people with drinking water.

Further, the Prophet (ﷺ) allowed shepherds to cast their pebbles in one day instead of two after Slaughter Day.

Being merciful to his people, the Prophet (ﷺ) would sometimes perform the rituals in a less favorable manner than they should ideally be performed. For example, he performed circumambulation on his camel back and touched the Black Stone with a stick instead of kissing it or touching it with his hand. He did not perform circumambulation or Sa’i on foot, which would have been better because he did not want people to be turned away or get hurt in his presence.

The good deeds of the Prophet (ﷺ) as leader of the pilgrims during the Hajj were countless and evident for all those around him. Here are only a few examples:

The Prophet (ﷺ) was so generous in giving alms and charities, that he gave away the one hundred sacrificial camels -including their meat, hides and coverings. He also donated in other charities on many occasions.

The Prophet (ﷺ) was so kind to the weak that he mentioned them in his exhortations.

Committed to saving his people, the Prophet (ﷺ) invoked God at ‘Arafat and Muzdalifah, to accept them and to forgive them their sins. When asked by a pilgrim to invoke God on his behalf, he offered a general invocation and said: “May Allah forgive you all.” (At-Tirmidhi)

He spoke clearly and repeatedly to the pilgrims, giving them general information but without going into details. He dealt with the fundamentals of Islam, explained the grave sins and clarified some principles so that people would better understand them.

During his Hajj, the Prophet (ﷺ) showed the highest level of patience. He was most enduring in obeying God’s commands and offering sacrifices. He did it in complete relaxation, tranquility and submissiveness to God.

The Prophet (ﷺ) was most religious, most knowledgeable and most observant of God’s limits, and never transgressed them. The patience and endurance he exhibited when he led the pilgrims without any sign of complaint or resentment is indeed commendable.

The Prophet was keen on perfecting submission and surrender to God, and on performing the Hajj rituals perfectly. He was the leader of the pilgrims and in charge of their general unity and welfare. Additionally, he was the educator and guide of these massive crowds, teaching them good and warning them against evil. He was doing his utmost to convey his message and to explain Islamic rulings in a perfect manner.

The Prophet’s (ﷺ) leniency during the Hajj is exemplified on different occasions:

He took shelter in the shade and moved between the scared sites on camel back. Had he done otherwise, it would have been difficult for the Muslims to follow his example.

He also appeared publicly during the Hajj, so pilgrims had no difficulty in following in his footsteps and asking his opinion about whatever problems they had.

Prophet Muhammad (ﷺ) made matters easier for pilgrims, and never asked them to do anything beyond their capacity, whether in performing the rituals or in leading them and shouldering the responsibility for them.

Moreover, he did not come near the Ka’bah after the circumambulation of arrival until he had returned from ‘Arafat and settled in Mina on the Days of Tashriq. This leniency is clearly shown when he did not go to the Haram until he was ready to leave Makkah.

Further, he ordered his companions to be kind to themselves. Upon seeing a man walking and leading his sacrificial camel, the Prophet (ﷺ) said to him “Ride on it.”

“It is a badana (a camel intended as a ritual sacrifice),” the man replied.”