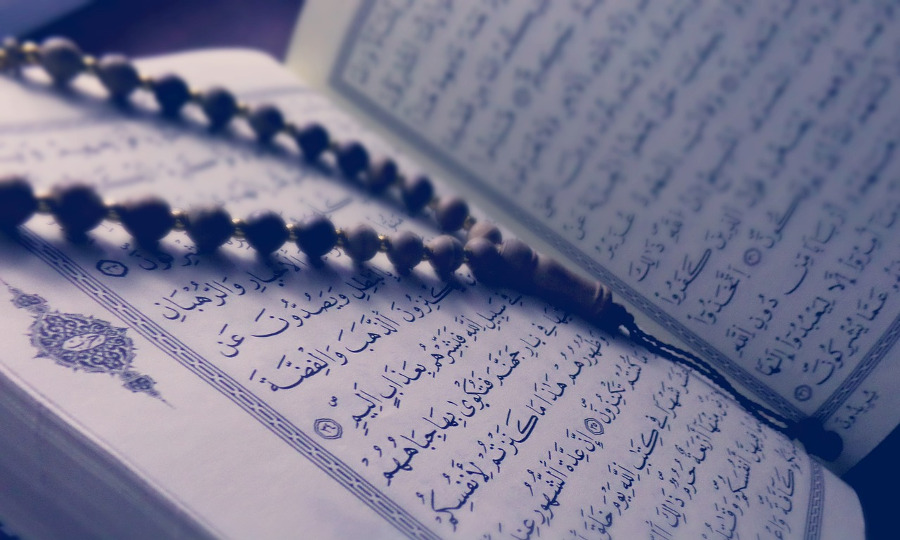 Allah Jalla Jalaluhu has endowed us, Muslims with a great gift in the form of the Deen of Islam. Allah (Most High) says in Qur’an Kareem:

Today I have perfected your Deen for you, completed My bounty upon you and chosen Islam as your Deen. [Qur’an 5:3]

It is now our duty to see that this great bounty from Allah enters our life and the lives of the members of our entire family and remains there up to the end. This requires a great effort.

Let us examine the lifestyles of the following two men, Man A and Man B with regards to the religious efforts they are making on their respective families.

He is a very religious man. Besides regularly praying five times a day (never missing Takbeer-e-Ula – the first takbeer) he is also very particular about his Nawafil Salaah, fasting twice every week and giving Sadaqah on regular basis.

However, being the head of the family he is not very strict about his family members, including his wife, or rather, he is very soft with them. They are very far from Deen. They are very much involved in amusements and entertainments of the world.  They are not even regular in offering their Salaah. In short each one is living his or her own world totally opposite to that of the head of the family.

Although he is very regular in offering his five-time Salaah and never goes against the commands of Allah, you cannot call him an extremely religious man. He is average in his worship. He lacks the ability to fast extra days besides Ramadan and is also laxed about offering Tahajjud Salaah.

Notwithstanding all these shortcomings, he is very particular that his family members are not away from Deen. He sees that they do not go against the commands of Allah Most High, abstain from un-Islamic activities and are also very regular in offering their daily five-time Salaah.

Which one of the above two has true love for his family?

In the same manner the head of the family being the shepherd of his family, is like the train engine that has the power to pull the ‘train’ comprising his family members. He has to be conscientious about himself as well as his family members remaining on the right path.

Looking at the state of some of today’s families we find it exactly opposite. The head of the family is leading one type of life based on piety while the rest of the family members are on a totally different path, constantly disobeying Allah’s commands. His male family members might be keeping away from Masjid for consecutive days yet he is reluctant to reprimand them.

This situation can be likened to the following parable which conveys a very strong message:

A man or the Head of the Family is sitting on a sofa in his living room reciting Qur’an. There are other members of his family, all preoccupied with their smartphones.

Suddenly the doorbell rings. The man waits for someone to open the door but everyone seems deeply engrossed in staring at their screens. Eventually the head of the house himself has to open it.

Standing in front of the door is an elderly man. He says, “My name is ‘Deen‘ (religion). I have come to stay in your house. If you will let me in, you and your family will benefit a lot and you will be abundantly rewarded by Allah Most High.”

The Head of the Family hesitates for a while. He then answers, “Please let me consult my family members.” After saying this he goes inside.

The first person he approaches is his sixteen-year old daughter. She seems to be busy chatting with her boyfriend on WhatsApp. He asks her if Deen can come to their home. She answers, “Please Dad leave me alone. Can’t you see I’m busy?” After saying so she continues with her chat.

The man goes to his eighteen-year old son. His eyes are closed and his body parts are moving in rhythm with the music that he is listening to through the earphones, the wires of which are fixed to his smartphone. The man asks him, “Can you hear me?” The boy opens his eyes. The man asks him if it is okay if Deen comes to their house. The boy gestures negatively and closes his eyes, apparently continuing listening to the music on his earphones.

Now only his wife is left. He goes to her. She is engaged in doing some work on her smartphone. She glances at him and says, “Sorry I could not open the door as I am engaged in drafting a letter to a men’s organization to invite them to attend a grand social gathering that our ladies group is holding next week.” She pauses for a while and then continues, “Who is outside?”

On hearing this the wife frowns and says, “Tell him we have no room for him. We do not have enough time for Deen to enter our house. Also tell him to go to the Masjid. That is his right abode.”

The man comes out and informs Deen about his inability to let him enter their house although he very much wishes he can.

This in fact is the condition in many homes today. Although the man might be righteous and having piety he is helpless in front of his family. The reason is the environment we are living in is extremely polluted with un-Islamic people, culture, norms, forbidden activities and indulgences.  If the head of the family fails to fulfill his duties as the shepherd of his home than he is solely responsible for failure of Deen to enter his home.

Some ways the head of the family can let Deen enter his home:

May Deen of Allah flourish lavishly in our homes. Amin.