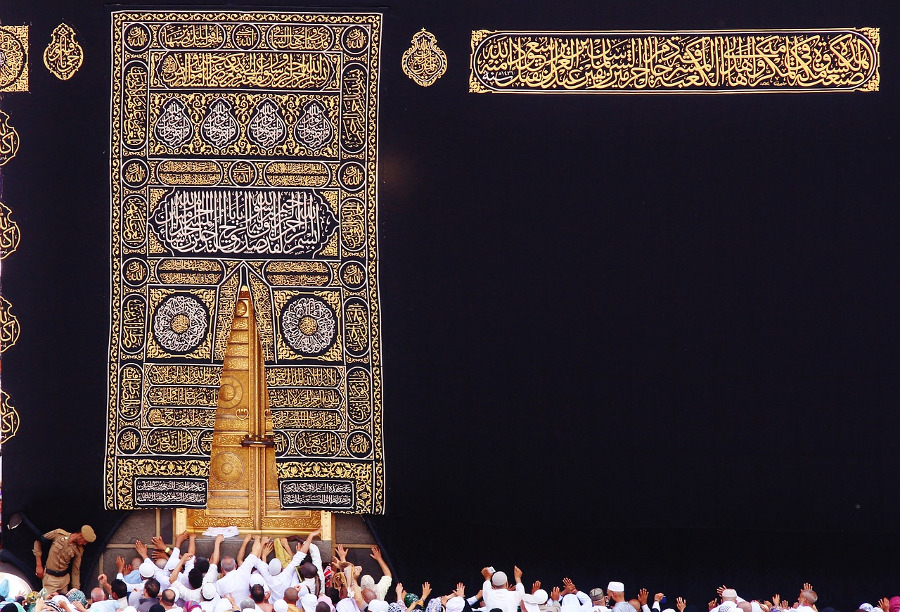 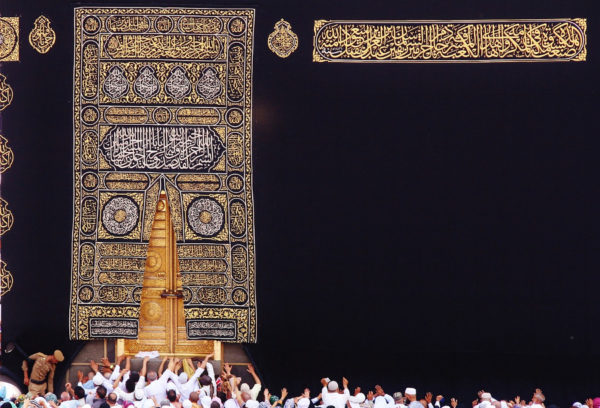 The Sacred months are already here. And soon you will be departing for the Sacred cities of Allah Most High and His Beloved Rasul (ﷺ). The honourable angels will follow your progress from the skies and graciously escort you into the very heart of Islam and Imaan. Not only will they echo your heartfelt cry of “Labbayk”, but even the rocks and stones which you pass by, will join you in the Talbiyah. Your long-cherished hopes will be realized, your sincere Du’aas answered and your dreams realized.

“And for (the pleasure of Allah), it is incumbent upon people to make Hajj of the Baitullah” (Suraah Al-Imraan v. 97)

O, Haaji! The sweet Mercies of Allah always seem like dreams. Marvel at your good fortune and your awesome destiny. Indeed, it is not only your wealth that takes one for Haj, for many are the millionaires who like last year and the year before promised themselves that they will go set out for this sacred journey. However, they never got down to it. They died rich in wealth but bankrupt in Imaan. They died without having really lived. They died miserably. They died without making Hajj.

You have been given the Taufeeq by Allah Most High due to your firm intention and His Kindness. You, who were penniless just the other day, is now afforded the occasion to spend tens of thousands of rands to go into the barren desert of Arafaah, with no other motivation but to fulfil the rights of Allah Most High! You, with a feeble and weak heart, will be made to bear the separation of your little innocent children. Your Trust in Allah Most High – that He will care and look after them – deserves to be saluted in the heavens!

O Haaji! Understand well that your Journey is not a single journey. It is a journey that is wrapped with layers and layers of other journeys. May you be alert and appreciate of the various journeys your Imaan will experience during this journey of your Haj.

Hajj: A Journey of Jannah

Rasullullah (ﷺ) said: “Between one Umrah and another Umrah is the Kaffarah of sins, and there is no reward for an accepted Haj other than Jan- nah.” (Bukhaari, Muslim)

Thus your Hajj, if done correctly, will cleanse your soul from all the impurities of sin. It is a journey to  Jannah. An accepted Hajj eases the passage to Jannah and results in a willingness to spent the rest of one’s worldly life in pursuit of Allah’s Pleasure.

Hajj: A Journey which removes poverty

Rasullullah (ﷺ) informed us that Hajj and Umrah removes poverty and sin. (Tirmizi)

Come on, O Haji, admit it: you fear your pockets being emptied. You did endless calculations and worried about the dent in your bank account. You thought you were becoming a bit poorer. How wrong were you! A Haaji never becomes a pauper or a beggar. To the very contrary, just as his journey of Hajj removes sin, so too is it a means of removing poverty and paucity of wealth.

Hajj: A Journey of Sabr

In a Hadith it is mentioned that the Thawaab of Hajj and Umrah is in proportion to the difficulty experienced and amount spent (Muslim Shareef).Sabr, O Haji, is something that you will need tons and tons of. In fact those giants who were under the illusion that they had Sabr, found themselves to be infants in the face of difficulties and trials Hajj tossed up. Millionaires line up in queues of twenty plus desperately at Muzdalifah in order to  use the toilet facilities. People flip, O yes, they flip. Doors are knocked and banged at. People scream and shout in languages they are unused to: “Jaldi karo, jaldi karo…(Make quick!)”

From having to exercise Sabr at the Hajj Terminal, (Prepare to wait for twelve hours) to making Sabr when buying a cup of tea, Hajj will teach one what the word “wait” means. So many people waiting, O Haaji, will next be seen on the Day of Qiyamah.

Sleep is but a dream during the days of Hajj. In fact, count yourself lucky to get a half-decent four feet space to sleep in Muzdalifah. In the process of pelting, prepare to be pelted. A “five star Hajj” is no guarantee for your safety during Tawaaf  from being stomped, stamped, pushed and shoved. Your wealth counts for nothing; your social status is of no value. Sabr Haji , Sabr!

Hajj: A Journey of Love

Rasullullah (ﷺ) said that for every footstep a Haaji takes, he is given a reward, a sin is removed and he is elevated one stage. (Baihaqi).

Aaah! The walking Hajj! Like small little streams converging into a river, like rivers flowing and converging at the oceans, so too do the Hujjaaj stream from their apartments and hotels, to converge on the roads which eventually flow into the ocean of Rahmat, called Arafaah.

O Haaji, how beautiful is Imaan and Islam! O Haaji, never will you see so many different flags being hoisted by such a variety of people. Sandals and bottles, cans and mats, shoes and boxes  – all hoisted upon sticks. From anything of a group between three to three hundred and more, you will see the flags of Imaan and Muslim brotherhood fluttering proudly. The echoes of Labbayk of walking Haajis ring through tunnels and shakes the very core of  their souls and makes ones Imaan grow and flow, flower and blossom; in every vein, bone and pore.

Hajj: A Journey of acceptance in the Divine Court

In a Hadith it is mentioned that a Haajee will intercede on behalf of four hundred family members. Yet in another Hadith, Rasullullah (ﷺ) said that a person who makes Umrah or Haj is a guest of Allah. If he makes Du’aa, Allah Most High accepts his Du’aa and if he asks for forgiveness, Allah forgives him. (Ni’saai)

Value each and every word of Rasullullah (ﷺ). Does it not impress upon you the lofty status that you as a Haaji enjoy in the Sight of Allah? Indeed it does. Thus make plenty of Du’aa for yourself, your family and friends, the Ummah and humanity and our beloved country. Make Du’aa for both your worldly needs and the needs for your hereafter.

Hajj: A Journey of a Re-birth

Rasullullah (ﷺ) said that whosoever performs a Hajj free from arguments and sin, then that person is purified from sin just as the day his mother had given birth to him. (Bukhaari, Muslim)

O Haaji! Those who fear Allah Most High will tell us that this is the ultimate reward. So many sins we committed in our lifetime, so many rights of Allah Most High we destroyed, so much pride we brazenly and daringly flaunted, so many Divine Laws we held in contempt, so many Sunnahs we abandoned – our evil is sufficient to  blacken the skies, blot out the sun, cause the oceans to become bitter and make the earth sink  —  what hope could there be ever for our forgiveness? O Haaji! Rasul (ﷺ) gave you the glad tidings of returning home purified from sin just as the day your mother gave birth to you.

O Haaji, hereby follows certain “do’s and don’ts” . Insha-Allah, it will guide you and make your journey easy. DO be clear in your objectives of Haj which are: (1) To answer Allah Most High’s summons.(2) To make sincere Taubaah.(3) To be firm on Taubaah by being in the company of the pious until death. DO shelve all thoughts of comfort and, you will, Insha-Allah, be comfortable. DO understand that today’s journey is voluntary but Tomorrow’s will be entirely different.. DO keep check of your gaze. Men are also expected to observe the laws of Hijaab and Haya. DO read your Salaah in the plane. If you discard Salaah whilst going to the Baitullah, then how will you succeed in upholding it at other times? DO recite the Talbiyah loudly because Jibra-eel Alayhis Salaam instructed Rasullullah (ﷺ) to tell his companions to recite “Labbayk” loudly. Whenever the Talbiyah is recited the angels give one the glad tidings of Jannah. Most importantly, do source all your Deeni Masaa’il and Fatwas from ONE Institution or Mufti who is endowed with the Khauf of Allah Most High. You are under no obligation to follow your group Mufti etc.

Don’t leave without seeking forgiveness from the ones you have wronged. Don’t display anger, rather control it. Don’t allow your womenfolk to congregate and parade themselves at the airport. Complete all greetings at home. Don’t allow the eyes freedom to roam and stare at other women. Don’t watch Haraam video and Haraam TV programmes during the journey. Sins committed whilst going for Hajj incur Allah’s immense displeasure. Don’t argue with people. Last, but not least Rasullullah (ﷺ) said that there is no “Labbayk” for a Haraam Hajj. Thus, be careful that you only eat absolutely Halaal food.

To our sisters, we humbly appeal: Don’t heed calls to abandon the Niqaab and Hijaab. Wear an Ihraam cap. Be careful lest you unwittingly become a means  of people’s fantasies. Your silent Talbiyah is a guide to you as to how much Hijaab your voice entails. Do not transgress Allah’s Laws and Limits by broadcasting your voice to the whole world in interviews on Radio stations.

You are now present in the most Sacred of places, on the most Auspicious of days, in the Holy state of Ihraam. Fear Allah with all your strength for Haya is your treasure! Be a personification of the words of our Nabi ((ﷺ)) whom you soon intend to visit: “HAYA IS HALF OF IMAAN”– lose your Haya and lose yourself!

The above are but some words of advice in order to ensure that you have a peaceful Hajj – A Hajj filled with Imaan and Yaqeen; a Hajj which will draw you closer to your Host – Allah Azza Wajal; a Hajj which will change your life; a Hajj which will drown you in an ocean of mankind and impress upon your soul your utter insignificance; a Hajj which, through sweat and tears, aches and pains, troubles and trials will scrub and polish you until you are as sinless as the day you were born…