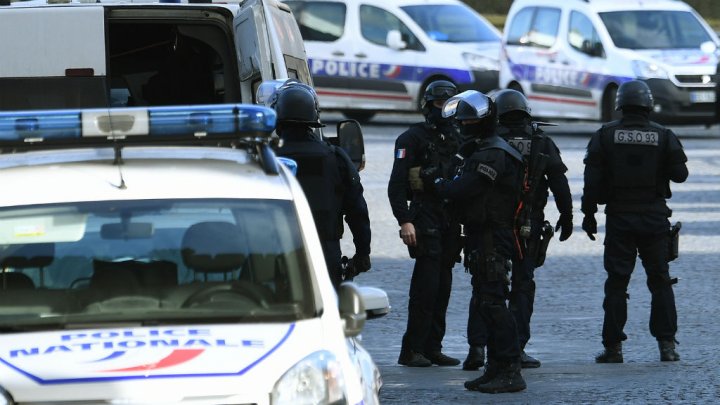 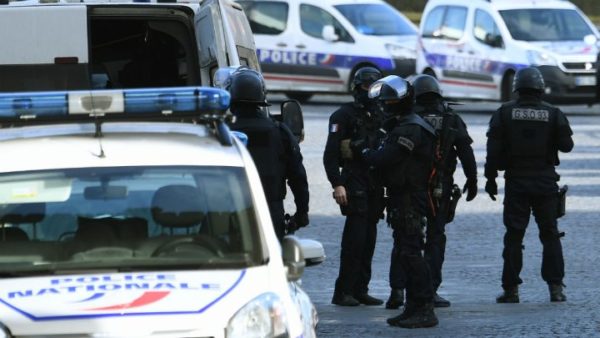 Paris: They called themselves Operational Forces Action, a small, right-wing vigilante group from all over France that had planned to kill Muslim civilians, prosecutors say.

Police cracked the cell over the weekend, with prosecutors saying it had begun testing explosives. The group was planning to kill veiled women, imams and recently released Islamist prisoners, and wanted to attack mosques and halal grocery stores, according to French news media.

All 10 defendants – nine men and a woman – were charged late Wednesday with terrorist conspiracy, while some were also charged with illegal possession of firearms and the manufacturing of explosives. The group was led by a former police officer.

Authorities pointed to the group’s literature, which claimed that it was “fighting the Islamic peril.” Although it was unclear if an attack was imminent, prosecutors said they found 14 handguns, 22 rifles, thousands of cartridges, explosive materials and a guide called “homemade napalm” in their homes.

France suffered a series of devastating terrorist attacks in 2015 and 2016, and fears of Islamist terrorism still run strong. The news of the militant right-wing group was received in France with a mix of curiosity and some disbelief, and is sure to play into a long-running debate about the often-tense relations between Muslims and non-Muslims.

The French news media has resorted to identifying groups like the Operational Forces Action – AFO in French – as the “ultra-right” to distinguish them from the political far-right, including the party of Marine Le Pen.

Le Pen, who was defeated in a runoff for the presidency last year, was quick to disavow the defendants. But Louis Aliot, a member of Parliament from Le Pen’s party who is also her significant other, told the newspaper L’Opinion that “if groups are forming to defend themselves, it is first and foremost because the state is being soft on radical Islam.”

A website that says it is associated with the vigilante group expressed a similar sentiment, mocking French security services for being “incapable of stopping the Islamic attacks.”

The former police officer who led the group was once a poll watcher for Le Pen’s party. His name, like those of the other defendants, was not released by the authorities.

Unlike in the United States, where the radical right regularly agitates and holds noisy and visible rallies, “in France they have very little visibility,” said Jean-Yves Camus, a specialist of the far-right at the French Institute for International and Strategic Affairs, a think tank.

“It’s very rare to have demonstrations by the ultra-right,” Camus said. “Everything is very much underground.”

Six of the defendants remained in detention, while four were released under judicial supervision.

The prosecutor’s office said the group had held meetings to define “objectives, and the actions that would allow them to attain these objectives.” It was looking for weapons, had tested some explosives, and was giving courses in “survivalism” and “combat.”

The arrests were carried out in Corsica, the Paris suburbs, western France, and the South. Two of the suspects had minor traffic and drug offences, prosecutors said but otherwise they did not have arrest records.

French news media said that besides the retired police officer, the group included an ex-soldier, an ex-teacher, an artisan and a restaurant worker.

The website that says it is associated with the AFO is a farrago of threats and vague ideology. The home page calls the French internal security services “the haunt of Anti-France.” It lists as adversaries “upholders of the Islamic system,” as well as “sub-Saharan Africans,””humanists” and “Rights-of-Man types.” Jews are listed as “targets if the War of France breaks out.”

A specialist in right-wing groups, Stéphane François of the National Centre for Scientific Research in France, said the AFO was “not at all” well known in the constellation of cells on the extreme edges of far-right politics. Nonetheless, all the groups share some characteristics.

“We’re really in the domain of identity here,” said François, “tied to white European identity, French or regional, which must be defended in the face of the supposed Arab-Muslim invasion.” He added that the groups were convinced that Muslims would slowly “substitute themselves for the white race and European civilisation.”

Like Camus, François suggested that the threat from such groups was, for the moment, minimal. “These people are fairly clumsy and disorganised,” he said. “For the moment, they are at an amateur level. The risk is that they organise themselves more seriously.”

Antoine Martinez, a leader of a right-wing group called Volunteers for France that aims to “defend France’s identity,” said some of its members, including the retired police officer, broke off to form AFO last year over disagreements about how exactly that should be done.

“They probably considered that we were working within the law, and that might not have corresponded to their vision, and that’s the reason that led to their exclusion,” Martinez said.

But the difference was in strategy, not ideology.

“Our job is to resist the policies of the leaders who are leading the country, from our point of view, straight into the wall, given what we know about the problem of Islamic terrorism, aggravated today by the migratory invasion.”