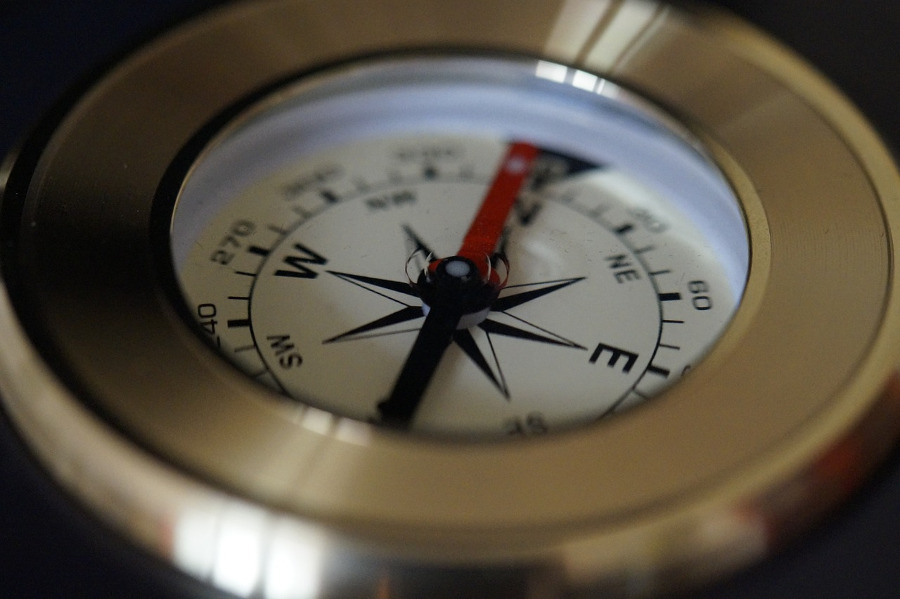 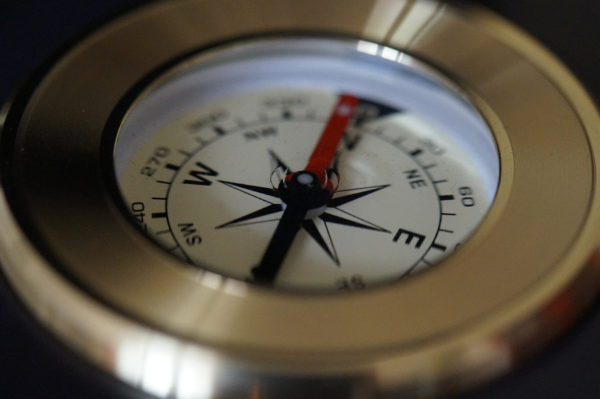 My intention is to share my journey from being a Hindu to accepting Islam. I hope that my story will be an inspiration to the Ummah.

I was born into a devout Hindu home, where the normal activities included attending the temple which was built by my late grandfather, and fasting, as instructed by my parents. My family held a high profile within the Hindu community.  I obeyed my parents in the best way that I could in every aspect of life.

In October 2009, I started to question my faith. I wanted answers as to how I could somehow build a stronger relationship with the Almighty. I asked my family questions on numerous occasions, but nobody could give me answers. Thereafter, I started talking to the Almighty from my heart, asking Him to guide me to a faith that will give me peace in my soul, teach me how to pray and strengthen my bond with Him.

By the miracle of Allah Most High, I had met my ex-husband (may Allah Most High reward him for his efforts and guide him onto the straight path) who is a born Muslim. Often, we are faced with situations whereby a Muslim marries a non-Muslim[1] and the “change” is forced in a dictatorship manner. My ex-husband never did this. Instead, he started talking to me about Islam, who is Allah Most High, who is the Prophet Muhammad (ﷺ). After a few weeks, when I prayed as I was taught to do from a young age, I noticed a slight disconnection within myself and found that there was something missing. This feeling was such that I cannot describe it in words.

Alhamdulillah (praise is for Allah), after many arguments and trials with my family, I accepted Islam. Arrangements were made for me and some arrangements failed, but Allah Most High knew that this was the path for me and He was not going to leave me stranded or alone when I was forced to leave my home for the sake of Allah Most High.

Allah Most High placed me in the hands of a pious family who are very much involved in the effort of da’wat or calling to the truth of Islam (may Allah Most High accept all their efforts and time, the patience they exercised for the sake of Allah Most High and the manner in which they lived up to the sunnah). We often hear the words that we are brothers and sisters in Islam. However, most of the time, it is mere lip service. Alhamdulillah this family really lived up to this and made me feel that I am their sister in Islam.

The gift of imaan (faith) is no ordinary gift, it is an extremely rare gift from Allah Most High, and my du‘aa, which I made as a non-Muslim, was answered. I asked Allah Most High for answers and Allah Most High kept His promise. If we ask Him for guidance and the protection of our imaan, He will never fail us. Imaan is something that we cannot and should NEVER gamble with. If we lose jewelry or some other material item, we can survive without it, BUT without imaan we cannot survive.

When my family found out that I am now following the path of Islam, my road was filled with hurdles. I never lost contact with them, even though I had to listen to insults such as “You have embarrassed us! We hold a high name in the community and now you are even dressing as a Muslim – all covered up! What will people say when they see you?”

I spent days and nights emotional and heartbroken, and I asked myself on many occasions, “Have I taken the correct decision?” After all, I was once the apple of their eyes.

Allah Most High was my strength. I spent every salaah in tears, asking for forgiveness if I had hurt my family. I received a lot of help from my mentor where I had accepted Islam. She provided me with reading material which was ideal for me. When I read the story of the Nabi Ebrahim (ﷺ), it was a big eye opener for me! I read that Nabi Ebrahim (ﷺ) was also from a family of idol worshippers and also faced similar battles! Alhamdulillah, alhamdulillah, alhamdulillah!

This was the moment when my life had a breakthrough. It has been through the mercy of Allah Most High and much patience that my parents began to notice the change for the better in me, as Islam teaches us to respect parents, nurse them if they are sick, and prevents us from being harsh or rude to them (this was extremely difficult, as I would immediately want to explode if they had nasty comments about Islam), regardless if they are Muslim or not.

Alhamdulillah, it is now eight years since I entered the fold of Islam, and it has been the greatest journey of my life. The mercy of Allah Most High can never be explained. As an adult, it is quite a challenge to learn a new language, but Allah Most High actually gave me this beautiful gift of learning to read Arabic with tajweed. I remember thinking to myself in the early stages, “How on earth will I ever learn this language!” Alhamdulillah, I am now memorizing the Quraan. Who else in this world can grant such miracles? Nobody but Allah Most High!

The work of Da’wat and Tableegh is impeccable. Initially, I used to get a lot of criticism from fellow Muslims who would ask, “Are you learning Islam from Sunni or Tableegh people?” I was still in the early stages of my Islam and I was quite clueless, so it caused much confusion for me. However, now I can confidently answer that the work of Da’wat and Tableegh is not to be mocked or laughed at. I can see more of the sunnah in the lives of these people. On the Day of Qiyaamah, these people will enjoy high ranks for their efforts and the time they would take out to go in the path of Allah Most High, trying to bring people back to Islam.

Alhamdulillah, I also attended the weekly ta’leem as well as the Uswatul Muslimah programmes held occasionally. Unfortunately, my ex-husband didn’t like the idea that I was getting more involved with the jamaat. My intention, silently in my heart, was that we should start going out in the path of Allah Most High. I also asked him to try and attend the ta’leem at the musjid, so that insha-Allah, he would slowly also go in jamaat for three days. This would have at least helped him to get closer to Allah Most High and we both would have been rewarded. Since I was no longer allowed to attend any programmes, I listened to the programmes in the musjids through live streaming. Can we see the mercy of Allah Most High? Allah Most High knows our intentions and He will make a way for us if we ask Him.

Dear sisters! Those trips we make to the malls to socialize or for shopping extravaganzas, etc., are NOT going to help us in this dunya, nor will it help in the Aakhirah, BUT attending these programmes will gain immense reward for us and our families insha-Allah.

A few months back, my ex-husband gave me talaaq (divorce) from abroad. This was a build up from the latter year of our marriage. I did initially seek guidance from the ‘Ulama. However, even the most respected, knowledgeable brothers in Islam couldn’t knock any sense into his head. This is also a lesson for us to ponder over. It was arrogance that got Shaitaan banished from Jannah.

I reached a stage where I was at a crossroad, needing to choose between my marriage and my imaan (which I’m sure would have been risked had I stayed married to a man who had crossed over to the path we all dread!) Alhamdulilah, I started making sincere du‘aa to Allah Most High, asking Him to be my judge and my protector, for the sake of my love for Allah Most High. I asked Allah Most High to be my guardian, as He gave me the biggest gift and brought me right to His feet. I begged Allah Most High to save me from losing myself. “O Allah! How can I ever survive this marriage when I’m trying to get closer towards your amazing promise, but Shaitaan is pulling me away?”

As the months unfolded, the answers all came to me, some in actual events and some even in dreams. I didn’t even need to do anything. Allah Most High made it easy for me as He was in front of me leading the way. Yes, I felt humiliated to the core (I think any believing Muslimah who has been through this can relate), but even the manner in which my ‘iddat was done had visible signs of the mercy of Allah Most High. The ‘iddat might sound like torture, but it’s for our protection.

As women, we are by nature emotional and naive. The period of ‘iddat is a healing time. We can use the time to mourn, to reflect on the occurrences, talk to Allah Most High in the comfort of our homes, and get rid of any bitterness or whatever other feelings come along with this awful experience. We are living in an age where Shaitaan is at large and attacks with great force, so it is easier for a woman to be manipulated and sometimes even fooled by other people. The ‘iddat protects us from this as we are in seclusion. Forget the ideology of “he said and she said”. We have to look at the bigger picture and the eternal reward we were promised by Allah Most High. It’s not easy at all and some days will be spent in tears feeling hopeless and depressed, and there will be some sleepless nights as well, but bear in mind that Allah Most High is the only One who hears our cries and is capable of healing us.

If you are a Muslimah in need of assistance, I have been through difficulties in my life, so I know that the struggle is real and the answers lie in the hands of Allah Most High. We all commit sins, whether intentionally or unintentionally, but we have the chance daily to repent and beg Allah Most High for complete forgiveness. Allah Most High is the only One we need to beg and turn to in du‘aa.