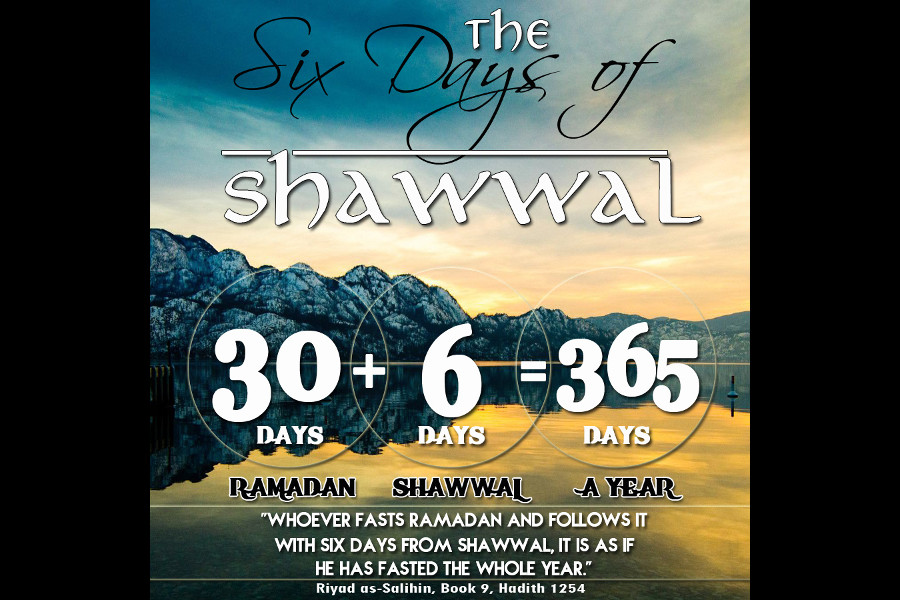 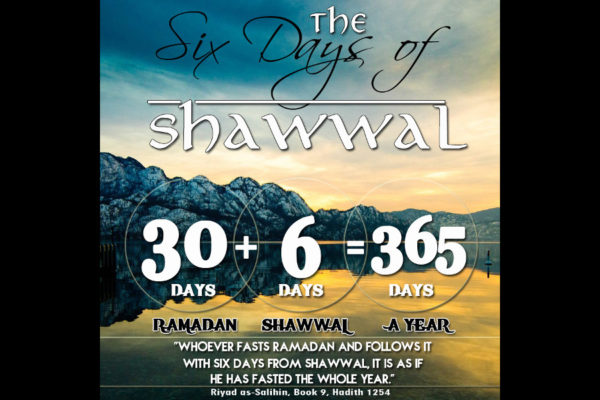 Now that Ramadan has departed, we all are encouraged to extend its spiritual momentum by observing the six fasts of Shawwal.

The Prophet (ﷺ) famously said as per the hadith in Sahih Muslim:

“Whoever observes the fast of Ramadan and follows it up with six fasts in Shawwal will be rewarded as if he has fasted the entire year.”

The Commentators have explained that since every deed is multiplied ten times, by fasting in Ramadan we are actually rewarded for 300 days and not just the 30 in Ramadan. Therefore if we follow that up with six more we will be rewarded for sixty thereby attaining the reward of fasting for 360 days.

The question arises: The promise of Allah Most High (in Surah: Al-An’am, Ayah: 160) to multiply the rewards of all deeds by at least ten applies throughout the year. Hence if someone observes six more fasts in any other month besides Shawwal, he should be attaining the reward of those additional sixty days too. So why does the Hadith specify the month of Shawwal for these additional fasts?

The general Hadith commentators have said that the reason for this is:

(1) So that a Muslim does not delay in accruing this grand reward.

(2) Another reason is that it is indeed easier for people to fast these six days immediately after Ramadan.

(3) Some have said that these fasts are to make up for the deficiencies in our Ramadan fasts.

Some Scholars have actually given a different perspective to this.

(4) Hafiz Ibn Rajab Al-Hambali (may Allah have mercy on him) has answered the above objection with the following:

“…the answer to that is: that the reward of fasting in Shawwal will be linked to the reward of Ramadan, and one who observes the Shawwal fast will receive the reward of observing the Fard fast for the whole year. This is how Imam ‘Abdullah Ibnul Mubarak (may Allah have mercy on him) explained the issue.” (Lataiful Ma’arif, pg.314-315)

So those who fast the additional six fasts in Shawwal specifically, will actually receive the reward of observing the Fard fast for the entire year! Through this Allah Most High has blessed the Ummah by ordaining the fast of 30 day only, but they can achieve the reward of 365 days of obligatory fast!

The difference in reward for Fard and Nafl deeds

Consolation for those who miss the fast in Shawwal.

If one missed the six fasts of Shawwal, the reward of fasting the entire year can still be achieved if one fasts the six additional fasts in any other month after Shawwal. Since every act is rewarded tenfold. However, in this case, the six extra fasts will yield the reward of sixty nafl (voluntary) fasts and not the reward of the mandatory fast.

This explanation has been cited by the commentator of Sahih Muslim, ‘Allamah Al-Qurtubi (may Allah have mercy on him). (Al-Mufhim, vol.3 pg.238)

Mulla ‘Ali Qari (may Allah have mercy on him) and others, also concur with this explanation. (Mirqat, vol.4 pg.477, and Fathul Mulhim, vol.5 pg.328-Dar al-Qalam)

P.S. For a detailed discussion on the authenticity of the six fasts of Shawwal, click here.