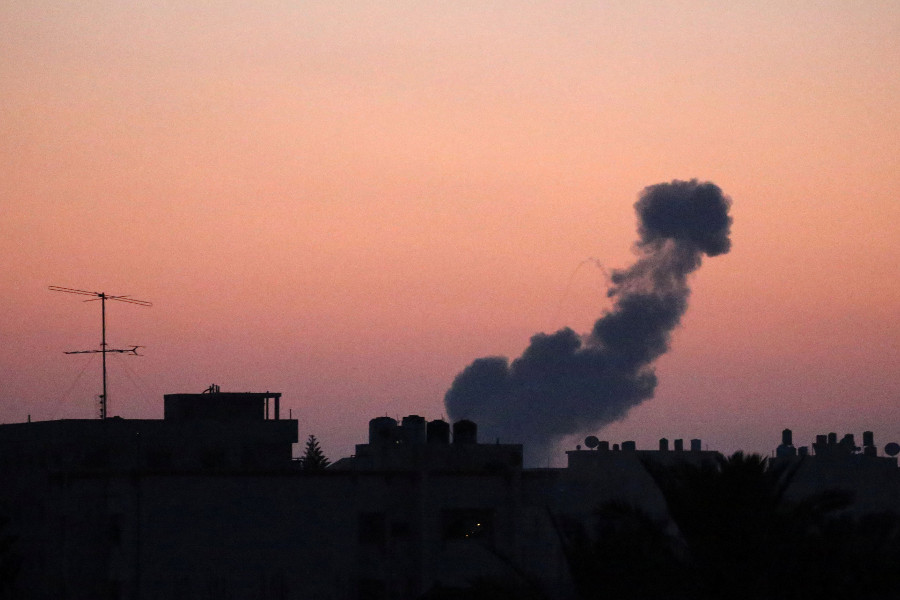 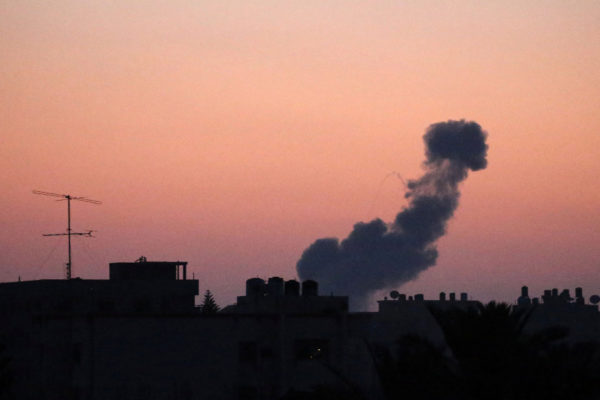 Prime Minister Benjamin Netanyahu on Wednesday said Israel may step up its “intensity” on Gaza, after a new flare-up that saw Israel carrying out air strikes.

It comes as US President Donald Trump’s special envoy Jason Greenblatt and adviser Jared Kushner visit the region to discuss issues, including the Palestinian-Israeli peace process.

“Hamas and other terrorists, but mainly Hamas” hit back after the first air raids with more than 45 rockets and mortar rounds fired from Gaza towards Israel, seven of which were intercepted by the Iron Dome missile defence system, Israeli military spokesman Jonathan Conricus said.

Three more landed inside Israel, he said, but did not account for the remainder.

In response, Israeli planes carried out more raids against 25 “terror objectives”, including an underground training compound, according to the army.

Medical sources in Gaza said five people were lightly injured in the strikes.

Speaking about Israel’s plans regarding Gaza, Netanyahu said he would not go into detail, but said “the intensity will be stepped up as necessary”.

“We are prepared for any scenario and our enemies would do well to understand this,” he said at a military ceremony in southern Israel.

In a joint statement, the military wings of Hamas and Islamic Jihad vowed to respond to Israeli attacks, saying they had “targeted seven Israeli military positions near Gaza… in response to continued Israeli aggression against resistance sites in Gaza”.

“The equation will be: bombardment in return for bombardment,” they said.

A spokesman for the Israeli fire services told AFP that firefighters had put out 12 blazes in areas adjacent to Gaza caused by flaming kites.

Tensions have soared in Gaza since March 30 when Israel met largely peaceful mass protests by the fence separating Israel from Gaza with lethal force, killing at least 132 Palestinians. There have been no Israeli fatalities.