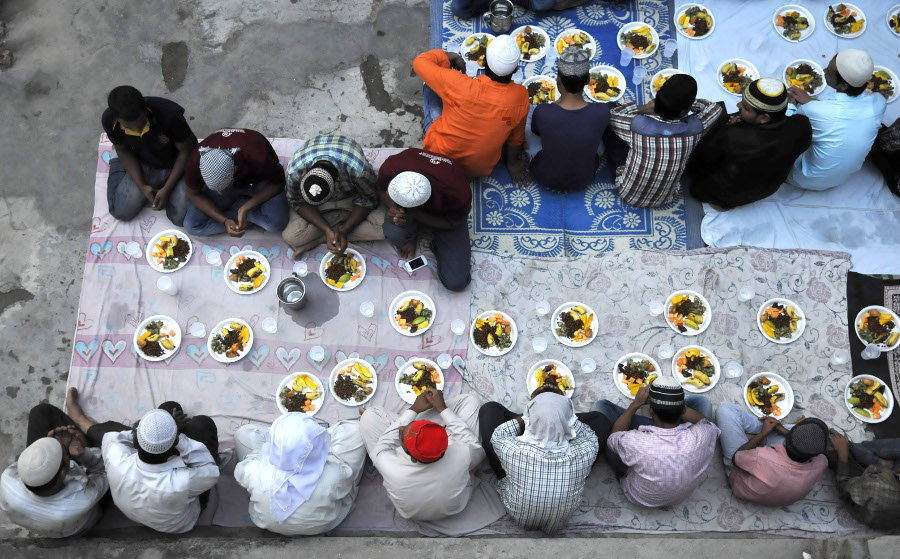 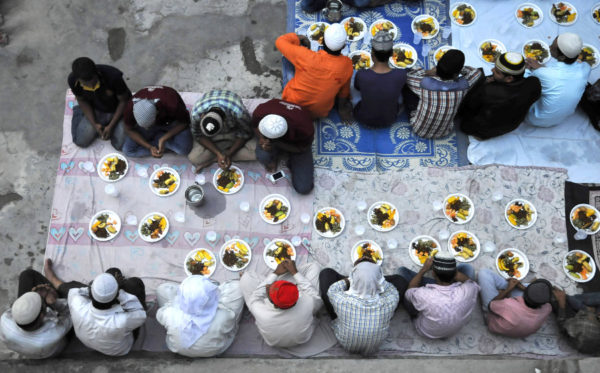 Fasting during Ramadan was ordained during the second year of Hijrah. Why not earlier? In Makkah the economic conditions of the Muslims were bad. They were being persecuted. Often days would go by before they had anything to eat. It is easy to skip meals if you don’t have any. Obviously fasting would have been easier under the circumstances. So why not then?

The answer may be that Ramadan is not only about skipping meals. While fasting is an integral and paramount part of it, Ramadan offers a comprehensive program for our spiritual overhaul. The entire program required the peace and security that was offered by Madinah.

Yes, Ramadan is the most important month of the year. It is the month that the believers await with eagerness. At the beginning of Rajab — two full months before Ramadan — the Prophet Muhammad, Sall-Allahu alayhi wa sallam, used to supplicate thus: “O Allah! Bless us during Rajab and Sha’ban, and let us reach Ramadan (in good health).”

During Ramadan the believers get busy seeking Allah’s mercy, forgiveness, and protection from Hellfire. This is the month for renewing our commitment and re-establishing our relationship with our Creator. It is the spring season for goodness and virtues when righteousness blossoms throughout the Muslim communities. “If we combine all the blessings of the other eleven months, they would not add up to the blessings of Ramadan,” said the great scholar and reformer Shaikh Ahmed Farooqi (Mujaddad Alif Thani). It offers every Muslim an opportunity to strengthen his Iman, purify his heart and soul, and to remove the evil effects of the sins committed by him.

“Anyone who fasts during this month with purity of belief and with expectation of a good reward (from his Creator), will have his previous sins forgiven,” said Prophet Muhammad, Sall-Allahu alayhi wa sallam. “Anyone who stands in prayers during its nights with purity of belief and expectation of a reward, will have his previous sins forgiven.” As other ahadithtell us, the rewards for good deeds are multiplied manifold during Ramadan.

Along with the possibility of a great reward, there is the risk of a terrible loss. If we let any other month pass by carelessly, we just lost a month. If we do the same during Ramadan, we have lost everything. The person who misses just one day’s fast without a legitimate reason, cannot really make up for it even if he were to fast everyday for the rest of his life. And of the three persons that Prophet, Sall-Allahu alayhi wa sallam cursed, one is the unfortunate Muslim who finds Ramadan in good health but does not use the opportunity to seek Allah’s mercy.

Those who understood this, for them Ramadan was indeed a very special month. In addition to fasting, mandatory Salat, and extra Travih Salat, they spent the whole month in acts of worship like voluntary Salat, Tilawa (recitation of Qur’an), Dhikr etc. After mentioning that this has been the tradition of the pious people of this Ummah throughout the centuries, Abul Hasan Ali Nadvi notes: ” I have seen with my own eyes such ulema and mashaikh who used to finish recitation of the entire Qur’an everyday during Ramadan. They spent almost the entire night in prayers. They used to eat so little that one wondered how they could endure all this. These greats valued every moment of Ramadan and would not waste any of it in any other pursuit…Watching them made one believe the astounding stories of Ibada and devotion of our elders recorded by history.”

This emphasis on these acts of worship may sound strange — even misplaced — to some. It requires some explanation. We know that the term Ibada (worship and obedience) in Islam applies not only to the formal acts of worship and devotion like Salat , Tilawa, and Dhikr, but it also applies to worldly acts when performed in obedience to Shariah and with the intention of pleasing Allah. Thus a believer going to work is performing Ibada when he seeks Halal income to discharge his responsibility as a bread-winner for the family. However a distinction must be made between the two. The first category consists of direct Ibada, acts that are required for their own sake. The second category consists of indirect Ibada — worldly acts that become Ibada through proper intention and observation of Shariah. While the second category is important for it extends the idea of Ibada to our entire life, there is also a danger because by their very nature these acts can camouflage other motives. (Is my going to work really Ibada or am I actually in the rat race?). Here the direct Ibada comes to the rescue. Through them we can purify our motives, and re-establish our relationship with Allah.

Islam does not approve of monasticism. It does not ask us to permanently isolate ourselves from this world, since our test is in living here according to the Commands of our Creator. But it does ask us to take periodic breaks from it. The mandatory Salat (five daily prayers) is one example. For a few minutes every so many hours throughout the day, we leave the affairs of this world and appear before Allah to remind ourselves that none but He is worthy of worship and of our unfaltering obedience. Ramadan takes this to the next higher plane, providing intense training for a whole month.

This spirit is captured in I’tikaf, a unique Ibada associated with Ramadan, in which a person gives up all his normal activities and enters a mosque for a specific period. There is great merit in it and every Muslim community is encouraged to provide at least one person who will perform I’tikaf for the last ten days of Ramadan. But even those who cannot spare ten days are encouraged to spend as much time in the mosque as possible.

Through direct Ibada we “charge our batteries”; the indirect ones allow us to use the power so accumulated in driving the vehicle of our life. Ramadan is the month for rebuilding our spiritual strength. How much we benefit from it is up to us.