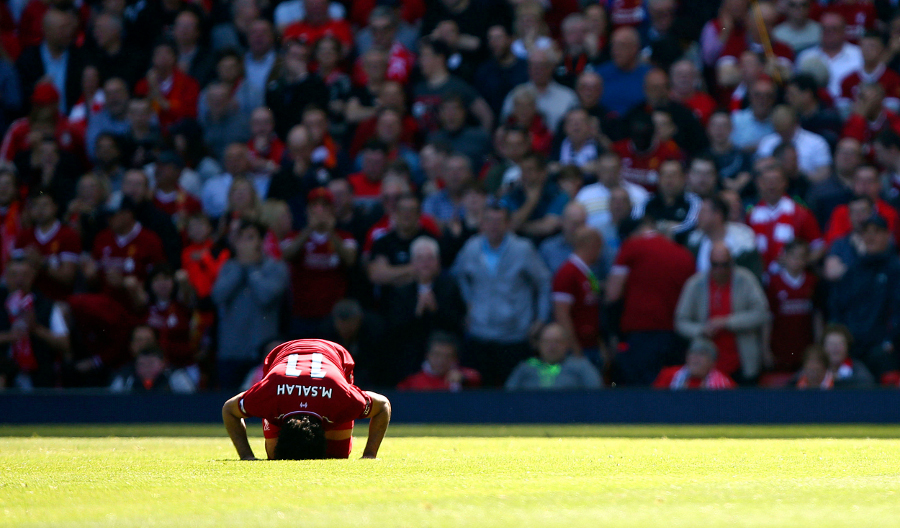 MV Editor’s Note: Several media outlets have unfairly reported that Liverpool star player Mohamed Salah will “break” or “interrupt” his Ramadan fast implying that he is compromising or violating his religious principles. This is slanderous and is either malicious or the result of ignorance. Allah Most High says in the Quran:

“The month of Ramadan in which was revealed the Qur’an, a guidance for mankind, and clear proofs of the guidance, and the Criterion (of right and wrong). And whosoever of you is present, let him fast the month, and whosoever of you is sick or on a journey, (let him fast the same) number of other days. Allah desireth for you ease; He desireth not hardship for you…” (Quran 2:185)

As is evident from the passage, people who are traveling are exempt from having to fast in Ramadan (potentially till they return to their place of origin and not just during the actual journey between origin and destination). While some outlets explicitly state that the Salah will be traveling they still manage to mischaracterize any decision to not fast.

Liverpool coach Jurgen Klopp has assured fans of the club that his star forward, Mohamed Salah is ‘full of power’ and ready for the Champions League final against Real Madrid, regardless of whether he is fasting or not.

The 25 year old Egyptian, who has scored 44 goals in 51 appearances in all competitions this season including 10 in the Champions League, is a devoted Muslim.

Muslims around the world are observing the holy month of Ramadan, which calls for obligatory fasting from food and drink between sunrise and sunset.

Many Muslim footballers and athletes often have to make a choice on whether to strictly observe Ramadan ahead and during professional engagements that fall within this month.
When Klopp was asked whether Salah had chosen to fast in the build up to crunch tie against Real Madrid, he gave a diplomatic response.

“Question number one: religion is private how I understand it. So, nothing to say about that, but it’s all fine,” Klopp told a news conference ahead of Saturday’s clash.

“You will see him out there and afterwards in training. He’s full of power and whatever you need to be the day before a final or before a football game in general.”

Is Salah fasting or not?

Liverpool’s physiotherapist Ruben Pons earlier told Spanish radio station Onda Cero that Egypt forward Salah had been observing Ramadan during the team’s recent training camp in Marbella but had chosen to interrupt his fasting three days before the final.

Salah joins the likes of German midfielder Mesut Ozil, who did not fast when Ramadan fell during the 2014 World Cup knockout stages because, as he said at the time, he was “working.”

Some Muslim players indeed take advantage of exemptions, reserved for those who are ill, traveling, or carrying out physically strenuous tasks.