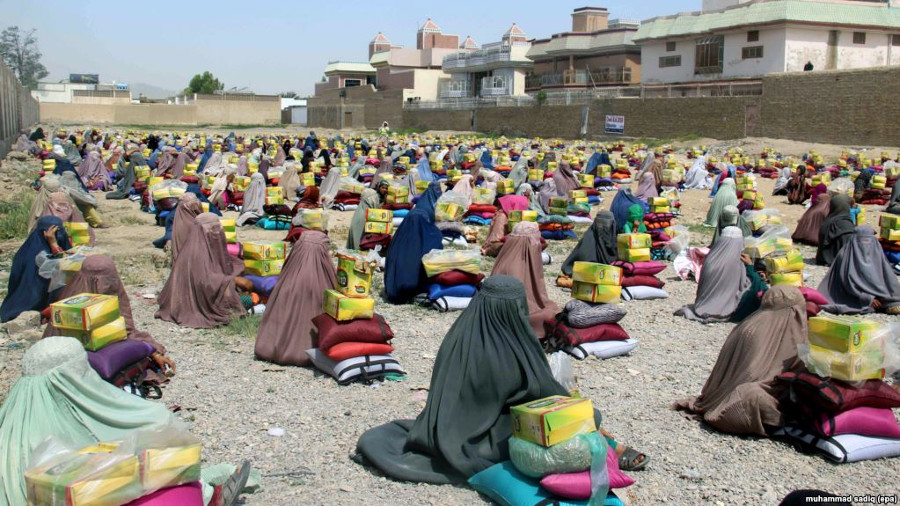 At least 2 million people are at risk of severe food insecurity because of a devastating drought in Afghanistan, the UN Office for Coordination of Humanitarian Affairs (OCHA) says.

The hardest-hit are northern and western Afghanistan, where wheat planting has been either delayed or downsized in some 20 provinces, mainly because of a lack of rain and snowfall in the winter, the OCHA report said.

“The last [winter] harvest must be considered completely lost,” said Abdul Majid from the UN’s Food and Agriculture Organization.

As many as 21,000 people were forced to leave their homes in western Badghes and Ghor provinces because of the drought, the OCHA said.

“Some 1.5 million goats and sheep in north-eastern regions are struggling to find food and more than 600 out of 1,000 villages are suffering from lack of water,” the report said.

Almost half of Afghanistan’s 30 million inhabitants — 14.8 million — are heavily reliant on agriculture either for labor opportunities or livestock, the OCHA reported.

The UN says Afghanistan urgently needs about $115 million to provide food and shelter for those hit by the effects of the drought.

The OCHA also noted in its report that almost 110,000 Afghans have been displaced by conflicts and natural disasters since the beginning of the year, while in 2017 the total number of those displaced was more than 445,000.

With reporting by dpa.