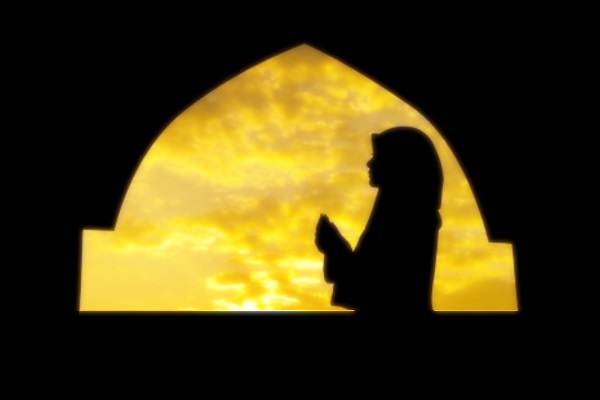 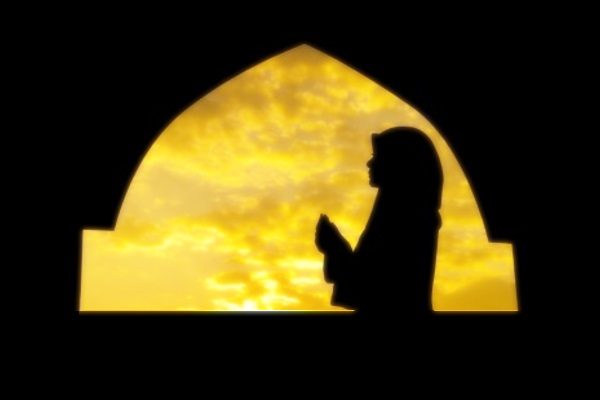 Every month women go through a menstrual cycle. Life carries on as normal however, ibadah defers. A woman in her menses (haidh) is exempt from salaah during her cycle and during Ramadan she is exempt from fasting.

So we are fine with our menses in our normal daily life, but what happens in Ramadan when we want to gain maximum out of the blessed month? When our spirituality is at its peak?

The Prophet (peace be upon him) said about menstruation, “Verily this is a matter Allah has written upon the girls of Prophet Adam (Allah bless him)…” [Bukhari]

Islam sees menstruation as a natural bodily process and does not consider it a hindrance or punishment. A women experiencing her menses or nifaas is regarded as being napaak or in hadath (terms indicating being impure in a legal/spiritual sense) for the duration of her cycle and is exempt from certain acts of ibadah or ritual worship. Because this state and its consequence are the result of Allah’s command then if a menstruating woman fulfills this command with the intention to submit to Allah’s order, she is actually worshiping Allah the entire time that she refrains from the ritual prayer and ritual fasting. However, there are numerous ways a menstruating women can engage herself in other types of ibadah.

Below are some of the ways a women experiences her cycle can still gain closeness to Allah during Ramadan and every other month. Inshallah.

1. Listen to the Quran
“The month of Ramadan in which was revealed the Qur’an, a guidance for mankind, and clear proofs of the guidance, and the Criterion (of right and wrong).” [Baqara: 185]
She should listen to the Quran as much as possible. Taking great care that she is not touching it, it is also prohibited to recite the Quran, which means to move one’s lips while producing sound. [ibn Abidin, Radd al-Muhtar.

3. Recite Durood (blessings) upon Nabi (the Prophet صلى الله عليه و سلم)
She seeks the tremendous benefit of sending blessings and praise (salawat) upon the Prophet (Allah bless him and give him peace) because it is not only an act that increases her love for Nabi(صلى الله عليه و سلم) but also raises her status in the eyes of Allah ten times, erases 10 sins and 10 good deeds are written for her.

4. Give Generously In Charity
The Prophet (peace be upon him) said, “The best charity is that given in Ramadan.” [al-Tirmidhi]
She should reach into her pocket and give whatever she can without hesitation to those in need.

5. Be Kind to Others, Including Spouses & Family Members
The Companion Salman al-Farasi related that the Prophet (peace be upon him) said about Ramadan in a sermon given on the last day of Sha’ban, “…It is a month of patience and the reward of patience is Paradise…” [Sahih ibn Khuzayma; Sayuti, al-Jami’ al-Kabir; Bayhaqi, Shu`ab al-Iman]
She uses this time to rebuild and mend any broken relationships. She should not use menstruation as an excuse for anger; instead she should shower those around her with love, care and compassion.

6. Make Dua
The Prophet (Allah bless him and give him peace) said about Ramadan, “Verily, Allah frees people (from the Hellfire) in every day and every night and for each Muslim among them is a supplication which will be answered.” [Ahmad]
She should take lots of time in her day to make dua. And should ensure that she remembers the ummah in her duas.

7. Repentance
The Companion Salman al-Farasi related that the Prophet (Allah bless him and give him peace) said about Ramadan in a sermon given on the last day of Sha’ban, “…It is a month (in which) the first of it is mercy, and the middle of it is forgiveness, and the last of it is pardon from the Fire…” [Sahih ibn Khuzayma; Sayuti, al-Jami’ al-Kabir; Bayhaqi, Shi’b al-Iman]
She asks Allah to pardon her, cover her sins, and save her from the Hell-fire. She begs for forgiveness and realizes her absolute neediness to His mercy. She wakes up in the middle of the night, even though she is menstruating, and repents in a time when Allah promises to forgive.

8. Feed Fasting People
The Prophet (Allah bless him and give him peace) also said in the aforementioned sermon, “…Whoever feeds a fasting person in (the month of Ramadan), for him is the forgiveness of his sins and freeing his neck from the Fire…” [Sahih ibn Khuzayma; Sayuti, al-Jami’ al-Kabir; Bayhaqi, Shi’b al-Iman]
She hosts her relatives, friends or community members for iftar. Care should be taken that this does not become extravagant and an act of show.

9. Show Allah Goodness
The Messenger of Allah (Allah bless him and give him peace) said, “Ramadan has come to you. (It is) a month of blessing, in which Allah covers you with blessing, for He sends down Mercy, decreases sins and answers prayers. In it, Allah looks at your competition (in good deeds), and boasts about you to His angels. So show Allah goodness from yourselves, for the unfortunate one is he who is deprived in (this month) of the mercy of Allah.” [Tabarani]
Try to do a small act of kindness each day. Even if it is just reminding everyone about salaah or waking the family up for tahajud prayers.

10. Righteous Deeds
Abu Huraira (Allah be pleased with him) reported that Allah’s Messenger (Allah bless him and give him peace) said, “When the month of Ramadan starts, the gates of the heaven are opened and the gates of Hell are closed and the devils are chained” [Bukhari, Muslim]
She realizes that now is the perfect time to carry out any act of good. Try to utilize the time well. One such way is attending lectures and programs in her locality.

We should not look at this “break’ as time off, yet we should use it to gain or keep constant the momentum of spirituality.
May Allah make us from amongst those that are always rightly guided. Inshallah.